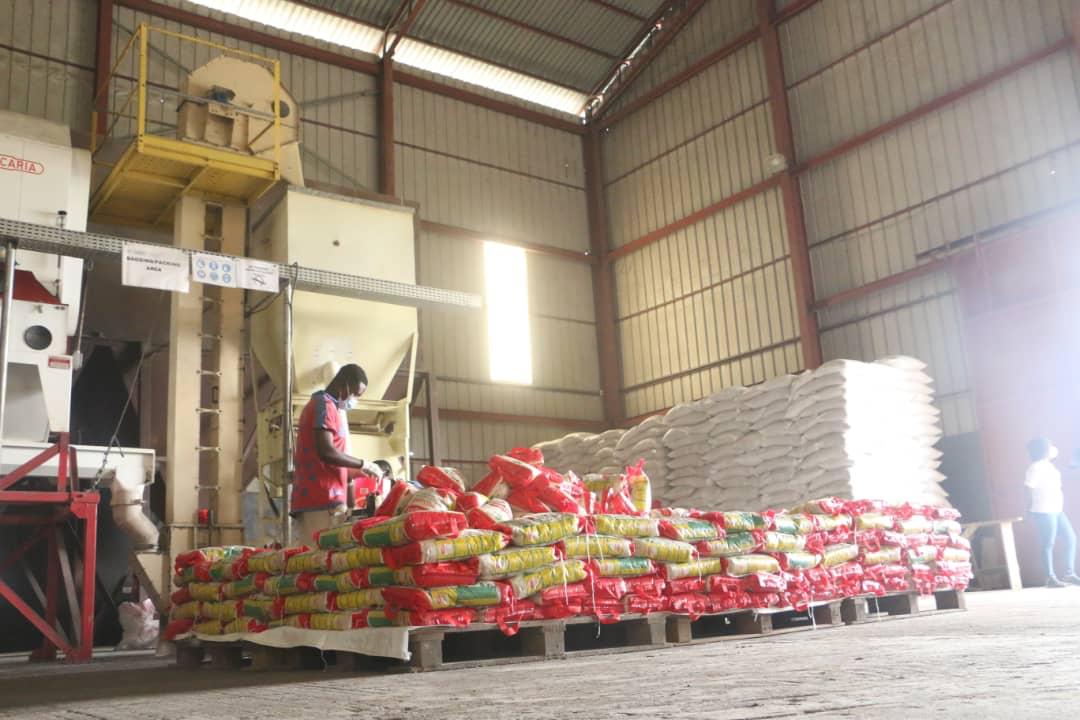 Peasant Farmers Association of Ghana (PFAG) and General Agricultural Workers Union (GAWU) have expressed disappointed in the Government of Ghana decision to suspend indefinitely the implementation of the benchmark value reversal policy.

According to them “This decision has serious consequences on the survival of the local rice industry and we appeal to the government to reconsider the “indefinite suspension” decision and implement the policy ASAP”.

On 13th January 2022, the Ghana Revenue Authority issued a communique citing a directive from the Office of the President for the indefinite suspension of implementation of the reversal of the benchmark value discount policy.

The directive came as a huge surprise to rice farmers and millers because of the numerous engagements and consultations with all stakeholders for over two years after which the prudent decision to review the policy was reached and announced by the Honorable Minister of Finance in the 2022 budget presentation in Parliament.

The benefits that come with the implementation of the reversal of the benchmark value discount is not only limited to increased revenue for government, but also fulfillment of government’s own agenda of making Ghana self-sufficient in rice production by 2024 and the industrial transformation agenda as part of the One district One Factory and Planting for Food and Jobs programmes.

Why would Government make significant investments in rice mills some of which have been commissioned by the President of Ghana in 2021 and then make such a decision that stifles the growth of the rice industry?” they asked.

Reversal of this policy will increase the competitiveness of the Ghana rice industry, create jobs and position the Ghanaian farmers and millers to be able to participate in the Africa Continental Free Trade Area (“AfCFTA”) as exporters of rice.

According to the two bodies, the recent video flooding various social media platforms on success stories of Nigeria’s rice industry is partly due to Nigerian government’s policies that incentivized local rice farmers and commitment on the part of the government to protect the interest of the Nigerian farmer and make Nigeria self-sufficient in rice.

We, Peasant Farmers Association of Ghana and Rice Millers Association of Ghana call on Government of Ghana to emulate the Nigerian example and implement this policy immediately The Benchmark value discount policy reversal is one good policy of government that has the tendency to raise revenue to help address the various challenges facing farmers and improve the quality of rice produced and at the same time, protect the local farmers and millers against dumping from highly subsidized rice from the imported nations,” they urged.

The suspension of reversal of the benchmark discount policy is retrogressive and the fastest way of collapsing the local rice industry. The impact on rice millers in 2019 after the announcement in April 2019 was devastating because by June of 2019, prices of imported rice in Ghana went down by some 20% forcing local rice millers to take a 15% to 20% price hit and eroding all margins that year. There was no respite for farmers and millers in the face of such economic impact even after we approached government to present our concerns about the imminent threat to our farms and rice mils.

The two bodies have the strongest belief that implementation of the reversal of the benchmark value discount policy on rice and investing the accrued revenue in subsiding farming and milling activities will reduce production cost and position the Ghanaian farmer and miller to produce and sell at lower cost than imported rice over time.

An estimated number of 100,000 persons who are directly engaged in rice value chain activities stand the risk of losing their livelihoods if the benchmark discount policy reversal is not implemented as planned. Please note that the President of the Republic of Ghana, His Excellency Nana Addo Dankwa Akufo-Addo during the 35th Farmers Day held in the Volta Region encouraged all Ghanaians to consume local rice,” the group stressed.

Again, the government through the honorable Minister of Agriculture has set a reviewed target to make Ghana self-sufficient in rice production by 2024 from an original target of 2022.

How do we stop the importation of rice into Ghana if benchmark value policy reversal is not implemented immediately? Such grand targets remain a mirage in the current paradigm where rice imports enjoy a 50% discount on import duties values as granted by this benchmark policy while local rice production faces high input costs and little or no support from government for millers