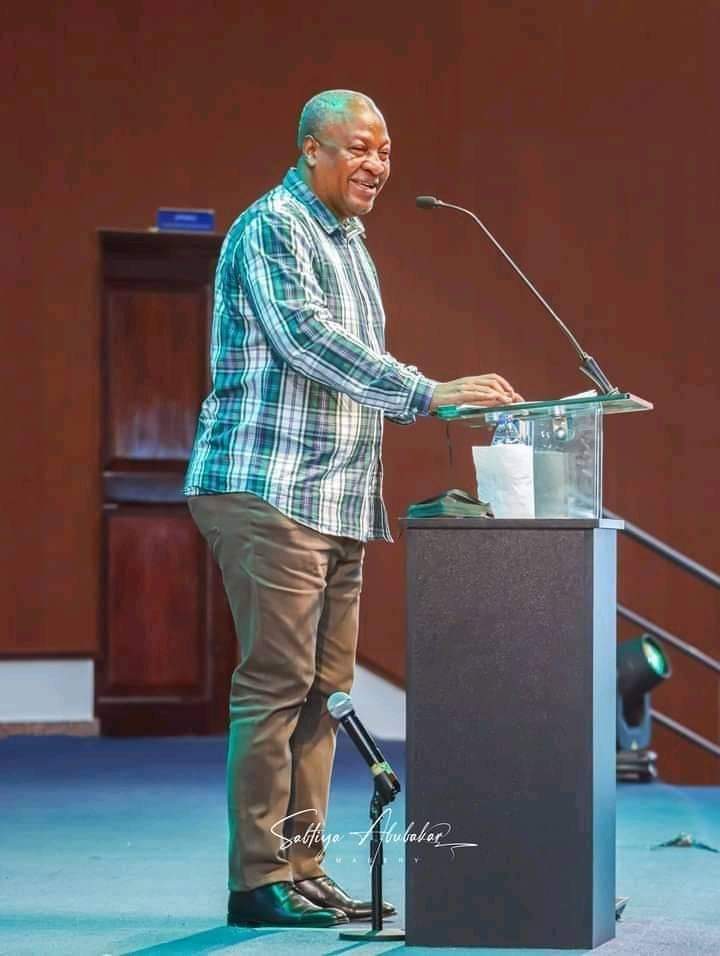 Former President, John Dramani Mahama has taken a swipe at Vice President Dr. Mahamudu Bawumia for his stoning silence on the free fall of the Ghana cedi.

He said it appears the Vice President has been arrested by the dollar.

Ridiculing the Vice President for claiming the NPP government would arrest the dollar and give the keys to the IGP comes on the back of the free fall of the local currency against the dollar resulting in the current hardships in the country.

According to ex-president Mahama, Bawumia’s unavailability to comment on economic issues during these hard times makes him believe that probably, he has been arrested by the dollar instead.

The hardship in the country has led the nation to a scale we have never witnessed in the last 30-years of our fourth republic….Daily price increases, fuel price adjustments, and nose-diving currency which has rather arrested the person who said he had arrested it. The dollar has rather arrested him. So we are looking for him we can’t find him.

We will ask the IGP if he has the key so that we could find where our Vice President was,” former President Mahama said at the launch of the TEIN App held at the UPSA Auditorium in Accra on Monday, March 21, 2022.

During his speech, the 2020 presidential candidate of the opposition NDC accused the ruling NPP government of failing woefully and plunging the country into an economic crisis.

We are gathered at the time when our country is facing economic and social hardship. The Akufo-Addo led government that came to power on the back of mouth-watering promises to make life better for Ghanaians and ensure rapid development of our country has so badly mismanaged the economy. We have been plunged into the most debilitating economic crisis in our four decades,” John Dramani Mahama shared.

While government admits that times are hard, it says it is determined to implement far-reaching measures to address the challenges.

Related Topics:Bawumiadollar; Mahama
Up Next