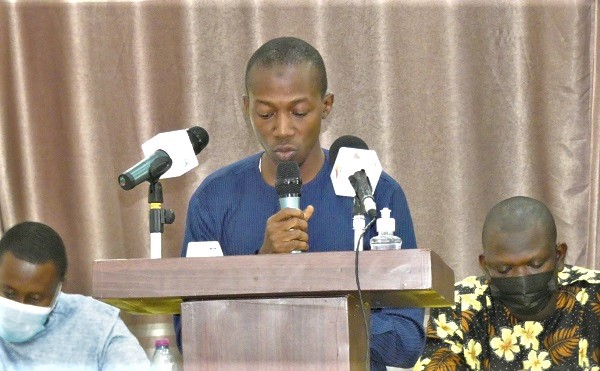 About 1.5 million beneficiaries of the Livelihood Empowerment Against Poverty (LEAP) programme have not been paid their grants for the past four months.

The payment of amounts ranging from GH¢64 to GH¢106, depending on the number of qualified people in a beneficiary household, which is done every two months, has been in arrears from November last year.

The situation has resulted in a disruption in the income of the recipients, identified as the poorest and most vulnerable segment of the population, who are now unable to meet their basic household needs such as food and nutritional needs, health care and education.

Currently, 344,023 households, made up of 1.5 million people, benefit from the LEAP programme.

This was revealed by three civil society groups at a press conference in Accra last Thursday.

Delivering a statement on behalf of the groups, the Communication Officer of SEND Ghana, Mr Mohammed Tajudeen Abdulai, expressed worry about the fact that the delays had been pervasive particularly in the past couple of years, ranging from one to three months of arrears.

Since November 2019, multiple LEAP payments have been delayed by more than two months due to budget allocations not being disbursed on time to the LEAP programme to effect payment to beneficiaries,” Abdulai stated.

He further explained that “all the six payments accrued for January to December 2021 were delayed, with the cycle payment for November 2021 currently outstanding for four months”.

Abdulai observed that on September 7, 2021, SEND Ghana issued a statement calling on the government to immediately release funds for the payment of the 73rd cycle, which was due in July 2021.

Subsequently, he noted, another press conference was held on September 14, 2021, by SEND Ghana to again call on the government to release cash grants regularly and make timely payments.

Since then,the 73rd and the 74th payments had been made, albeit with the usual delay. The incessant delay in payments means these households have been denied basic household consumption and nutrition, which eventually leads to a decrease in access to health care and education,” he stressed.

Abdulai observed that LEAP households were very poor and vulnerable Ghanaians with limited economic capacity to be able to sustain such long delays in what was supposed to be “predictable income”.

According to him, preliminary results from field monitoring conducted in four districts — Sagnarigu in the Northern Region, Ho in the Volta Region, Wenchi in the Bono Region and Sekondi-Takoradi in the Western Region — showed that “LEAP beneficiaries were generally dissatisfied with the late payment of their cash grants”.

Abdulai pointed out that information regarding the specific reasons for the delays had not been effectively communicated to stakeholders.

Our checks reveal that there has not been any attempt by the LEAP Management Secretariat and the Ministry of Gender, Children and Social Protection to engage the LEAP beneficiaries and other relevant stakeholders on when payments will be made,” he stated.

That practice, he observed, was “unacceptable and defies the principle of good governance and accountability”.

We, therefore, call on government to immediately release funds for payment to beneficiary households to alleviate their long-suffering and hardships,” Abdulai noted.

Responding to questions from some journalists, the Deputy Country Director of SEND Ghana, Dr. Emmanuel Ayifah, observed that the delay in payments had nothing to do with challenges with the system of disbursement or mode of payment of the funds but due to lack of funds.

He stressed the need for the Social Protection Bill to be passed into law this year to help resolve some of these challenges and hold duty bearers accountable, stressing that the termination of the LEAP programme should not be an option.