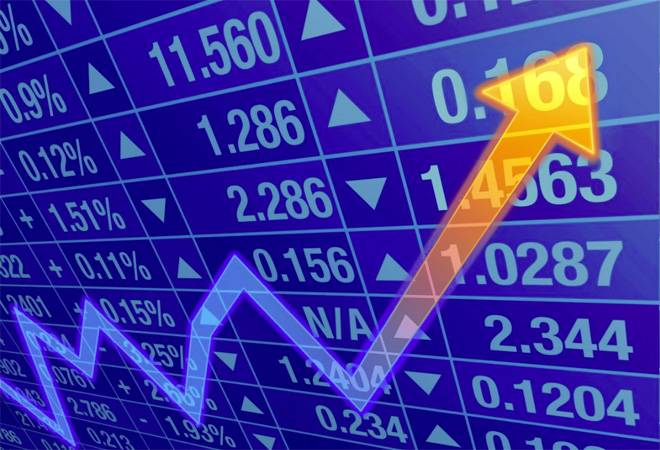 Big shifts in the stock market are often in the news, whether they are booms in the US or falls due to the coronavirus or the financial crisis.

As companies grow, they issue shares. The largest companies in the UK have shares which are bought and sold on the London Stock Exchange.

Their collective performance is often quoted amid a blizzard of numbers that may feel confusing and irrelevant. Rarely does anyone mention during a coffee with friends that the FTSE 100 has dropped well below 7,000 points.

But there are good reasons why this performance affects your life and finances.

‘I don’t invest’ – actually, you probably do

Many people’s initial reaction to “the markets” is that they are not directly affected, because they do not invest money.

Yet there are millions of people with a pension – either private or through work – who will see their savings (in what is known as a defined contribution pension) invested by pension schemes. The value of their savings pot is influenced by the performance of these investments.

Pension savers mostly let experts choose where to invest this money to help it grow. Widespread falls in share prices are likely to be bad news for pension savers.

As much as £600bn is held in defined contribution pensions at the moment.

This is what has happened in the last year to the FTSE 100 – pronounced “Footsie” – which monitors the performance of the top 100 companies listed on the London Stock Exchange.

So big rises or falls can affect your pension, but the advice is to remember that pension savings, like any investments, are usually a long-term bet.

“There’s a huge difference between knowing you’re connected to the stock market and panicking about it,” says Sarah Coles, from investment platform Hargreaves Lansdown.

“Stock markets always go up and down over the short term, and while we’re seeing particularly large movements right now, it’s important to bear in mind that investors have lived through major ups and downs in the past and come out the other side.”

No, some people have a pension which promises a specific value, depending on their salary. Others have no pension at all.

About 10 million people have been automatically enrolled into a pension and may have not really noticed.

This scheme sees employers divert wages into a pension and contribute some money themselves. The government adds a little in tax relief.

In every case, the value of these pension savings is affected by investment performance. So “the markets” matter – maybe not as much as everyday wages, but for future pensions.

What about people retiring or retired?

Timing is more critical for those at retirement age, as this may be when a retiree uses their pension pot to buy a retirement income, or annuity. The bigger the pot, the more income they will get in retirement.

Anyone who has a pension pot invested and is taking an income from it will again see their investment go up and down with the stock markets.

That could mean getting less than you expected if you cash in too much after stock markets have fallen, making it important to plan how to make up any of this shortfall, experts say.

If I’m still in work, can my job be affected?

Dozens of big companies have warned, for example, that the coronavirus will hit their share price.

Trouble over an extended period could have an effect on the amount of work available, says Moira O’Neill from Interactive Investor.

“So if this short-term blip becomes something more pronounced, there could be an impact for the wider economy and maybe your job.”

Do changes affect my mortgage?

There is no direct link between the stock market and your mortgage or rent.

However, if panic on the stock market spreads to the wider economy, one reaction might be to cut interest rates. This is the decision of a committee in the Bank of England and of other central banks around the world.

Interest rates in the UK have been low for some time. A further cut could still make variable, or new fixed-rate, mortgages cheaper (either yours or your landlord’s), but also means cash savers will probably get less return on cash savings.

Conversely, if the economy – and the cost of living – are considered to be growing too fast, the Bank would think about raising interest rates, so people do not borrow too much.

It can be hard to find positives when people’s jobs are affected, or – as in the case of the coronavirus – stock market performance has been affected because lives are being lost.

Yet, in purely investment terms, lower share prices can offer an opportunity to buy, in the hope that over the long term, they recover and rise. Many people will do this initially through a stocks and shares Individual Savings Account (Isa).

Ms O’Neill points out that anyone tempted to do so must consider how prepared they are for their investment to keep falling and make sure they do not put all their money in one type of investment.

Some people invest money in what are known as tracker funds. These go up and down in line with the performance of a certain index, such as the FTSE 100.

So if the index falls, so does the value of their investments and vice versa. One advantage of these funds is that they often cost relatively little to sign up to.

What about my holiday money?

Among the markets that hit the news reports are the currency markets.

In other words, the value of various currencies compared to each other. That affects the exchange rates you get when you change holiday money.

This can be affected by a range of factors, some of which are different to the issues affecting companies’ share prices.