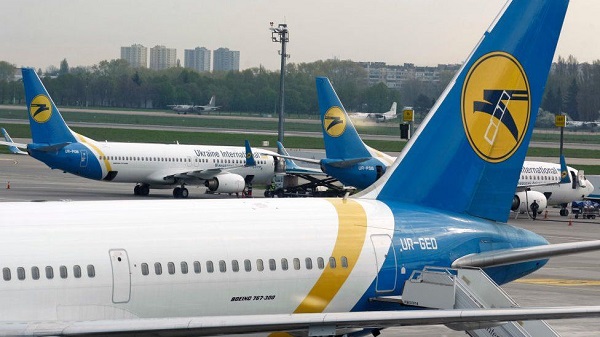 Ukraine has closed its airspace to civilian flights after Russia began military action in the country.

Ukraine cited a high risk to flight safety due to the use of weapons and military equipment.

The European Union Aviation Safety Agency warned of safety risks in flying in airspace near to Ukraine’s borders, including in Russia.

There is a risk of both intentional targeting and misidentification of civil aircraft,” the regulator said.

“The presence and possible use of a wide range of ground and airborne warfare systems poses a high risk for civil flights operating at all altitudes and flight levels.”

Aircraft flying to or from UK airports have been ordered to avoid Ukraine’s airspace by the Transport Secretary Grant Shapps.

British citizens were advised to leave the country on Tuesday.

We continue to stand with the people of Ukraine and work with our international partners to respond to this act of aggression.”

Wizz Air and Ryanair, who were still flying to the Ukraine from the UK, said they had suspended flights.

In 2014, a missile brought down passenger plane MH17 in Ukraine airspace, killing all 298 people on board. It was en route from Amsterdam to Kuala Lumpur.

It came amid heavy fighting between Ukrainian forces and pro-Russian separatists in the Donbass region, who had just declared independence.

International investigators tracked the missile that was used to Russia, which has denied any involvement.

Related Topics:Ukraine airspace
Up Next

Life may actually flash before your eyes on death – new study