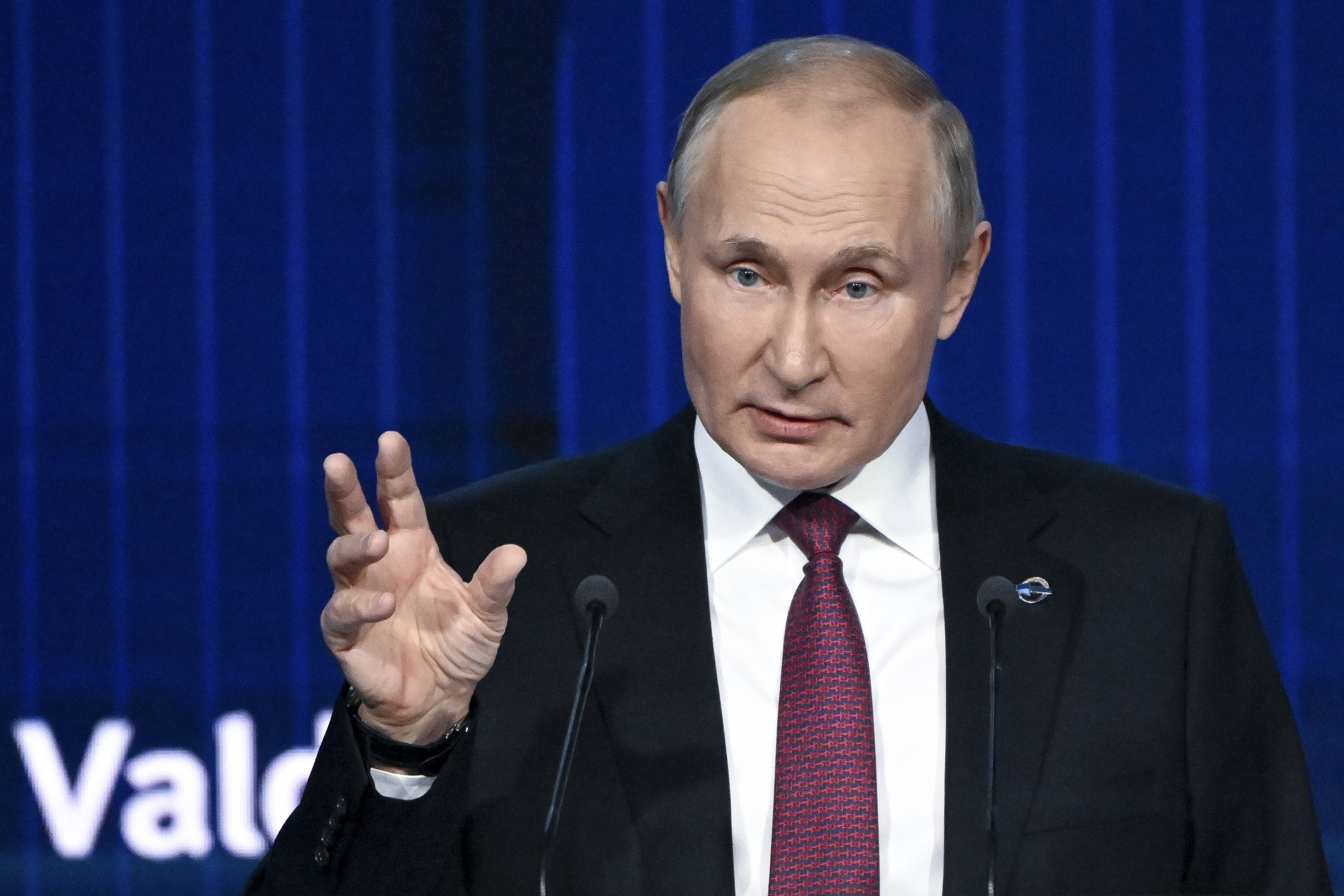 The Pan African Business Forum, a Non-Profit Organisation (NPO) that comprises top tier entrepreneurs, corporate executives, government and supranational institutional officials, leaders of thought and civil society leaders, from all around the African continent – has observed with intense interest the changing nature and scope of socio-economic relations between Africa and the leading economies in both the Western and the Eastern hemispheres- the former represented by the United States of America and the latter represented  by both China and Russia.

During the month of October 2022, the Executive Committee of the Pan African Business Forum (PABF) led by its Chairman, Dr Ladislas Prosper Agbesi officially met with a delegation of both the International Congress of Industrialists and Entrepreneurs (ICIE) – Russia and the Russian Union of Industrialists and Entrepreneurs (RSPP) led by its Vice Chairman and Executive Committee to discuss and formalise the various opportunities of establishing cooperation and collaboration framework agreement between the Russian Federation through the ICIE and the RSPP, the Pan African Business Forum and the African continent through the African Union (AU).

It is worth noting that the Pan African Business Forum has maintained a strong working relationship with the ICIE and the RSPP for over twenty (20) years, which relationship has culminated to the official meeting between the ICIE, the RSPP and the PABF held in October 2022 in the Middle East. Consequent to that and with a view to strengthening the historical and strong tie between the Russian Federation and the African continent, the meeting has led to the signing and formalisation of  Memorandum of Understanding and Framework Cooperation Agreement between the International Congress of Industrialists and Entrepreneurs (ICIE) and the Russian Union of Industrialists and Entrepreneurs (RSPP) on the one part on behalf of the Russian Federation and  the Pan African Business Forum on the other part on behalf of the African continent.

According to the  Executive Committee of the Pan African Business Forum, the signing of these cooperation agreement are in line with  the historical tie between the Russian Federation and the African continent, which demonstrates the two parties’ commitments to reinforcing, repositioning and strengthening the relationship between the African continent and the ICIE and the RSPP through the promotion of investments between African entrepreneurs and Russian entrepreneurs across various economic sectors, with key areas of cooperation including agriculture, energy, Oil & Gas, mining, education, commodities, financial services, food security, maritime, shipping and logistics, healthcare, agro processing, aviation, transportation, telecommunication, technology, satellite technology just to name a few.

Of particular interest to the PABF organisation is the recent shift and repositioning of the world’s richest nations including the Russian Federation towards the African continent in the wake of the ongoing Russia – Ukraine conflict. Potentially, in as much as the Russia – Ukraine conflict have had a profound effect on the  global balance of power both politically (geopolitics) and economically with richest nations (G7) and their allies siding and supporting Ukraine whilst imposing a barrier of sanctions against the Russian Federation, the African continent has continued and remain neutral in its position vis a vis Russia as it is seeking and pleading for a peaceful resolve to the ongoing conflict. The position of the African continent of keeping a neutral position towards Russia, not publicly criticizing Russia and not vetoing at the UN Security Council against Russia coupled with China’s neutral position towards Russia has changed and transformed the historical relations that the Africa continent has had with its traditional partners, namely the United States of America, Europe, UK and Canada, which nations have provided unconditional military and financial support to Ukraine.

Noticeably, of late the Russian Federation has accelerated its economic and military cooperation with the African continent across various economic sectors from mining, oil & gas, defence, financial services, education, technology which cooperation witnessed the Africa tour of the Russia Federation Foreign Minister, His Excellency Sergey Lavrov across many African nations in 2022. In support of Ukraine and to lobby the support of Africa, in August 2022, the USA Secretary of State, His Excellency Antony Blinken did an Africa tour, visiting South Africa, DR Congo, Rwanda and Ethiopia. Whilst His Excellency, Antony Blinken’s visit to Africa could be seen as part of a competition between Russia and Western powers for support from African countries over the war in Ukraine, His Excellency, Emmanuel Macron, President of France also toured Africa in 2022. 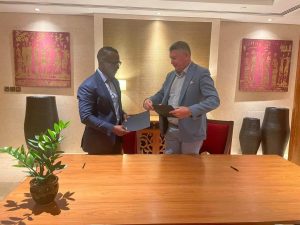 Economically, the African continent has been the hardest hit by the ongoing Russia – Ukraine conflict, despite the USA and China’s continuous attempts of providing support to the African continent for post COVID 19 economic recoveries. COVID 19 coupled with the Russia – Ukraine conflict has been disastrous for Africa as it has brought about economic shocks, high inflation, food insecurity, oil & gas shortages, increase in food prices, increase in oil & gas prices and high cost of living.

On the other hand, Russia has been widely seen by Africa’s leadership and general populace alike as an immediate cause of the sharply rising food prices and energy costs that are afflicting the entire continent; putting its own narrow geo-political interests ahead of the very survival of some one billion already poverty ridden Africans at a time when they were on the brink of rebounding from the first pan-continental economic recession in half a century. Africa is largely dependent on Russia, Europe, USA, China and India on commodities, food and energy (oil/gas and refined petroleum). The Russia-Ukraine conflict has created an economic shock, which has resulted in a supply deficit for Africa in terms of basic commodities.

Whilst such accusations have some truth in it, albeit exaggerated, Africa sources a significant proportion of its grain imports, inorganic fertilizer and fossil fuel energy generation feedstock from Russia and to a lesser extent Ukraine; and since Russia triggered the war in the first place by invading Ukraine, the adverse effects on Africa’s economy resulting from supply chain disruptions in both countries have been blamed on Moscow.

Consequently, Dr Agbesi is of the opinion that since the PABF has maintained over twenty (20) years relationship with the ICIE with the support of Mr. Anatoly Tkachuk who presently the Vice President of the International Congress of Industrialist and Entrepreneurs (ICIE) – Russia and the Vice Chairman of the Russian Union of Industrialists and Entrepreneurs (RSPP), the PABF has reached milestones and progress in officially reaching out to the Russian Federation business communities i.e. the ICIE and the RSPP for the establishment of cooperation and collaboration framework agreement between the Russian Federation through the ICIE and the RSPP, the Pan African Business Forum and the African continent through the African Union (AU). This cooperation would benefit both Russia and Africa in promoting trade and investments between the business communities (entrepreneurs) for both parties i.e. the Russian Federation and Africa.

Albeit the PABF’s beliefs that cordial relations should be kept and maintained with Africa’s traditional economic and political partners mostly the USA, Europe, UK, China, India, and their allies, the PABF believe that the African continent being a sovereign continent with sovereign nations, the time has come for the African continent to freely chose and select its trade and economic partners without interferences and/or fear of victimisation from its traditional trade and economic partners.

In today’s global economy, any nation is seeking for trade and economic partners that will bring it lasting and sustainable solutions that will yield win -win results for the nation and its people. In mind, the Russian Federation is a partner that could propel Africa and take it to the next level of sustainable growth, economic growth, job creation, skills, and technology transfer for the benefits of generation to come.  Africa needs trade and economic partners that has vested interests for both parties without putting undue pressure on its partners.

The stance of the PABF on the repositioning and strengthening of the relationship between Africa and the Russian Federation from an economic, trade and geopolitics point of view should not be considered as a defiance to the super power’s agenda and position against Russia (including sanctioning countries that cooperate with Russia), rather as a strategic decision for the African continent and many of its sovereign countries to exercise their sovereign right to freely choose a  trade and economic partner, whom they deem suitable and aligned to their economic and trade growth agenda without fear of intimidation from super powers.

Consequently, the PABF is calling on the Russian Federation to resume the Russia – Africa Economic Summits that Moscow introduced a few years ago before the global COVID 19 pandemic unfortunately led to its suspension. It is worth noting that  under the leadership of His Excellency, Joe Biden, President of the United States of America, a US – Africa Leaders Summit will be held from 13rd December 2022 to 15th December 2022 in Washington, which summit will regroup Africa leaders, African governments, civil society, diaspora communities across the United States and Africa and the private sector to continue strengthening the shared vision for the future of U.S.-Africa relations. According to the White House, the US-Africa Leaders’ Summit will “demonstrate the United States’ enduring commitment to Africa and will underscore the importance of U.S.-Africa relations and increased cooperation on shared global priorities”. Coincidentally, China’s version of these summits will resume shortly too. 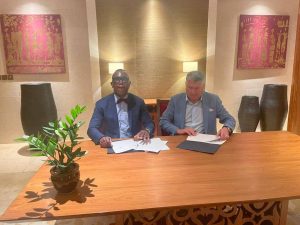 The Africa continent needs to understand the scale and importance of its quest for a renewed, robust and sustainable trade and economic relations with the Russian Federation. It is a pre-requisite for the between Africa and Russia on the African continent and its people to put its own long- term trade and economic interests ahead of any geopolitics rivalries amongst superpowers, China, Russia and their allies, which rivalries has never served any purpose nor benefited the African continent in any way. Africa should maintain its neutrality vis a vis sovereign matters of other countries.

The PABF wishes for everlasting peace across the globe and that all nations should work together towards the upliftment of their nations in all aspects from trade, economy, politics, international relations. The PABF sincerely hope that the Russian Federation and Africa’s will cooperate by formalising trade and economic ties for the betterment of the people of Russia and Africa whilst observing a neutral stance towards each other nation’s sovereign position.