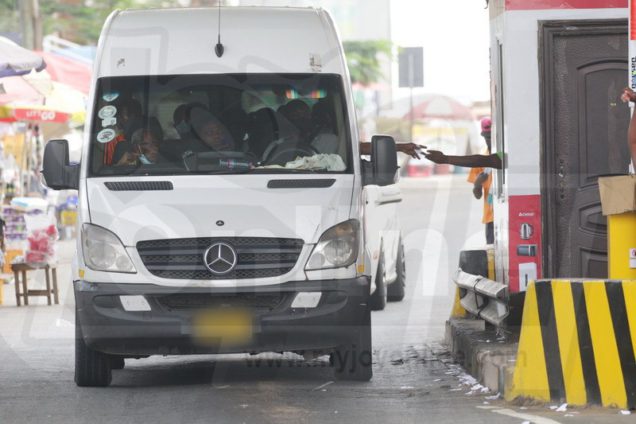 The Minister for Roads and Highways, Kwesi Amoako-Atta has said that road toll will no more be collected by human beings when the levy is reintroduced in 2023.

According to Amoako-Atta, the payment of road toll will be via electronic means.

He urged road users to be prepared to pay more money for the toll to enable the government to construct enough good roads.

The whole year, we were getting an average of GH₵78 million depending upon the ground condition, that amount of money cannot even build 10km of road. We were paying the lowest toll in the whole world. Meanwhile, we want excellent and good roads in our country.

“We want good things, we must be prepared to pay for more. We will no longer be paying the 50 pesewas and ₵1.”

Government in November 2021 announced the scrapping of road toll collection on all major highways across the country.

A year after, the government has made a u-turn to reintroduce the collection of the toll.

The reintroduction of the road toll is one of the revenue measures contained in the 2023 budget presented to Parliament by the Finance Minister, Ken Ofori-Atta.

The fiscal policy measures to underpin the 2023 Budget for consideration and approval by Parliament include the reintroduction of tolls on selected public roads and highways with a renewed focus on leveraging technology in the collection to address the inefficiencies characterized by the previous toll collection regime,” paragraph 462 of the 2023 Budget statement reads.

Meanwhile, the Minority in Parliament has stated that they will offer their full support only if the revenue from the collection of the toll would be used solely on road maintenance.

Related Topics:Road tollRoads Minister
Up Next