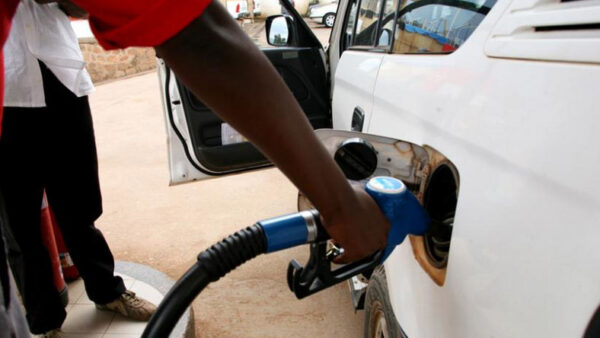 Prices of fuel are to remain stable in the first pricing window of April, 2020, according to the Institute of Energy Security, IES.

In a statement issued by the Institute, they attribute the stability in fuel prices to the fairly modest reduction in prices of Gasoline and Gasoil on the international market, as well as the 2.29% marginal reduction in price of Brent Crude.

“However, competition between Oil Marketing Companies (OMCs) to control and gain more market shares may result in the selling price of fuel falling marginally within the second Pricing-window of April 2020,” the Institute added.

For the pricing-window under review, “Fuel prices experienced reduction across some major Oil Marketing Companies (OMCs) including Shell, Goil, Total Ghana, Puma and Zen Petroleum in line the Institute’s projections,” the statement noted.

It futher noted that, “While Goil, Zen Petroleum, Puma and Total Ghana shaved-off to sell at an average price of Gh¢4.19 for Gasoil and Gasoline, Shell gave away a whopping 16% for Gasoline and Gasoil to sell at Gh¢4.29 per litre; thus making Shell Ghana the OMC with the largest percentage reduction.

“However, the second Pricing-window of February 2020 saw some OMCs maintaining their prices at the pump to record a national average price of Gh¢4.14 for Gasoil and Gasoline,” it added.

Today, the national average price of fuel per litre at the pump stands at Gh¢4.88 and Gh¢4.90 for Gasoline and Gasoil respectively.

Zen Petroleum, Benab Oil, Nick Petroleum, Frimps, Champion and Cash Oil, joined Santol as OMCs that sold the least-priced Gasoline and Gasoil on the local market relative to others in the industry as according to IES Market-scan.

On the world oil market, earlier in the period under review, crude oil prices remain largely around the $30-margin.

However, from April 3rd, 2020, prices moved above the $30-margin as the market reacted positively towards the scheduled OPEC+ meeting as well as President Donald Trump’s suggestion that he had brokered a deal to end the oil price war.

As a result, Brent crude declined marginally by 2.29% from $30.58 per barrel to close at $29.88 per barrel on average terms during the period under review.

Figures compiled by the Economic Desk from the Foreign Exchange market shows the Cedi depreciating by 0.72% against the U.S. Dollar, trading at an average price of Gh¢5.63 to the U.S. Dollar over the period under review; from a previous rate of Gh¢5.59 recorded in the second Pricing-window of March, 2020.