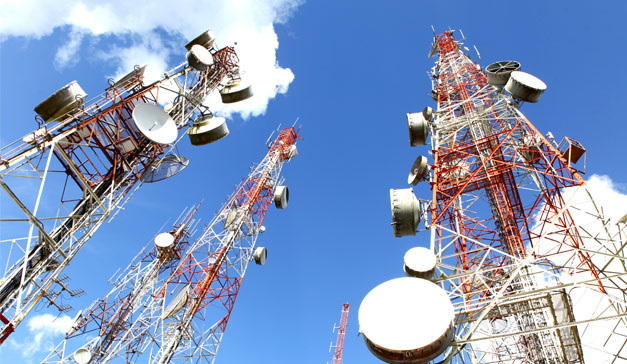 At the launch of the 25th Anniversary of MTN Ghana, the Minister of Communications and Digitalization, Ursula Owusu-Ekuful urged MTN to take advantage of its significant market power (SMP) status and drive the entire telecom industry along the path of growth.

For the ordinary man, that sounded worse than the proverbial “knocking a child on the head and asking him not to cry”. In fact, in this case it was like the child is being asked to “laugh” after the hard knock on the head. But for MTN, it appears this is just one more opportunity for them to do what they do best – strategize and maximize their benefits from what was designed to arguably curtail their growth in order to “correct the imbalance in the telecoms market”.

Government, in June 2020, declared MTN Ghana as SMP. Per the National Communications Policy, it takes one to hold 40% market share of voice, SMS, data and mobile money over a considerable period for one to be declared SMP. In declaring MTN SMP, government said MTN had controlled more than 75% of voice, SMS, data, mobile money and revenue of the telecoms market for many years.

Indeed, the record would show that MTN had for more than 15 years held more than the 40% required to declare them SMP, but successive governments sat by and watched until 2020. It is worthy of note that the declaration came exactly six months after yours truly wrote an article titled “Are other telcos working for MTN?”, in December 2019, highlighting the one-sided growth of the industry and making the case that the natural thing to do is to name MTN SMP and prevent a monopoly as the International Telecommunications Union (ITU) advises.

So, now MTN is the SMP and the industry regulator has set out seven regulatory remedies for MTN to implement. So far MTN has implemented three and is far advanced in the process to implement a fourth one, while waiting for regulatory direction to implement the remaining three.

The three SMP remedies MTN has implemented so far are:

The fourth one in the pipeline is National Roaming, which will require MTN to share infrastructure with other telcos in a way that allows the customers of the other telcos to have access to MTN connectivity services when they get to locations where their original service provider has no connectivity. So, for instance, if a Glo customer gets to a village where MTN has connectivity but Glo has no connectivity, MTN will make it possible for that Glo customer to have access to its services and then MTN will share the revenue with Glo based on some terms.

So, MTN has clearly showed commitment to carry the industry along in line with the SMP status. But beyond just implementing some regulatory remedies, MTN has gone a step further to show that it is more than willing and ready to drive growth in the entire industry for the benefit of Ghana as a whole.

In fact, when the current MTN Ghana CEO, Selorm Adadevoh was working with the defunct Tigo Ghana, he implemented a similar strategy which was piloted but never really went public. This writer had the privilege of experiencing the service once then, but it did not seem relevant at the time. But now MTN, under Selorm has implemented it full scale.

That laudable move is however not in isolation. It is a small part of a grand transformational strategy at MTN called the Ambition 2025 Strategy, aimed at turning MTN into a platform player that drives growth across the entire ecosystem. The strategy is hinged on five main pillars – Digital, Mobile Finance, Enterprise Services, API Marketplace and Network as a Service (Naas). Bottom line, by 2025 MTN will become a platform where any and everyone, including even other telcos, can plug and play – serve customers outside of MTN and make money. This is awesome news, and it more than answers the Minister’s call for MTN to take advantage of its SMP status and carry everyone along.

But of what use is MTN rolling out all these laudable strategies to carry the rest of the ecosystem along if the actual field of play – tower co-location and tower cost – remain largely unlevel?

The issue of tower cost within the co-location regime is a major factor fueling MTN’s SMP status. Indeed, one industry expertise aptly pointed out that the real SMP kingmaker in Ghana’s telecom industry is the main independent tower company – ATC Ghana – which controls about 85% of co-location towers and over 60% of all towers in the country.

So, now that MTN is showing commitment to carrying the rest of the industry along the path of growth, it is also important for the regulator to take a critical look at what is happening within the tower co-location space and how that is impacting the smaller players for whom the correction of the market imbalance is intended to make competitive. Anything short of that is mere rhetoric and to some extent, playing the ostrich, on the part of the regulator/government.

MTN as a company is doing its part (or at least appears to be doing its part) to correct the imbalance in the telecoms market. But the other piece of the puzzle is for government, whether by policy or regulation, to make a critical intervention in the issue of co-location tower cost and fair access to same, otherwise, the mere naming of MTN SMP and implementing those seven remedies will not achieve much in terms of correcting the market imbalance.

Let me explain: Telcos make money mainly when customers use their network – and customers can only trust a network and use it when that network is able to promise and deliver good quality service across all locations within its jurisdiction. No one wants to go to a village and be told that once you are in this village you have zero access to this or that network. Everyone wants to be able to have the same quality of service, no matter their location. That was what co-location of towers/infrastructure was intended to do. So, if some networks are unable to provide that, no matter what SMP remedies MTN will implement, those players will still remain uncompetitive. Simple.

Indeed, by regulation, any new entrant into Ghana’s telecoms/ICT space is required to first explore co-location opportunities before even thinking about mounting their own, if and only if the opportunity for co-location does not exist. But as things are now, per the rules regarding distance between towers and heights of towers, almost all the possible locations one can mount a tower has been occupied so players are virtually compelled to stick to the existing co-location arrangements.

Sadly, the kind of tower co-location arrangements in Ghana today largely favors the big players like MTN and to some extent Vodafone, while the rest pretty much suffer because they simply cannot afford it. The history to this is that telcos in the country sold a significant part of their towers to independent tower companies (towercos) for purposes of co-location. In doing so, the telcos also pushed most of their staff who used to run the towers in-house to go work with the towercos. They also signed lease-back agreements with the towercos, which means for the towers bought from a particular telco, the towerco is supposed to ensure that, that telco has some preferential treatment over other operators when it comes to access. It is a normal industry practice, but it hurts smaller operators and new entrants.

The result of this kind of arrangement is that telcos, which could only sell very few towers to towercos and other industry players, who had no towers to sell, are at a disadvantage because they do not have men on the inside at the towercos, and they have zero or no meaningful lease-back agreements with towercos for any preferential treatment.

The reality on the ground today is that whereas MTN has been named SMP and is implementing the necessary corrective remedies, the real field of play, i.e. the co-location tower arrangement is still very unfair so the small operators are still finding it hard to even take advantage of the remedies and grow. The truth is that the smaller operators are unable to bear the relatively high cost of co-location (GHS10,000 a month per tower) and they are currently heavily indebted to the towercos. Meanwhile, MTN is having a smooth ride on the back of its lease-back agreement and the fact that its former employees are now the top decision makers at some key towercos.

It is time for government/the regulator to think of ways of consolidating the gains made so far in the whole declaration of MTN as SMP by giving its direction in the tower co-location arrangement, particularly naming the biggest towerco – ATC Ghana SMP and ensuring that it also implements remedies that gives some breathing space to the smaller operators in terms of tower cost.

Again, ATC Ghana’s practices, as they relate particularly to the lease-back agreements, must be regulated in a way that does not shortchange smaller operators in favor of the telco SMP. Anything short of this, will make any steps MTN is taking to “carry the industry along the path of growth” a mere façade and smoke screen. MTN may be very genuine in their effort to heed the Minister’s call, but they and everyone else know that the real thing that needs fixing is the tower co-location arrangement, otherwise the market imbalance will never be corrected.