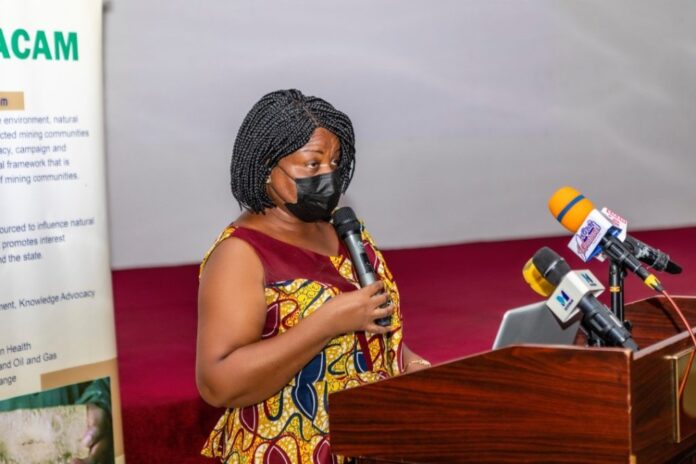 Some civil society organizations in the mining and environment sector, Wacam and the Centre for Environmental Impact Analysis (CEIA), have added their voices to the explosion disaster that hit Apiatse in Bogoso in the Western region last week.

According to Wacam and CEIA, the mining sector regulatory agencies should effectively regulate the mining companies to avoid Regulatory Capture and Agency problems to ensure strict adherence to all regulations governing safe and responsible mining practices.

This was contained in a press release issued and signed by Dr. Samuel Obiri of the Centre for Environmental Impact Analysis and Hannah Owusu-Koranteng, the Associate Executive Director of Wacam respectively.

They also call on mining companies to adhere to responsible mining regulations in the country.

We want to use this medium to reiterate our call for all mining companies to adhere to responsible mining regulations. In furtherance to this, we call on mining sector regulatory agencies to effectively regulate the mining companies to avoid Regulatory Capture and Agency problems to ensure strict adherence to all regulations governing safe and responsible mining practices”.

Wacam and CEIA was of the view that the people of Apiatse and the nation could have been spared the agony of the incident that had shocked the whole nation and its related damage if due precaution had been exercised and the safety provisions in the Minerals and Mining (Explosives) Regulations, 2012 ( LI 2177) had been adhered to in the transport of the explosives.

Our call for responsible mining practices in the country is to prevent incidences of such nature and cyanide spillages which tend to expose host mining communities to avoidable dangers”.

The two NGOs express their deepest condolence to the Chief and people of the Apiatse community who have lost their loved ones and wish those who were injured a speedy recovery.

Wacam and CEIA further commend the Churches in the area particularly, the Catholic Parish in Bogoso for releasing their church hall to be used in accommodating the displaced residents from the community.

We also commend Government for immediately activating the National Emergency Response Mechanism to address the situation. We salute the gallant men and women from Ghana Police Service, Fire Service, Ghana Armed Forces, NADMO, National Ambulance Service, Staff of Ghana Health Service in the affected area as well as the entire citizens who assisted in bringing relief to the affected people”.

Wacam and CEIA say, it is too early to officially establish the root cause of the tragic incident, and call on government and relevant agencies to conduct a full-scale investigation into the incident.

GOT A STORY? Share with us. Email: [email protected]