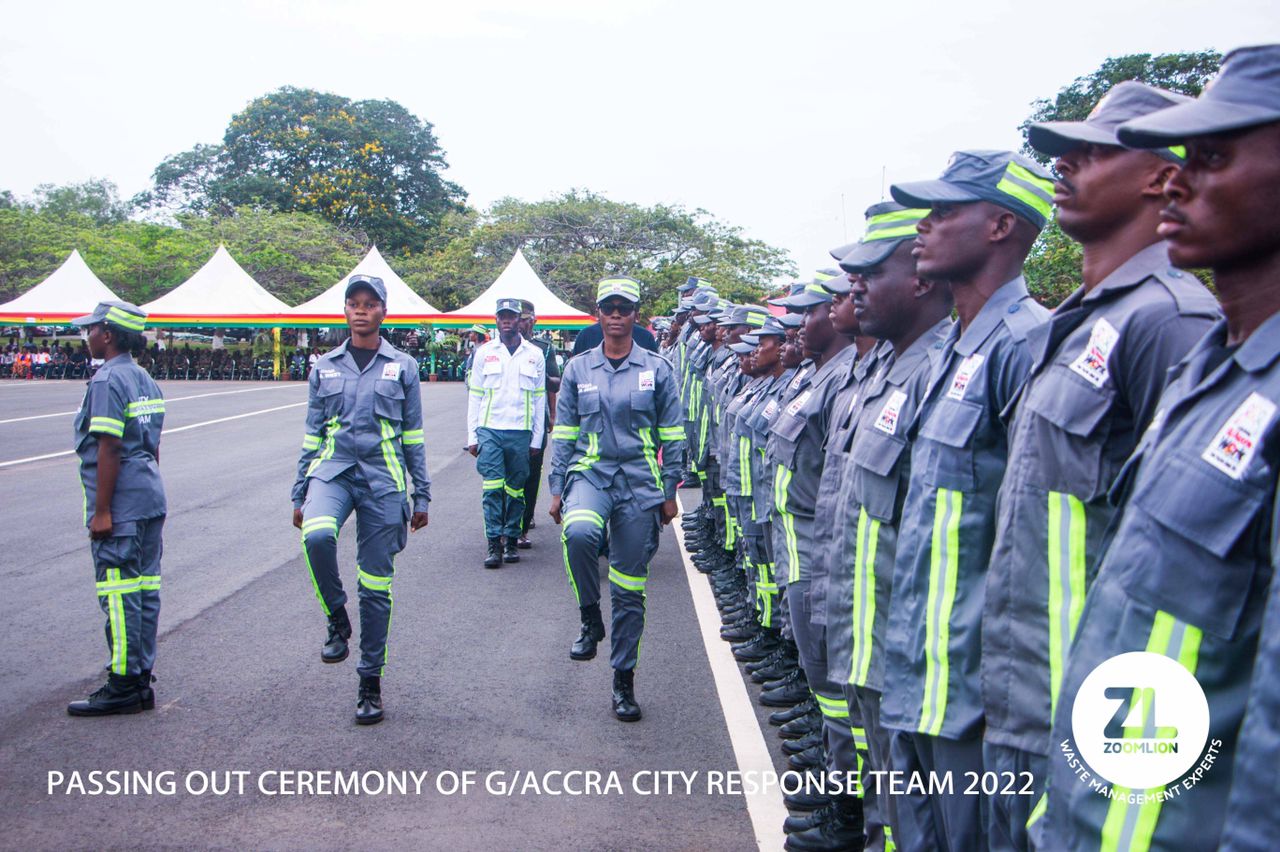 The Interior Minister has urged officers of the Greater Accra City Response Team (CRT) to work hard and be disciplined in the discharge of their duties.

Ambrose Dery, who represented President Nana Addo Dankwa Akufo-Addo, made the call at the passing out ceremony of the first batch of the Greater Accra City Response Team Course 1–2022.

In all, 867 CRT trainees passed out after four weeks’ rigorous training at the Army Peace Operation Training School (APOTS) of the Ghana Armed Forces (GAF) at Burma Camp on Tuesday, April 26, 2022.

The Greater Accra City Response Team module is under the ‘Operation Clean Your Frontage’ campaign which was launched by President Akufo-Addo in October, last year.

Dery charged the CRT trainees to endeavour to work within the confines of the law.

….work always within the confines of the law, and in the discharge of your mandate, you must see the citizenry as partners and endeavour to always uphold your relationship with them,” he entreated the recruits.

He said it was crucial that Ghanaians put their hands to the wheel and support the Let’s Make Accra Work agenda to become successful. 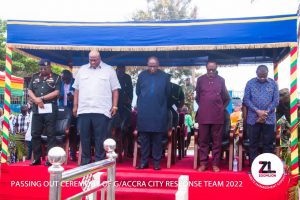 He commended the Greater Accra Regional Coordinating Council under the able leadership of Honourable Henry Quartey for this initiative, adding that it will make it obligatory for the citizenry and corporate organisations to “clean and green their frontages.”

He said the Let’s Make Accra Work campaign was a “transformational agenda” in response to President Akufo-Addo’s vision of making Accra the cleanest city in Africa.

…and under the agenda, CRT is expected to enforce traffic regulations, enforce the ban on tricycles on highways, enforce the cleaning and greening of frontages and sanitation bye-laws. They will also sensitise Ghanaians on the need to change their attitudes towards the environment,” he enumerated.

Dery assured Ghanaians that the Akufo-Addo administration was committed to maintaining the peace and stability in the country.

This, he said, will continue to ensure that Ghanaians go about their businesses in peace and stability, adding that it will also help attract investors into the country.

In a welcome address, the Greater Accra Regional Minister, Henry Quartey, pointed out that the passing out of recruits of the Accra CRT marked another milestone of the making Accra clean agenda.

As part of their mandate, he said l, members of the CRT will assist Metropolitan, Municipal and District Assemblies (MMDAs) in areas including enforcing sanitation bye-laws, traffic regulations among others.

According to him, the CRT was expected to generate about 3500 jobs for the teeming youth.

The passing out ceremony gives me great joy because it is an indication that the Let’s Make Accra Clean campaign has come to stay,” he delightfully expressed.

He was, therefore, optimistic that the trainees of the Accra CRT will deliver on their mandate.

However, he sounded a strong note of caution that any member of the CRT who decides to take the laws into his/her own hands will be dealt with accordingly.

You will not be spared if any of you take the law into his/her own hands. Always be guided by your code of conduct and the bye-laws that established your outfit.”

…don’t also arrogate to yourself laws and powers that have not been vested in you,” he warned.

Honourable Quartey disclosed that the Secretariat for the Operation Clean Your Frontage has been commissioned and was fully operational at his ministry.

He used the opportunity to particularly expressed his ministry’s appreciation to the Executive Chairman of Jospong Group of Companies (JGC), Dr. Joseph Siaw Agyepong, for his group’s continuous support and all the stakeholders in the Let’s Make Accra Work agenda.

While congratulating the CRT officers, he assured them of his ministry’s support to enable them execute their duties effectively.

He averred that the objectives of the programme have been “largely” achieved.

He charged the officers to make sure they are always disciplined in the line of duty.

According to Brigadier General Amoasi, cooperation between the military and civilians was important in the development of Ghana.

On display at the parade were 14 branded Greater Accra CRT pick-up vehicles that would be used by the CRT.