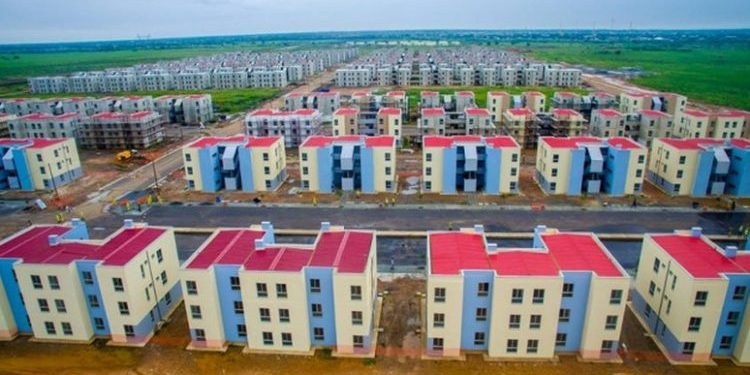 THE Ghana Real Estate Developers Association (GREDA) has expressed interest in acquiring the Saglemi Housing Project for completion and sale to the general public.

The association said its members have the financial and technical capacity to purchase the 1,506-unit housing project from the government for completion and use by interested customers.

Consequently, the President of GREDA, Patrick Ebo Bonful, told the Daily Graphic that members would be putting in their bids whenever the project was put up for sale.

But should the project not be sold to GREDA members, Mr Bonful said he was hopeful that a local developer will ultimately purchase it as part of the association’s desire to use indigenous expertise to grow the real estate sector, bridge the housing deficit and also build capacity.

The GREDA President was speaking to the Daily Graphic on the back of recent revelations by the Minister of Works and Housing, Francis Asenso-Boakye, that the government was exploring the possibility of selling the stalled project to a private investor.

Asenso-Boakye said at a press conference over the weekend that the government had already expended approximately US$196 million on the project, with less to show.

He said the government did not intend to spend additional taxpayers’ money towards completing the project, given the challenges inherent in it.

He said the state would thus be leveraging its equity stake in the form of the land and assets on the project site to ensure the completion of the units through a private developer.

In furtherance of the above, and to facilitate the processes, a technical working team has been set-up, comprising professionals and experts to oversee and spearhead all engagements required for the completion of the project.”

“This is being done with the goal of ensuring transparency and accountability, while guaranteeing value for money in the completion of the project,” the minister said.

Asenso-Boakye said estimates showed that the state would have to invest some US$46 million to provide off-site infrastructure — water, electricity, and storm drain — to make the housing units habitable.

On the proposed sale of the project, the GREDA President said the decision was apt, given the lag in completion and the myriad of challenges that the project faced.

Bonful said the decision would help release the project into capable hands for completion and sale to the public to help address the housing challenges facing the country.

He said it would also save the state additional expenses.

Bonful, however, advised any prospective buyer to do proper valuation of the project to ensure value for money.

He said the time lag showed that a lot of work and investment would be needed to bring the project up to completion, hence the need for diligence in any attempt to purchase.

He said the cost of the project and the expenses risked making the houses costly for the end buyers.

He, therefore, wondered if the project would still serve its goal of providing affordable accommodation to public servants.

The Saglemi Affordable Housing Project was initiated in 2012 for the delivery of 5,000 housing units at a total cost of US$200 million under an Engineering-Procurement-Contracting (EPC) Agreement with Messrs Construtora OAS Ghana Limited.

Asenso-Boakye said the 1,506 housing units were at various stages of completion but none were habitable because the project currently lacked basic amenities such as water and electricity.

At the same time, a technical assessment report by the Ghana Institution of Surveyors in September 2020, valued the total cost of works on-site at US$64.98 million,” the minister said.

Related Topics:GREDASaglemi Housing Project
Up Next

Ahead of 2023 economic policy Nov 24: Budget to restore stability – VAT likely to go up