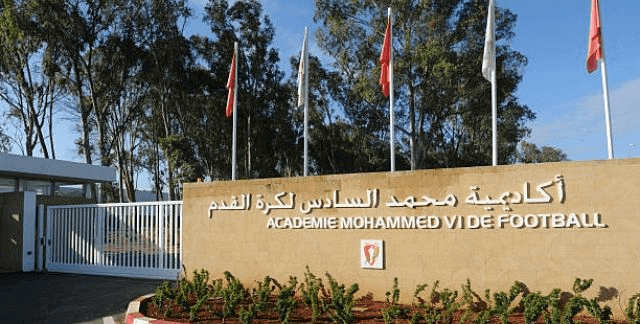 AzzedineOunahi, Youssef En-Nesyri, Nayef Aguerd and Reda Tagnaouti all come from the Mohammed VI Academy, near Rabat. Coming out of the ground in 2009, it is already beginning to provide the national selection. 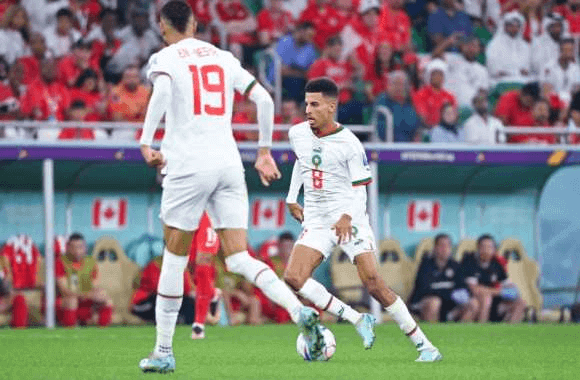 Tuesday, December 6, they were three. Three Moroccan players from the Mohammed VI Academy to start in the exceptional victory against Spain. Nayef Aguerd, Youssef En-Nesyri, and AzzedineOunahi, who completely charmed Luis Enrique. “My God, where is this guy from? “, he wondered at a press conference, despite the setback. PasclThéault, the former player-coach-trainer of SM Caen, knows him. “If Luis Enrique is surprised because he doesn’t know where he comes from, we are not, we know where he comes from,” says Théault.

Pascal Théaultwas one of the very first to join the Mohammed VI Academy, which came out of the ground in 2009 by Royal decision, in Salé, near Rabat.“His Majesty King Mohammed VI wanted to understand why football had come to such difficulties.For long time, Morocco didn’t qualify for the World Cup, wasn’t able to pass the first round of the African Cups and the non-qualification of young people in African and especially world competitions.And also the results that were missing at the level of the African Champions Leagues.So the conclusion was that Morocco had lost a bit of the thread of training young people who were the strength of Moroccan football., explains Nasser Larguet, appointed director of the project in 2007, when his contract at RC Strasbourg came to an end.

The kingdom then invested thirteen million euros in the project and offered itself an ultra-modern center, which has nothing to envy to the infrastructures of the biggest European clubs. With Nasser Larguet at the controls, the academy acquires equipment of all kinds. “There was everything to do well. Nasser has thought of everything. For example, he wanted children to be able to play on all surfaces. So he made grass pitches, he made a synthetic pitch, he made a stabilized pitch with earth, and he made a mini sand pitch. It was extraordinary,” explains Pascal Théault. But this 18-hectare academy has slight delays in delivery, and the premier cru begins to ripen 40 kilometers away, in Bouznika.“We start with a group of 18 or 20 kids. Facilities are not ready. It’s September, it’s dragging on, it should have been ready, but it’s not. And I remember that Nasser made the decision to do a one-month internship in Bouznika. And in this group, there is already Nayef Aguerd , ”recalls Théault.Not enough to undermine the morale of the trio: “We start from scratch, and that’s what was extraordinary. It was great because we didn’t have much at the start.We had 18, 20 players, the canteen was not ready. We were struggling. We are the pioneers. »

If the trainers have fun, all is not all rosy. We still need to develop the right formula to advance the Moroccan nuggets. With a staff largely from French training, Nasser Larguet tries to apply French methods.But the experience turns into a fiasco, because at the time, according to him,”a 15-year-old player has a history of training and a historic of training a 12-year-old child in France”. “We were really catastrophic for six months, and I realized that we had to change methodology.That’s what we did in collaboration with Pascal.With Thomas ,the physical trainer, we rebalanced the methodology a little bit and after that we were really right with our young people , ”says Larguet, who passed the torch to Théault in 2014. After a first year spent playing friendly matches, the former coach of OM registers all different categories in the local championships. For its first real season, the academy shines: “We are champions in under 15, champion in under 19 and we were vice-champions in under 17. History has made the first championship for under 15 years old, we won it with En-Nesyri who scored with a header. And then among the U19s, I don’t know if it’s the third or fourth year, it’s Aguerd who made us win the match with a header too , ”says Larguet. 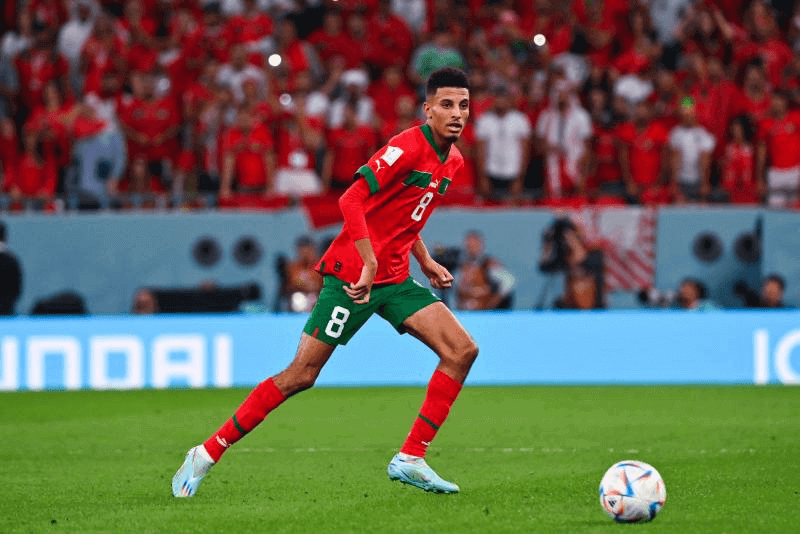 These results are not necessarily well seen by the big Moroccan teams, who are jealous of the infrastructure from which the academy benefits. “Out of three categories, we pocket two titles. In front of Raja and Wydad. So there, it was certainly a turning point. Everyone wondered what was going on. And we were, I think, very jealous because we disturbed the leaders of the country. Because we had superior means. But going so quickly to win two titles, that marked, ” describes Théault, who left the ship in 2016. “Families absolutely wanted to entrust their children to me because we were also attentive to their education , adds Larguet.We were attentive to their health, which was not the case in the clubs, unfortunately for them.And so it’s true that it attracted a little bit of jealousy.Regardingdetection, “it was done in the neighborhoods, in the villages, and I used a lot of school competitions, in particular the Danone Cup, for example. For the first promotion alone, the director says he reviewed 15,000 young people, to reduce the list to 80, then to 37 by eliminating those who lied about their age, those who had a school delay, or a medical profileincompatible with high-level sport.

Unlike a bunch of training centers in France, the academy does not refuse players on the pretext that their qualities do not correspond to the club’s philosophy. “When you train players, you have to take the best. We cannot refuse a Griezmann because he is small and technical and we have an athletic dominance.It’s dangerous to have a strong dominant because you risk missing out on guys like Gallas, Rothen, Griezmann or whoever.The criterion is to take the best.He is very good ? He is better than the players you have with you? You have to take it.And then afterwards, you have to work”, explains Théault.Nasser Larguet, however, brings a small nuance, since he confides that he slightly insisted on the athletic aspect, a recurring defect of young Moroccans.“We were neighborhood players, so we played on small surfaces.We had no notion of speed.The duels, we did not know what it was, we even fled them sometimes,”he specifies.An athletic rebalancing that has paid off: “When you see the number of races that En-Nesyri does as a striker and the quality of the duels that a boy like Aguerd has, that means that we still have to almost achieve our goal. 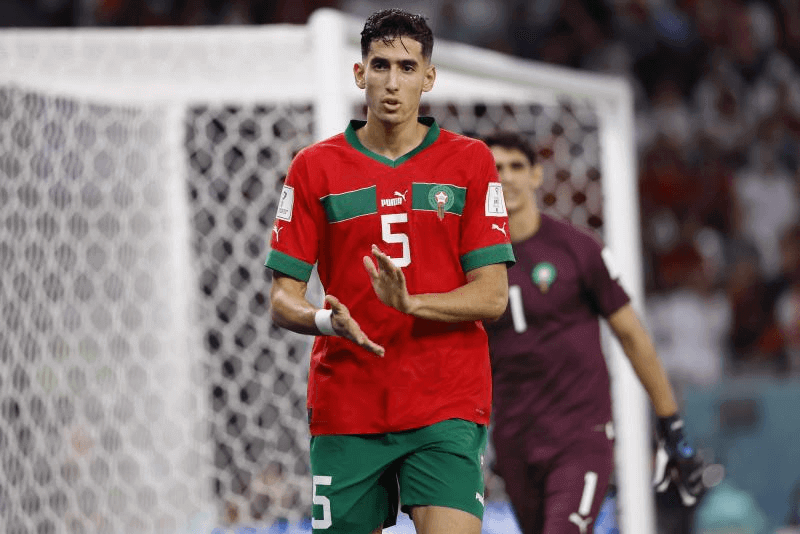 After a decade of existence, the Mohammed VI Academy has already been able to place three of its winners in the starting eleven of Walid Regragui, to which we must add Reda Tagnaouti, the group’s third goalkeeper.Even if the academy aims to provide the national team, Nasser Larguet says he is positively”surprised at the speed at which we have been able to produce these players”especially since with a goalkeeper, a defender, a midfielder and a striker, it’s a real“backbone”.The technician weighs this success, arguing that“It was also easy for us because we detect from 12 to 15 years old to bring them up to 18 years old.Unfortunately for the clubs, these are categories that do not interest them. For them, it’s from 15 years and over, because that’s where there are the championships.For his part, Pascal Théault considers that it is impossible to set a precise objective:”It’s like your children, you can’t program who is going to do super math, who is going to be an engineer, or a specialized worker in ten years.Fortunately, we are filled with humility and doubts.The more we advance, the less we have certainties.It’s happening now and it’s kind of normal in the timing, because these kids are coming of age. »

This first generation produced by the Academy, already so important among the Atlas Lions, could show other countries on the continent that such an investment is necessary to progress to the highest level.Pascal Théault, who has been crisscrossing Africa for twenty years, hopes to see this kind of infrastructure flourish everywhere:“There should be ten academies in all African countries like the one in Salé.So the states, the governments, like the king did, with the federations, have to set up projects like that.Every kid in every region could have a chance.That’s the key.If he is not lucky, if he does not have a center near his home 30 or 40 kilometers away, the little one from the village, from the bled, you will never see him in the World Cup ten years later.Now, even on the edge of the Sahara, the future Messi will not escape the Mohammed VI Academy.

In a press conference on Tuesday 13 December in Doha, Walid Regragui said “We are lucky that his Majesty the King, may God assist him, has put a lot of resources into advancing football in Morocco and this is largely his success today in having created the academy and put the resources into the facilities in Morocco with the creation of many stadiums, many training grounds and the academy of course is part of the Royal project and that is good”.

“We have always benefited from Moroccan dual nationals, and I too have played as a dual national. The 2004 generation, there were many players trained in France. But we quickly understood that we had to create training at home, have vital forces that are part of the country. And with the arrival of new players, like En-nasery, local products are good. It means that Africa and Morocco are progressing in this direction; they finally understood that they had to take themselves in hand”, he added. “His Majesty had this vision and fortunately for us today it works and it shows the world that in Morocco we are moving forward and we are working as I said”.

Educationist calls for more collaboration between parents and teachers