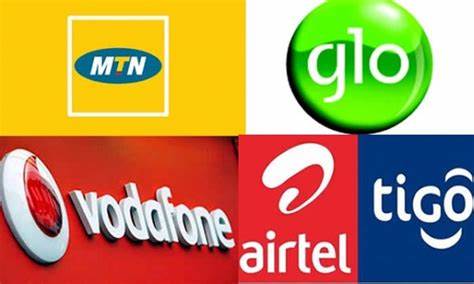 Ghana’s telecommunications system will be left on autopilot as telecom workers embark on an indefinite nationwide strike from Monday 5th September 2022, until the following non- negotiable demands are met by their employers:

The Telecom and IT Professionals Union (TIP), made up of telecom engineers, technicians, I.T professionals and other allied workers, who manage the key technical operations for the telecom operators, has served notice to the National Labour Commission (NLC) and their employers to embark on strike action in response to the direct attack by the employers at the leadership of the Union (From National, Regional and Branch) that has threatened the very existence of the Union and its members.

The move by the Union is in response to employers’ decision not to renew the contract of targeted members of TIP and Executives across the National, Regional and Branch levels. These reps are also part of the current Joint Standing Negotiation Committee or Sub-Committee negotiating the 2022 CA and salary increment with the employer which has reached a deadlock.

According to the Union, these four employers; Linfra Ghana Limited, MP Infrastructure Ghana Limited, Reime Ghana Limited and Reliance Personal Services who are subcontractors and employment agencies of Huawei Technologies on the managed service operations of MTN, Vodafone and AirtelTigo, have refused to sign a joint letter with the Union to refer to the pending issues that all parties have declared deadlock on since July 2022. The pending items are as follows:

In a letter dated 10th of August 2022, the Union reported the deliberate delay and refusal by the employers to sign the joint letter and the targeting of key Union members and reps for non- contract renewal to the NLC and appealed to NLC to intervene.

In another separate letter, the Union gave the employers up to 26th of August 2022 to pay all entitlement including the Golden handshake due to all the affected workers whose contract would end on 31st of August 2022 but would not be renewed, and an appeal to the NLC to:

In NLC’s letter of response to the Union dated 12th of August 2022, the NLC directed ONLY the Union to Stay any intended action on the 2nd of September 2022 but fail to direct the employer to do same with regards to the non-contract renewal of over 100 Union members and targeted executives.

Clearly, we are left on our own to take the necessary ACTION to deal with these unfair labour practices and conduct that threatens the very existence of the Union from the same employer mandated by law to protect the interest of their workers which includes the right and freedom of association.

Ahead of the 2022 CA negotiation, the Union in their earlier letter dated 2nd February 2022, gave the NLC, Ministry of Communication and Digitalization, Ministry of employment and labour relation and other relevant stakeholders four (4) weeks ultimatum to bring finality to a matter of unfair treatment of outsourced workers on MTN, Vodafone and AirtelTigo Managed service operations” due to the disguised employment relationship that seems to hide who the actual principal employer of these engineers and technician and allied workers, pending before the NLC since 2019 before the Union proceed with the 2022 CA negotiation with the employers. The Union sought amongst other reliefs:

Unfortunately, the NLC failed to make rulings on these reliefs sought by the Union, and the effect is the delay and dragging of pending items in the 2022 CA, the Union and the immediate employers have declared deadlock pending the employers’ cooperation to submit a joint letter to the NLC for arbitration.

We strongly believe that the Union’s resolve to identify and define who the principal employer is and their roles as far as workload, working tools, health and safety and severance pay to these workers is the reason for the mass target and intimidation of the Union members and executives for non-contract renewal and payment of their due Golden handshake which is an arbitration award granted in favour of the Union and its members in 19th of March 2022 by the NLC.

We wish to use this opportunity to call on the entire fraternity of Organize labour to join us in this fight against the abuse, exploitation, and intimidation of most workers by these so- called employers and agents in the telecom Industry.

The Union is also calling on all well-meaning Ghanaians, Civil society groups and those mandated by law to protect the Ghanaian interest to join us in condemning these unfair labour practices and intimidation tactics being deployed by these multi-national companies and their agents to weaken and destroy the workers’ front for fighting against this disguised multiparty employment relations in the Telecom Industry to bring some improvement in the working condition of the hard-working Ghanaian engineers, technicians and all allied workers.

Health staff in Northern Region schooled on benefits of eggs