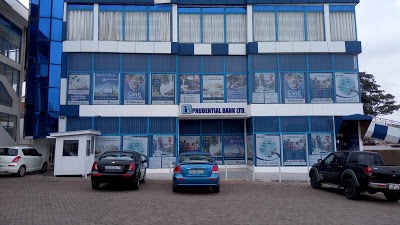 The banking survey conducted by Ghanaian research firm Global InfoAnalytics, indicates that Prudential Bank in the last quarter of 2021, led its peers in the country with regards to word-of-mouth marketing.

This is as a result of the Bank scoring a Net Promoter Score (NPS) of 79.05% – higher than its peers.

The effectiveness of the word-of-mouth marketing strategy for the two banks is measured by the Net Promoter Score (NPS) metric which rates customer loyalty and how likely customers are to refer the brand, products, and services to others.

OmniBSIC per the survey, recorded the least NPS score of 31.82%.

From the survey, all brands recorded an NPS greater than 50%, except for OmniBSIC, with a score of 31.82%,” the research firm noted.

According to Global InfoAnalytics, a score of 50 percent or more suggests that the word of mouth is working for the brand.

The survey for the fourth quarter report was conducted in December 2021 in a nationwide survey in all sixteen regions of the country.

The survey was conducted with a sample size of 2,009 bank account holders across the country.