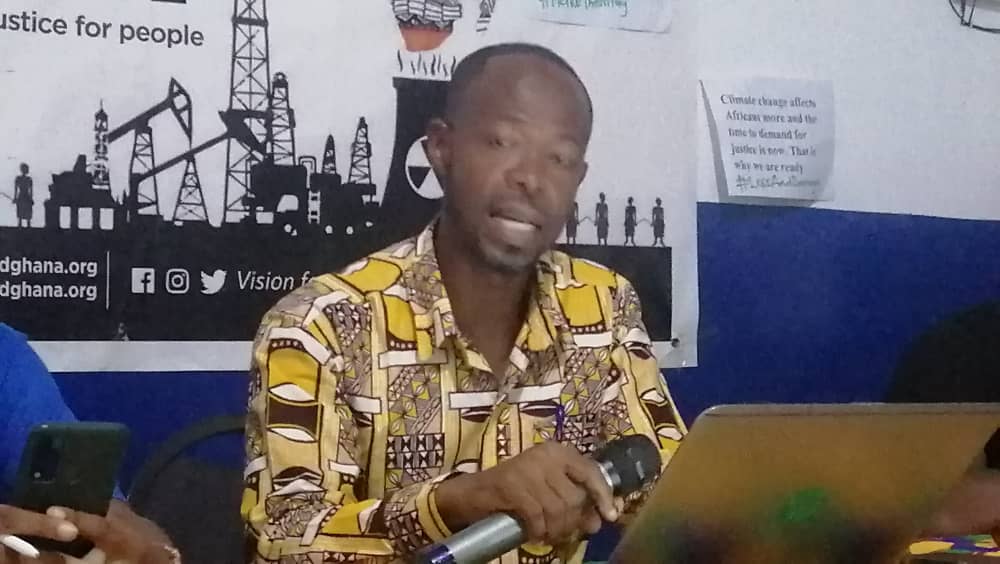 Vision for Alternative Development (VALD) – a non-governmental organization working in the areas of health, climate change and the environment has stated that the “Net-zero” emission agenda being pursued by Global North countries and some Corporations is a scam against the environment and must not be accepted by African leaders.

But VALD and its partners and supporters including the Corporate Accountability and Public Participation Africa (CAPPA) and Corporate Accountability International (CAI) believe “Net-Zero” is a scam being used by majority of polluting governments and corporations to evade responsibility, disguise climate inaction and shift burdens especially in developing countries like Ghana. 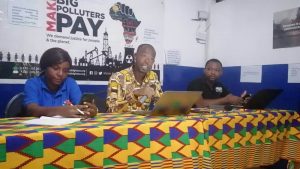 At a press conference on Wednesday, the Executive Director of Programmes at VALD, Labram Musah, said the agenda is just a money making venture for big polluters who have made it their target to make profit at the detriment of the citizenry and the environment.

“For decades, Big Polluters like Exxon, Shell, and others have spent billions of dollars denying the climate crisis, delaying action, and pushing false “solutions” at every level while raking huge sums of profits each year. They hide behind their ‘greenwashing’ Net-Zero advertisement and continue their polluting activities on daily basis,” he stated.

He noted that Big Polluting corporations like Shell have intentionally fueled the climate crisis and evaded accountability for human rights abuses like the devastation in the Niger Delta for decades.

“We want to inform polluting corporations and its stakeholders and allies that we cannot afford to fall for the same tricks that they and the rest of the fossil fuel industry have been playing for decades with their deceptive greenwashing schemes, now taking the shape of their meaningless “Net Zero” climate pledges,” he added.

Africa must reject Net Zero pledges and rather commit to achieving Real Zero emission reductions. Africa must embrace and insist on the concept of equity which demands that each country does its fair share in dealing with the climate crisis.

For emphasis, Labram Musah said the time has come for governments in Africa to hold industries that have fueled the climate crisis, funded climate denial, and blocked just climate progress liable for the damage they have caused.

“Holding them liable means ensuring that they pay for the loss and damage financially and quit the practices that have driven this crisis in the first place. Governments must also be at the forefront of developing a way forward for formalizing collaboration on non-market approaches to scale-up renewables, agroecology, keeping fossil fuels in the ground, and other proven means of preventing and reducing emissions,” he stated.

Ahead of the 27th Conference of the Parties (COP27) on climate change, VALD and its allies are urging representatives of African countries to take the opportunity and shape the remains of the climate talk by unanimously demanding what is owed to Africa – Loss & Damage finance, a global goal on adaptation, and a workable non-market mechanism for real solutions.

“The groundwork for these must be laid now in the ongoing 56th United Nations Framework Convention on Climate Change (UNFCCC) intersessional” in Bonn.  African governments attending the UNFCCC’s session in Bonn must set a stable foundation for an efficient Loss & Damage finance facility to be established at COP27 and advance strong arguments to commit industrialized and wealthy countries to provide adequate Loss and Damage finance.

“As the globe stands at the tipping point to planetary collapse; it’s time to gather courage in addressing the climate crisis and stop Big Polluters and corporate climate lobbyists from writing the rules. Bonn presents that opportunity to access the impacts of climate change commitments in Africa; it’s urgent now more than ever to hold Big Polluters responsible and make them pay for the loss and damage they have caused,” he noted. 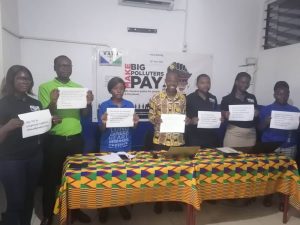 While calling on African governments to stand with people and communities rather than Big Polluters and the net zero agenda VALD said there must be a demand for loss and damage finance.

“Similarly, we call on the government of Ghana to ensure that frontline communities affected by climate change and environmental damages, and actions of the extractive industry and big polluters pay for the crisis they have caused. It is not enough to legitimize the work of extractive industry or halt their operations but to also hold them liable.

“The harm and damages caused by these big polluters are far worse than the benefit they bring to us as a country and to the African continent. We cannot take further risks as the future of our environment is uncertain. The liability roadmap provides clear and positive guidelines for our government to choose good over evil”.

Even though Africa’s contribution to the current climate crisis is insignificant, the continent is the most affected by its consequences. Ghana’s climate has changed and this is evident in the increase in temperature, rise in sea level, and more frequent extreme weather events. The durations and intensities of rainfall have increased, producing large runoffs and flooding in many parts of the country. This climate change damage situation is not different from Nigeria, Kenya and other African countries.

The current global temperature is around 3 degrees – far above the ideal temperature of 1.5 degrees according to the Intergovernmental Panel on Climate Change (IPCC). This incremental warming will get worse if no action is taken to control the activities of Big Polluters and Global North.