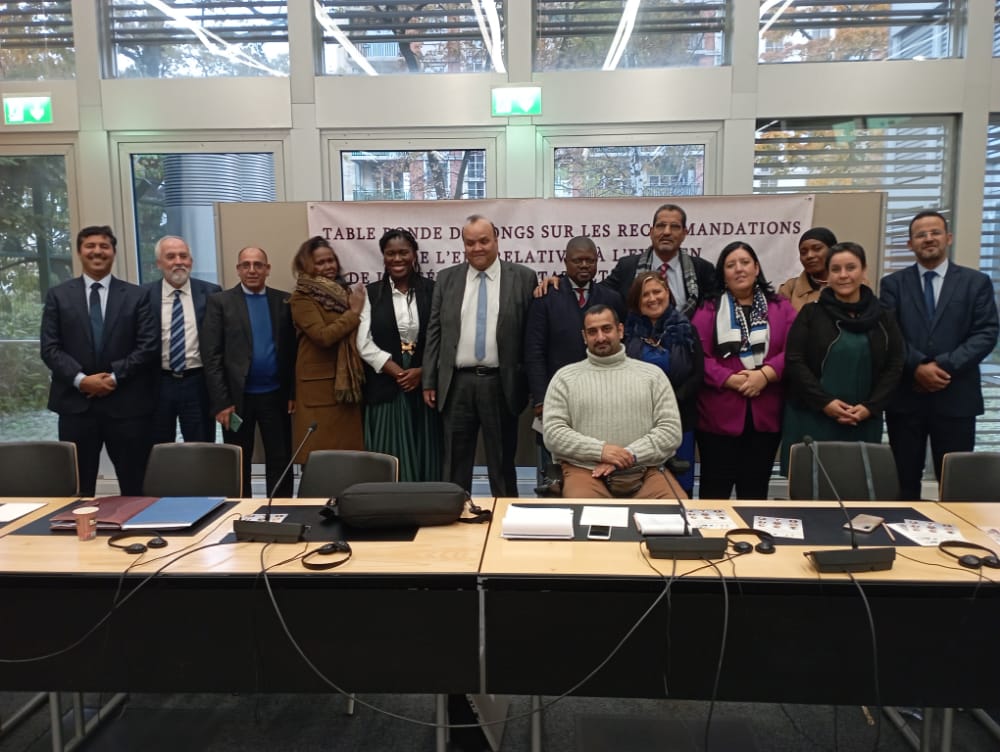 At the end of Algeria’s UPR, NGOs, experts and academics:

* remain seriously concerned about gross violations of human rights including the right to freedom of expression, peaceful assembly, right of association and freedom of the press.

* And welcome the recommendations made by the States during the UPR of Algeria, held on November 11, 2022 and which related to:

o Violations of freedom of opinion and expression and freedom of the media;

o the non-compliance of the Algerian Human Rights Council with the Principles
from Paris;

o the repeal of the amendments to article 87 bis of the Algerian Penal Code which
contain a broad definition of terrorism;

o the non-compliance of Algerian legislation with the conventions
ratified international agreements;

o the recruitment of children in the Tindouf camps and the need to cooperate with the Special Representative of the UN Secretary General for the fate of children in armed conflict;

o the devolution of military, administrative and judicial powers to the polisario front.

* follow with concern the reprisals suffered by the 250 prisoners of conscience accused of terrorism;

* remain deeply outraged by the mass expulsion of more than 17,000 migrants
sub-Saharan;

* note and place the responsibility of the Algerian army in the increase ofserious human rights violations in the Tindouf camps. 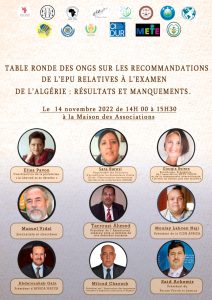 1) urge Algeria to accept the recommendations of the States relating to the respect of freedom of expression, opinion, association, peaceful assembly and religion;

2) call for the release of the 250 prisoners of conscience held under the
terrorism charges;

3) urge the Algerian government to end systematic expulsion practices migrants by abandoning them at “point zero” in the desert;

4) ask Algeria, as a recently elected member of the Human Rights Council
human beings, to respect their international obligations by ratifying the Conventions and Protocols;

5) call on the United Nations High Commissioner for Refugees (UNHCR) to ensure respect for the civilian nature of the Tindouf camps and ensuring the census of the population;

6) invite the Office of the High Commissioner for Human Rights (OHCHR) of the United Nations to establish rehabilitation programs for child soldiers in the Tindouf Camps and
benefit from specific protection measures against their exploitation by terrorist groups operating in the Sahel and Sahara region.