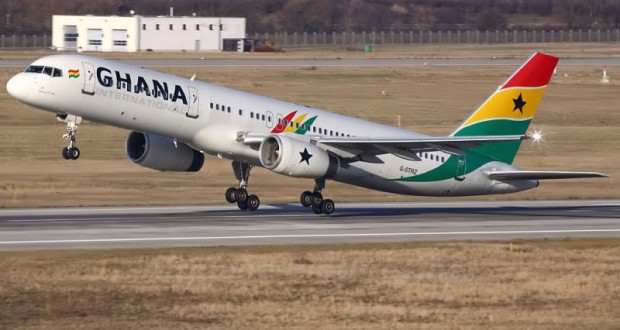 Out of several proposed names for Ghana’s planned new home-based carrier, the government has now settled on a suitable name that will reflect the culture and foster unity in this new enterprise.

Akwaaba Airlines, Black Star Airlines, and Kente Airlines were some of the names mooted but presenting the 2023 budget to Parliament last week, Finance Minister, Ken Ofori-Atta, revealed that Ghana’s new home- based would be known “GhanaAirlines”.

Mr. Speaker, Shareholders and Partnership Agreements were signed with the selected Strategic Partner for the Home-Based Carrier which will be known as “GhanaAirlines”.

While he stopped short of naming the key shareholders and partners, AviationGhana sources say Ashanti Airlines is the preferred partner chosen by the government.
AviationGhana sources say Ashanti airlines, backed by Osei Kwame Despite and Ernest Ofori Sarpong, two entrepreneurs with interest in real estate, media, beverage production and others, is at the latter stages of completing all financial arrangements.

The indigenous company, which has an Air Carrier License (ACL) is also nearing the completion of the issuance of its Air Operator Certificate, a certificate authorising an operator to carry out specified commercial air transport operations, to enable it to start operations next year.

Ghana has been without a national airline since the collapse of Ghana International Airlines in 2010, following the demise of Ghana Airways in 2004. Attempts to establish a new home-based carrier has led to the signing of MoUs with Ethiopian Airlines and EgyptAir respectively with no clear outcome.

This led to the establishment of a new Committee to vet all proposal, after the erstwhile Ministry of Aviation was subsumed into the Ministry of Transport.