Ghana has reopened all its land and sea borders two years after closing them as a COVID-19 preventive measure.

This was announced by President Nana Addo Dankwa Akufo-Addo in his 28th COVID-19 Update as part of measures to curb the spread of the pandemic.

As from tomorrow, Monday, 28th March, all land and sea borders will be opened,” President Akufo-Addo said. 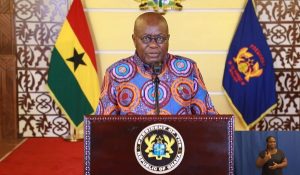 In a March 21, 2020, update on the status of measures put in place to help minimise the spread of COVID-19, the President suggested the need for Ghana’s borders to be closed.

The air borders were later opened on September 1, 2020, and subsequently the sea borders.

Related Topics:Ghanaland sea borders
Up Next

COVID-19: Fully vaccinated travellers will not be tested on arrival in Ghana