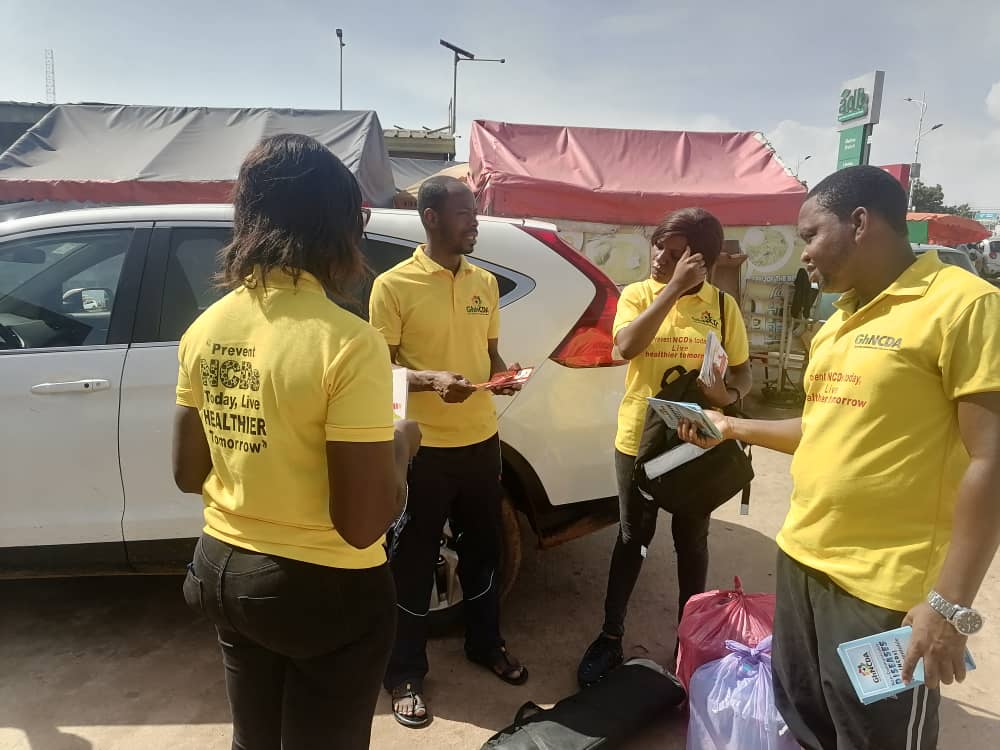 The exercise forms part of a project dubbed ‘Campaign Fuel Award’ implemented by the GhNCDA as part of activities that marked the 2021 Global Week for Action on NCDs. Other organizations involved in the project included Breast Care International (BCI), ANAQ Foundation, Stroke Association Support Network Ghana, VALD and the Network of People living With NCDs in the Northern Ghana.

Management and staff of the two institutions stormed some selected public places in and around the Madina old and new markets, transport terminals, where they engaged traders, drivers, market women among other organized groups including smokers, non-smokers.

Their messages focused on the major risk factors to NCDs. With the support of the Ghana Health Service (GHS) and the Media Alliance in Tobacco Control and Health (MATCOH), they distributed advocacy materials to support the exercise.

Led by National Coordinator of the Ghana NCD Alliance, Labram Musah, who is also the Executive Director of Programs at VALD, the team spent time with groups in the market engaging smokers, non-smokers, petty traders and passengers alike on the need to adopt healthy lifestyles and shun irresponsible behaviors like smoking.

Using the smoker’s body and other awareness creation materials, the focus of the exercise was mainly on people between the ages 14 to 21 who are considered the most vulnerable in that part of the community. Some of the people and groups engaged raised much concerns about the need for the message to travel to the grassroots level since it is the commonest ground for most substance abuses.

The team answered questions from the various people with some of them supporting a call for a complete ban of Shisha and high taxes on tobacco products to make it unaffordable.

Network of people living with NCDs

A similar event was also carried out by People Living with NCDs in the Northern Region of Ghana. As part of a project dubbed “Our Views Our Voices” some members of the Network People living with NCDs went through some training sessions. They then engaged in a public sensitization exercise on NCDs with specific focus on tobacco, sugar, salt and alcohol use.

At the market place and selected bus terminals members of the network educated the public on the risk with NDCs, its causes, prevention and possible ways that one can avoid contracting the diseases.

On its part, Breast Care International (BCI) collaborated with the Goaso Traditional Council and the GhNCDA to hold a community event at Goaso in the Asunafo North Municipality of the Ahafo Region where its President, Dr. Mrs. Beatrice Wiafe Addai, called for an integrated approach to cancer-reduction strategies for greater access to care for the poor and vulnerable in society. The event was on the theme “Close the Care Gap”.

She called on the government and other stakeholders to help expose the barriers to the socio-economic factors preventing many people from accessing life-saving services, including treatment and care.

“Closing the gap on cancer disparities cannot be done today or tomorrow, it is something we can work towards. The government, politicians, traditional authorities must come together in discussing diagnoses, prevention and treatment of cancers,” she stated, while lamenting the annual surge in cancer related cases in Ghana.

The Omanhene of Goaso Traditional Area, Nana Akwasi Bosompra, who chaired the occasion, suggested that the fight against cancers in the country should not be limited to few individuals like Dr. Wiafe Addai, rather, it should be a concerted effort by all.

He dispelled the myth that breast cancer and other cancers are caused by witchcraft. He urged the public to report to the hospital if they notice an unusual thing in their breasts to prevent late-stage cases that can lead to death.

As part of the project, ANAQ Foundation organized awareness campaign on NCDs and Sickle Cell Disease for Students, Teaching and Non-Teaching Staff of the Mankranso Senior High School in the Ahafo-Ano South District in the Ashanti Region. The programme was themed “The Universal Health Coverage: The Role of the Youth”.

It was to educate the students on sickle cell disease and NCDs broadly, so they can share the knowledge with friends, parents and people in their neighborhood. It is also help identify students with sickle cell disease for special attention. The two-segment interactive program centered on a lecture on NCDs and sickle cell disease, its causes, symptoms, prevention, and management, among others. The students were given the chance to ask questions.

Founder and President of ANAQ Foundation, Ama Nyarko Attefuah Quainoo, who herself is a person living with NCD shared her lived experience including the struggle and the financial challenges she had to go through while in school, her and its impact on carrier, among others.

She also shared some light on the Universal Health Coverage (UHC) and made a case for the absorption of the NCDs and SCDs in the NHIS benefit package to ensure that all Ghanaians are able to access healthcare without with ease.

There was a clinical screening on diabetes, hypertension, prostate cancer for staff of the school benefitting about 2,000 students and 140 Teaching and Non-Teaching Staff.

The event brought together civil society actors, stakeholders in health as well as stroke survivors to have a discuss how to effectively tackle NCDs in Ghana with special focus on stroke as a national priority.

Discussions were centered on awareness on NCDs and management of Stroke; infrastructural deficit in health care as far as treatment of stroke treatment and rehabilitation are concerned; meaningful involvement if people living with Stroke and NCDs in decision making that affects them; the need to equip Ghana’s health systems to respond to challenges posed by NCD co-morbidities especially stroke; call for integration of NCDs into other disease-specific programs; inclusion of NCDs in the benefit package of the NHIS, among others. 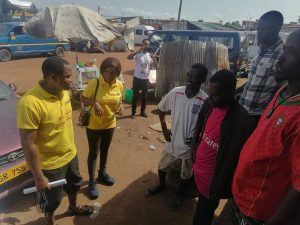 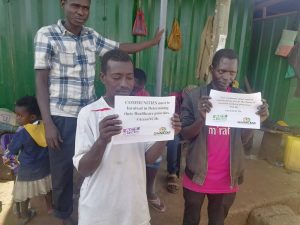 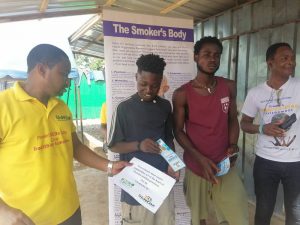 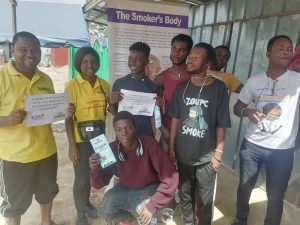