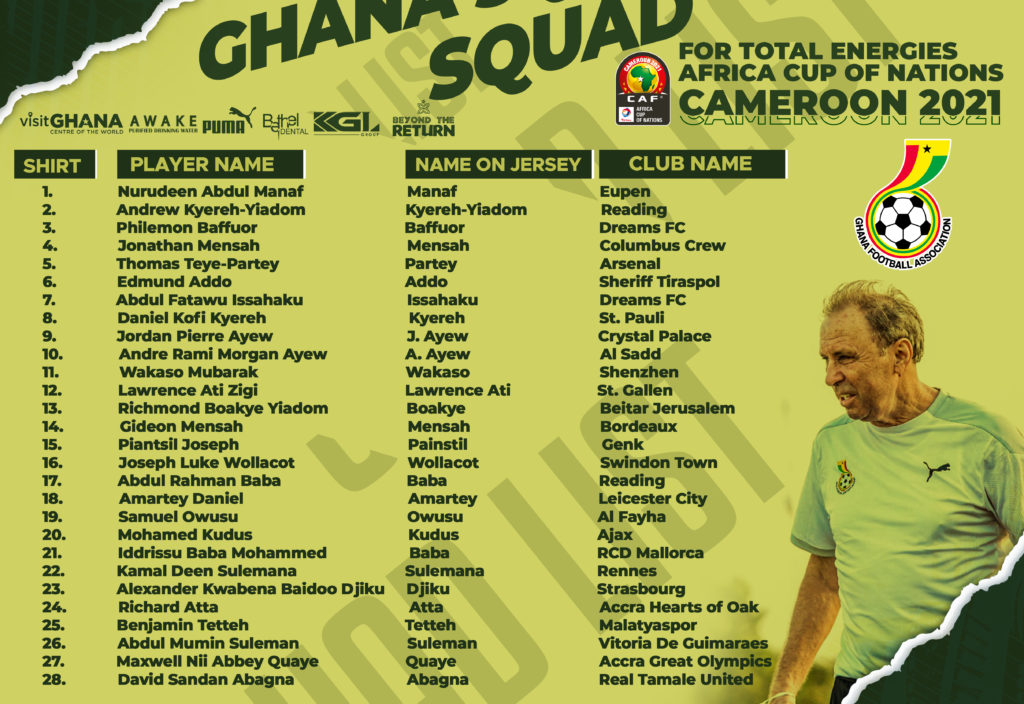 AS Roma youngster Felix Afena-Gyan and Clermont’s Salis Abdul Samed have been cut from the Black Stars of Ghana’s final 28-man squad for the Africa Cup of Nations (AFCON) in Cameroon.

Afena-Gyan and Samed were the only two players dropped from coach Milovan Rajevac’s preliminary 30-man squad which was announced last December.

The understanding is that Afena-Gyan’s absence is a result of his request to be excused from international football to aid in his career development.

It will be recalled that Afena-Gyan also turned down his first and only previous Ghana call-up for a 2018 World qualifying double-header in November.

Samed, one of four debutants in Ghana’s provisional squad, was also reportedly cut over the reluctance of his French Ligue side club to sanction his release for the tournament over fitness concerns.

Ghana will play a friendly International against African Champions Algeria on Wednesday, January 5, 2022, at the Education City Stadium in Doha to wrap up preparations ahead of the tournament.

The Black Stars will kick start the tournament against giants Morocco on Monday, January 10 before taking on Gabon and Comoros in the other Group C matches.

It’s the season of giving! Get the Best Deals and Offers with Huawei this Christmas