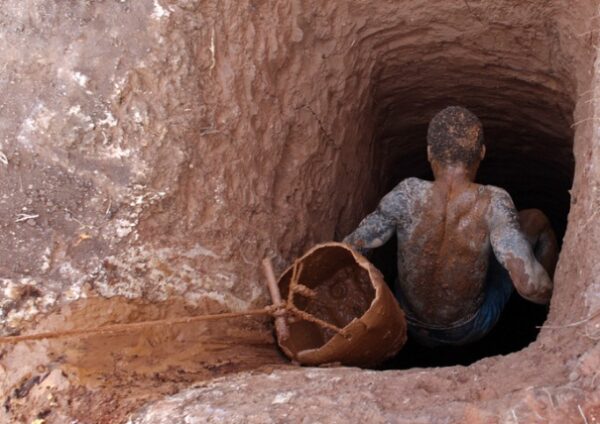 At least eight persons have been confirmed dead following the collapse of  a mining pit caved in at Ayamfuri in the Upper Denkyira West district of the Central region.

The 8 illegal small-scale miners who are between the ages 24 and 35 were trapped at the Face 4 mining site.

A rescue attempt by the police and officers from the National Disaster Management Organisation, NADMO to save their lives could not yield much as the 8 were all retrieved dead.

Their bodies have since been deposited at the Dunkwa District Government hospital morgue for preservation, identification and autopsy.

This is about the fourth time such an incident has occurred in the country.

Five people were on October 2 confirmed dead at Ayanfuri-Gyaaman a community in the upper Denkyira West District of the Central Region following the collapse of mining pit.

Fifteen persons who were prospecting for gold in the pit also sustained various degrees of injuries following the incident.

On Sunday (September 27) five people died after an illegal mining (galamsey) pit collapsed on them at Adumbanso Lower Electoral Area, a farming community in the Wassa East District of the Western Region.

Two people were also died in a similar incident on August 6 following the collapse of a galamsey mining pit at Mpatuam Bontefufuo in the Amansie West District of the Ashanti Region.

The incident occurred around 8pm as a group of illegal miner prospected for gold at the site. The pit caved in suddenly and dozens of miners fled for safety.