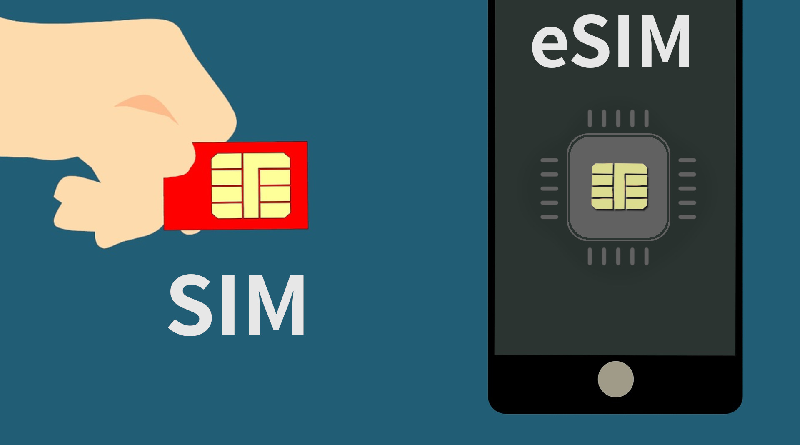 Aided by new inventions, the information communications technology (ICT) space is growing at a faster rate the world over.

In the telecommunications industry today, mobile network operators (MNOs) are gradually migrating from the use of the physical Subscriber Identification Modules (SIM) cards to Embedded SIM cards called eSIM.

Poised to give customers access to cellular service via a virtual SIM, network operator AirtelTigo, last year, was the first MNO in the country to officially launch the eSIM service in Ghana.

The biggest telecommunications company in the country, MTN, Ghana, later joined when it introduced a similar service to its customers.

This means that users with eSIM compatible phones will no longer require physical SIM cards, allowing them to use different providers on the same phone.

This new evolution is a big market with a lot of potential with expectations that, the value of that market is to grow exponentially from this year and beyond.

Juniper Research forecast, for instance that, the value of the global eSIM market will increase from $4.7 billion in 2023 to $16.3 billion by 2027, largely driven by increased adoption in consumer devices.

In addition to consumer smartphones, eSIM is also used in internet of things (IoT) and other industrial and public verticals.

While eSIM technology isn’t new – US operator AT&T first used it in iPads in 2014 – Juniper Research stated Apple’s decision in November to offer eSIM-only iPhone 14s in the US accelerated operator support.

The research firm predicted Apple would expand the deployment of its eSIM-only iPhones across Europe in 2023, which would minimise the time-consuming establishment of roaming agreements across the fragmented market.

Juniper Research found the total number of smartphones using eSIM will increase from 986 million this year to 3.5 billon by 2027 with manufacturers such as Samsung and Google developing eSIM-only Android devices to compete with Apple.

Google has offered dual SIMs on its Pixel smartphones for some time while some recent Samsung Galaxy models come with eSIM.

One of the previous concerns of operators with regard to dropping a physical SIM slot in favour of a virtual module was that it made it easier for customers to switch operators.

In a November interview with Mobile World Live, Jason Sikes, assistant VP device architecture for AT&T, stated that 2022 was a “huge” step forward for eSIM-only devices due to Apple’s launch.

It is now without question front and centre so that’s driven a lot of effort both on the technology side and on the business side to make sure we’re prepared for that. It has gone very well for us and for the ecosystem,” he stated.

T-Mobile US was ahead of Apple’s iPhone 14 eSIM announcement with the launch of its eSIM programme Easy Switch in August 2022.

US operator Verizon also threw its weight behind eSIM in 2022, which included a 30-day trial that allowed potential customers with eSIM-capable devices to use its 5G network for free.

Juniper Research also found that India and China will account for 25 per cent of the smartphones using eSIM by 2027, but noted current regulations prevent Chinese-based device manufacturers from selling to their home markets.

With the launch of the eSIM in the country, many Ghanaians are currently buying the compactible phones to access that service.

For now, it is expensive because of the type of phones on the market which can be used to access that service.

But gradually, this will eventually grow and Ghana will have a fair share of the market. However, to fast tap into that boom, it will be up to the MNOs to ensure that compactible consumer devices for eSIM are less expensive on the market.