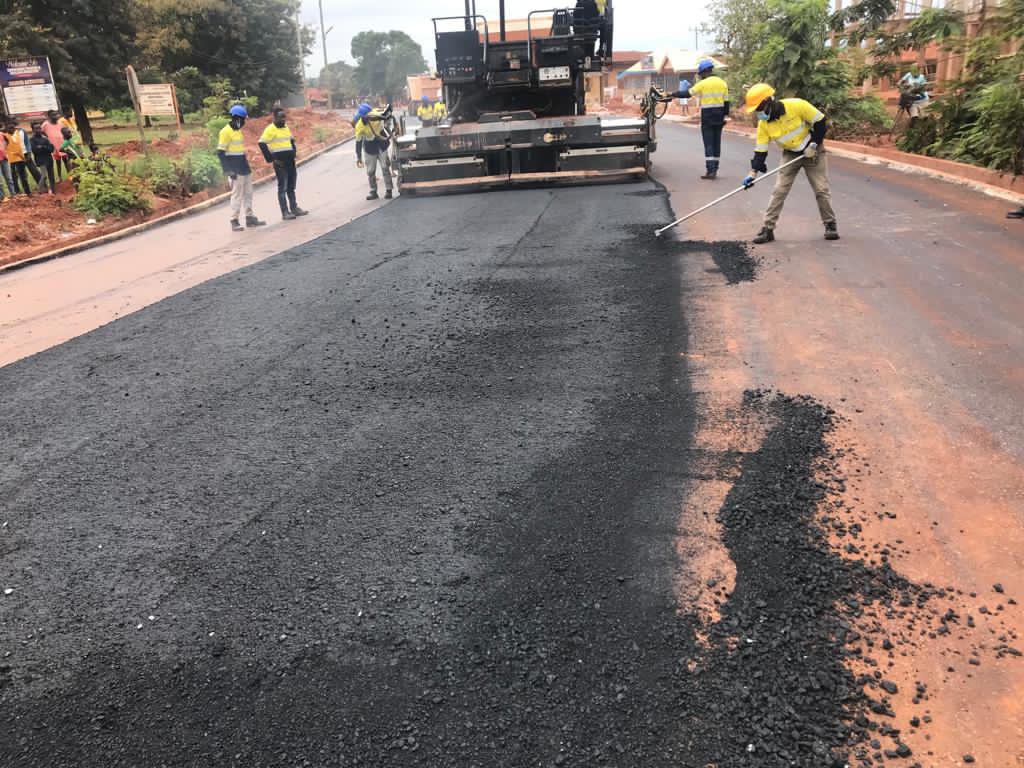 Asphalting of the 8.2-kilometer Kenyasi- Hwideim road has commenced and is progressing steadily.

The rehabilitation of the road, which is being sponsored by Newmont Ghana Gold Limited at the cost of GHC71 million, would be critical in enhancing the socio-economic life of the people of the area, as well as improving operational efficiency of the mining firm.

The Chief Executive Officer of the Ghana Chamber of Mines, Dr. Sulemanu Koney, inspecting the progress of work on the road lauded Newmont for taking the lead in the development of communities within its operations.

Dr. Koney gave the commendation when he paid a two-day working visit to the Newmont Ahafo North and South mines at Kenyasi in the Asutifi North District to familiarize himself with the operations of the mine. The tour forms part of his quarterly engagement with members of the chamber. Also on the tour were members of the Journalists for Business Advocacy (JBA). 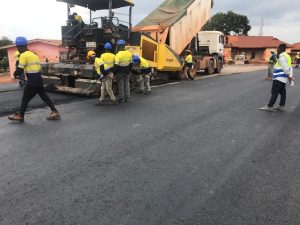 During an inspection, Dr. Koney noted that the project would not only open the area, but also strengthen the relationship between the mine and the people and commended the company for the development projects in the area.

It is not the responsibility of the company to asphalt the road but Newmont does not operate on Island so it is just proper for the company to support in the developmental agenda of the community and not only restrict itself to statutory payments to the state.”

He said mining was purposely meant for development, and therefore underscored the need for the local communities to build and strengthen friendly relations with the company.

Project Engineer of Kofi Job Construction Limited, Kofi Kankam is promising a speedy but standard completion of the road to ease burden on road users.

We’ve done almost about 3.5kms. We are almost halfway through. We are hoping to complete on schedule. It has taken the collaboration among Newmont Ghana, the government, and local authorities to push up this work,” he said.

Samuel Osei, the Communications and External Affairs Manager -Newmont Ahafo North and South Mines assured that the company is committed to push for development of the local communities.

Construction works began on the road in 2016 but was stalled for several reasons leaving it to deteriorate. The deplorable nature of the road was a deciding factor for Newmont to partner Government to asphalt the road.

Kofi Job Company Limited which started the construction works in 2016 is still the same company working on the road.

Newmont is also working on another 4km road spanning from Kenyasi 1& 2, Ntotroso, Wamihiso to Gydu.