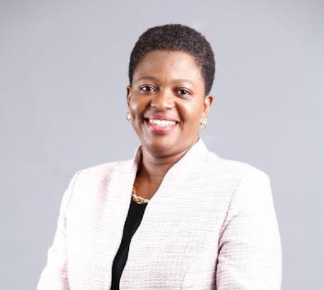 For decades, the African continent had been characterized by fragmented markets that inhibit the economic growth of individual countries. Prior to introducing the African Continental Free Trade Area (AfCFTA) in 2018 and its official commencement in January 2021, international trade statistics showed that 85 percent of Africa’s trade was with the rest of the world and only 15 percent within its borders. AfCFTA, therefore, is an intervention that aims to defragment the continent and boost productivity of the economies of member states.

The defining change that AfCFTA brings is anchored on three main pillars – size, free movement, and trade. The sheer size of the continent makes AfCFTA an exciting prospect. The collective GDP of African countries amounts to some USD2.5 trillion, making it the 8th largest economy, globally. Africa is also known to have one of the highest population growth rates globally, with 1.2 billion people living on the continent.  This means at the get go, AfCFTA will provide 1.2 billion potential customers across 54 countries.

Beyond its groundbreaking size, AfCFTA promises to be a paradigm shift and a more profound commitment to integrating the continent by negotiating goods and services simultaneously. The agreement is a potential economic game-changer for Africa’s development because of its potential to enhance intra-African trade and provide an opportunity for countries in the region to competitively integrate into the global economy, reduce poverty and promote inclusion.

Intra-Africa trade, which currently stands at 15 percent is projected to increase to 50 percent in 2028 as a result of the opportunities created by AfCFTA. The agreement is also promising to remove trade taxes on at least 90 percent of all trade between African countries. By boosting intra-African trade and fostering regional value chains and production networks, AfCFTA is expected to drive Africa’s structural transformation.

Analysts believe that increasing trade through AfCFTA will provide the incentive for reforms to activate productivity and job creation, thereby decreasing the incidence of poverty on the continent. Indeed, the World Bank suggests that when the agreement is implemented, it could help lift an additional 30 million people from extreme poverty and 68 million people from moderate poverty by 2035.

The third pillar involves the free movement of goods and people across the continent. Under the current dispensation, visa barriers, border control, and expensive air tickets, travel between African countries is quite challenging. Under AfCFTA, Africa’s entrepreneurs, professionals, workers and consumers, will be able to move across the continent, allowing them and the businesses they represent to take advantage of opportunities to trade in goods and services. What remains critical is the agility of entrepreneurs and business people to recognize these vast opportunities and make the jump to take advantage of the situation.

Businesspeople and entrepreneurs have to position themselves strategically to leverage the opportunities provided by the agreement. As a starting point, entrepreneurs must arm themselves with as much information as possible about any deals that are on the table to help navigate through the nuances of the agreement.

Beyond learning about the agreement, value addition must be a preoccupation of businesses if AfCFTA is to benefit them. Value addition comes with the capacity building that enables African companies to progress from local players to regional players. The business community must adopt modern operations, strategies and systems to ensure competitiveness.

In Ghana, there are a number of initiatives that are critical in ramping up local businesses to take advantage of the AfCFTA. This includes the National Export Development Strategy (NEDS). The NEDS seeks to build synergies with government’s flagship programmes, such as 1 District 1 Factory, Planting for Food and Jobs, Planting for Export and Rural Development, District Industrialization for Jobs and Wealth Creationto ensure that products emanating from companies operating under these programmes are competitive and marketable in the local and foreign markets.

Equally critical is the need for Ghanaian businesses to position themselves strategically to take advantage of this great opportunity. Retooling and upskilling for businesses become an urgent imperative if the benefits of the AfCFTA are to be realized. It is worth noting that there are institutions with the requisite knowledge at the continental level to help local businesses.

The agreement has received considerable political attention across the continent and looks promising from all indications. But if the continent is to realize the full benefits of AfCFTA, local businesses must develop and position themselves to be competitive and attractive on the regional market.