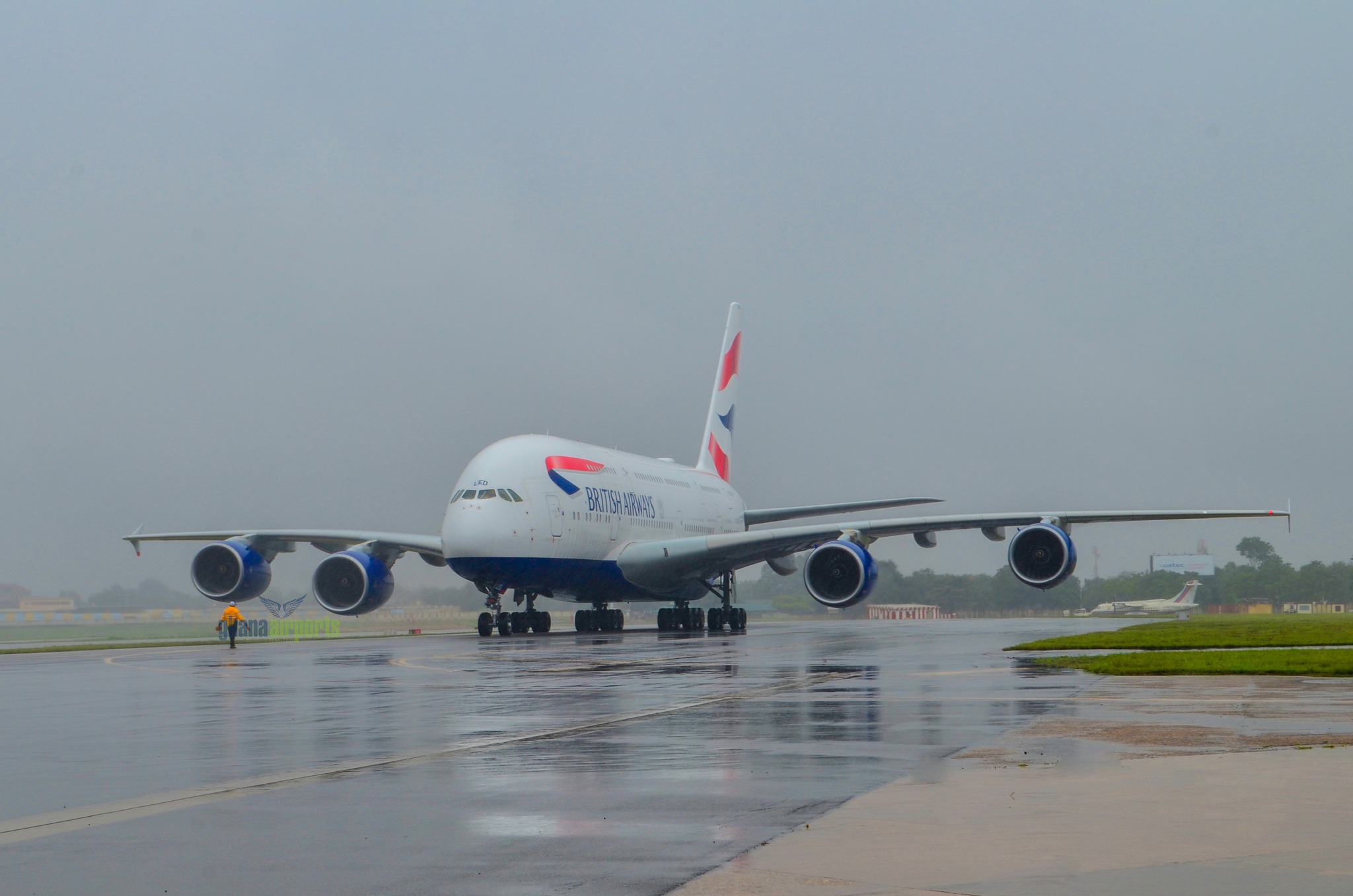 British Airways Flight A380 touched down at the Kotoka International Airport on Thursday September 29, 2022 for a technical stopover.

The British Airways ferry flight (A380) from Johannesburg enroute to London Heathrow made a technical stop at the Kotoka International Airport (KIA), making this the second time an A380 aircraft has operated or landed in Accra.

The A380 is a large wide-body airliner developed and produced by Airbus.

It is the world’s largest passenger airliner and only full-length double-deck jet airliner.

The A380 has a standard seating layout for 555 passengers on two decks in a three-class configuration and needs about 3,000 m (9,800 ft) of runway to take off fully loaded. 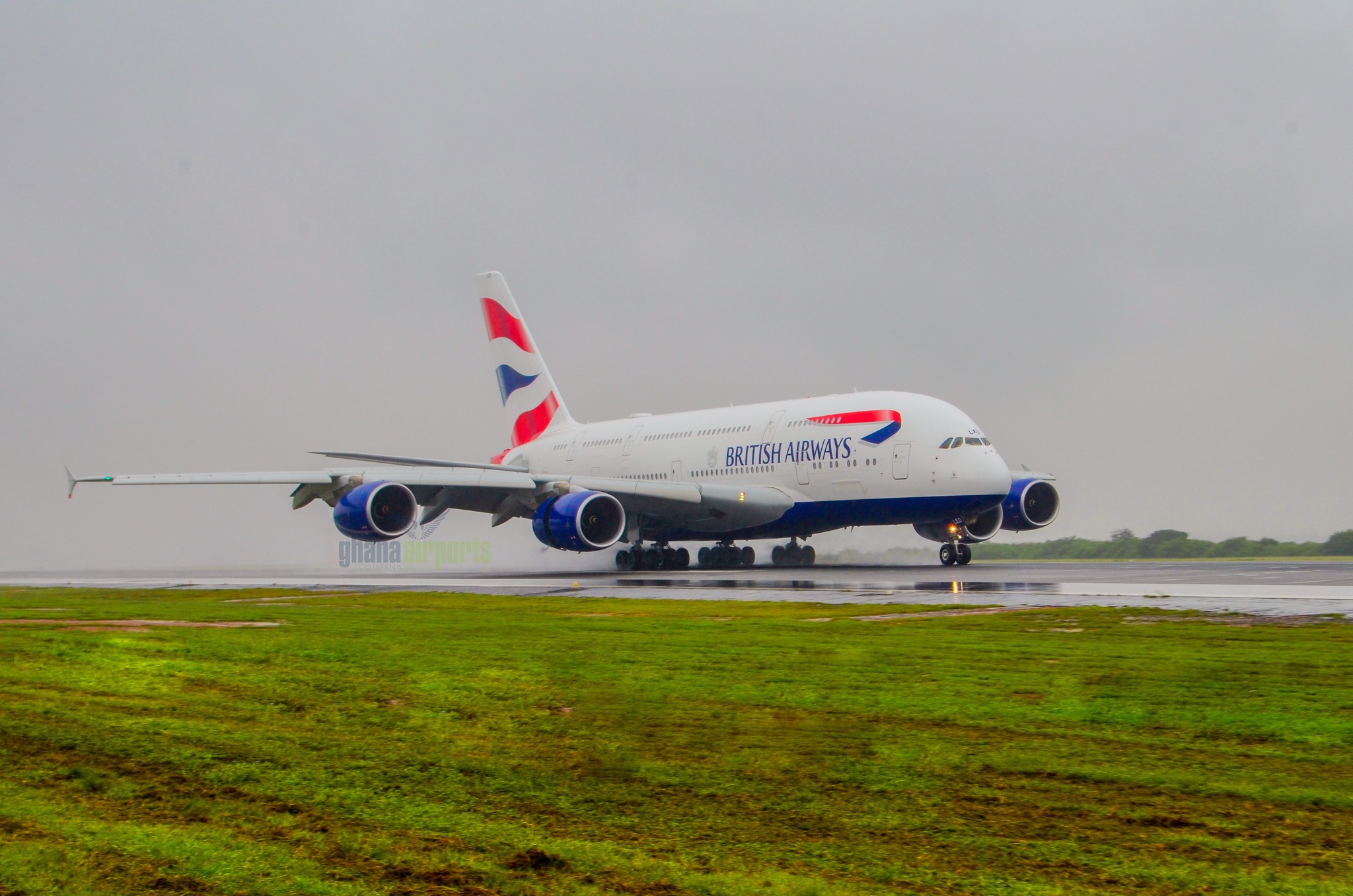 The Ghana Airports Company Limited (GACL) announcing the technical stopover in a statement said “British Airways could not have made a better decision of choosing KIA as the preferred Airport within the sub-region for this vital technical stop.”

KIA is centrally located in the world, on the Greenwich Meridian and close to the Equator, making it easily accessible from any part of the world.

The Airport’s runway length of 3,400m, taxiways, and other infrastructure meets and, in some cases, exceed the standards and recommended practices of the aviation industry and is suited for the maneuverability, accessibility to the passenger boarding bridge and remote parking for the A-380.

“Indeed, the Airport has a high reputation for regulatory, safety and operational compliance in the industry,” it added.

Commercial airports are classified into 10 categories based on the largest type of aircraft they regulate.

KIA has a firefighting category of 10 and well-trained staff capable of handling the A380 aircraft.

KIA remains one of the most attractive airports in the West African region with the capacity to accommodate the largest commercial aircraft in the world.

Our long-standing experience in facilitation and cooperation between all airport stakeholders; the Ghana Civil Aviation Authority (GCAA), Service Providers and airlines, ensures KIA’s readiness to accommodate A380 commercial operations