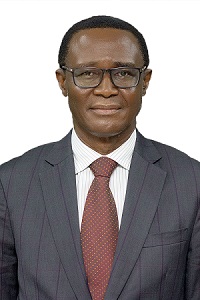 The Ghana Revenue Authority (GRA) plans to mobilise GH¢2.7 billion from betting, gaming and ecommerce companies this year under an initiative meant to ensure that businesses that operate online also share the tax burden.

Of the amount targeted from the emerging economy, the GRA hopes to collect GH¢1.7 billion from betting and gaming companies and GH¢1 billion from the likes of Facebook, Google, Netflix, Twitter, Instagram, WhatsApp and Tiktot, which are largely stationed outside the country but profit from its citizens and registered institutions.

This is part of efforts to broaden the tax net to cover all institutions that profit from the economy using the numerous online and other electronic platforms.

The amount expected from the grey economies is part of the GH¢80 billion tax revenue target that the government set for the GRA in 2022.

Known as the grey economy actors, the operations of the gaming and betting as well as the ecommerce firms are largely online, making it difficult for the tax administration and collection body to account for revenues and costs for the purposes of applying taxes.

At the moment, GRA and the state virtually gets nothing from the sprawling businesses, in spite of the handsome returns to the operators.

The Commissioner of the Domestic Tax Revenue Division (DTRD) of the GRA, Edward Appenteng Gyamerah, told the Graphic Business on February 4, that the phenomenon was about to end.

Gyamerah said the COVID-19 pandemic had exposed the authority and the government to the huge revenue potential in the ecommerce, betting and gaming space and the GRA was now rolling out a comprehensive policy to enable it to have a fair share of taxes.

The Commissioner said GRA had concluded the relevant consultations and sensitisation with the players on the new regime, leading to some companies already starting to register to be able to comply.

Gyamerah disclosed that a system that was developed to monitor the operations of the players was currently under test-trial after which it would be deployed.

He was optimistic that it would be deployed by the second quarter of the year to ascertain the amount that the companies make to pave the way for the necessary taxes to be levied.

The taxing of the gaming, betting and ecommerce businesses was due to take off last year but dragged into 2022 and Mr Gyamerah said that would no longer happen.

He said the GH¢2.7 billion expected from the sub-sector was part of the GH¢80 billion tax revenue target that the government set for the authority this year and any failure to kickstart the collection would affect the projected figure for the year.

As I speak, we have developed a system to track the activities of non-resident persons and institutions that are using our space to do business.

We have also had interactions with Google, Netflix and all these businesses that operate in the space and some of them have already requested to register so that they can start complying,” the Commissioner of Domestic Tax Division said.”

I am sure by the end of this quarter, that facility should be available for them to start the registration,” he said.

He added that a team from his division was also about to embark on a study tour to South Africa to understudy the system used in taxing the ecommerce space there.

He said the authority was also engaging relevant stakeholders to support it to monitor the operations of the firms.

He, therefore, appealed to the players and other stakeholders to support the authority to collect the right taxes due to the state.