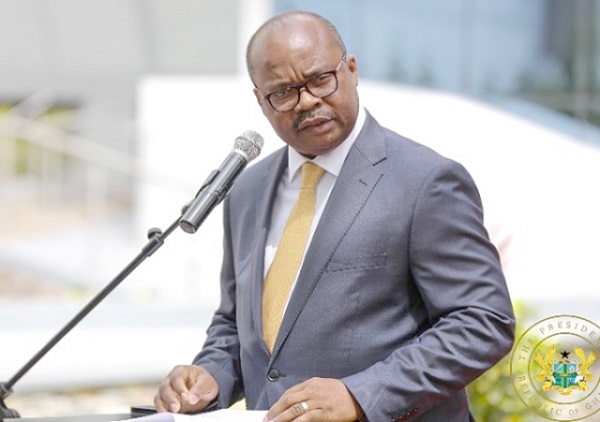 THE Bank of Ghana (BoG) has assured businesses and the general public that the high increases in prices of goods and services would reduce in the coming months.

It said measures instituted by the bank to contain the sustained increases in prices, termed inflation, were yielding results, with internal estimates already showing that the pace of the increment would begin to moderate in the short term.

The Governor of the BoG, Dr. Ernest Addison, gave the assurance yesterday when he addressed the press after the bank’s third Monetary Policy Committee (MPC) for the year in Accra.

The MPC, which Dr Addison chairs, raised the bank’s benchmark rate, the policy rate, from 17 per cent to 19 per cent to help ward off the inflationary pressures.

It is the second time in a row that the central bank has increased the policy rate to help stem inflation.

It had earlier raised the rate by 250 basis points from 14.5 per cent in January to 17 per cent in March.

The rate is a gauge in setting lending rates and its increment has direct effects on the cost of credit to businesses and households as well as the rate at which the government borrows from the public.

The Governor said in spite of the short-term effects, the increment was necessary to contain inflationary pressures and unleash the full potential of the private sector and the economy in general.

He said at 23.6 per cent as of April, inflation was uncharacteristically high and efforts to stem it must be prioritised over the short-term effects on growth, deficit and the debt stock.

Speaking in detail on how the central bank was responding to the high jumps in inflation in recent times, Dr Addison listed the increments in the bank’s policy rate on two occasions this year and similar increments in the cash reserve requirement ratio as well as the cash conservative buffer for banks and other deposit taking institutions as some of the policies that the bank was using to fight off the price pressures.

He said those measures had already helped to reduce the amount of liquidity in the system, which was fuelling the inflationary pressures.

While admitting that the jump in inflation from 19.4 per cent in March to 23.6 per cent in April was a concern, the Chairman of the MPC said indications were that the pace of increment would begin to slow down in subsequent readings as the economy responded to the measures instituted in March and the additional increment of the central bank’s policy rate by 200 basis points (bps) this month.

Dr. Addison noted that the central bank was optimistic that the policies were appropriate and their deployment was timely to the nature of the inflationary pressures facing the economy.

The Governor added that the BoG now expected the measures to combine with other policy tools from the government to help limit excess liquidity in the economy, reduce the pace of the cedi depreciation and generally slow down the pace of price increments.

The economist dismissed concerns that the current trend of inflation was caused by supply pressures and any attempt to fight it through demand side tools would fail.

He said the bank’s analyses did not support such assertions, noting that its time-tested tool in fighting inflation – the inflation targeting (IT) – was the appropriate measure to deploy in containing the pressures.

Dr. Addison said the inflationary pressures had already led to the weakening of business and consumer confidence.

The Governor said growth prospects in the domestic economy remained positive, with the bank’s high frequency indicators pointing to continued and increased momentum in economic activities.

He said private sector credit showed some improvement in real terms in spite of the increased price pressures.

All these are resulting in a closure of the negative output gap.

However, business and consumer confidence have dipped, reflecting the sharp depreciation of the currency and the general high inflationary environment, which has resulted in higher input costs for businesses,” he said.

Dr. Addison noted that a quick turnaround with more confidence building measures to counter these conditions were needed as they would help to provide a further boost to the real economy.

Related Topics:BoGInflationpolicy rate
Up Next