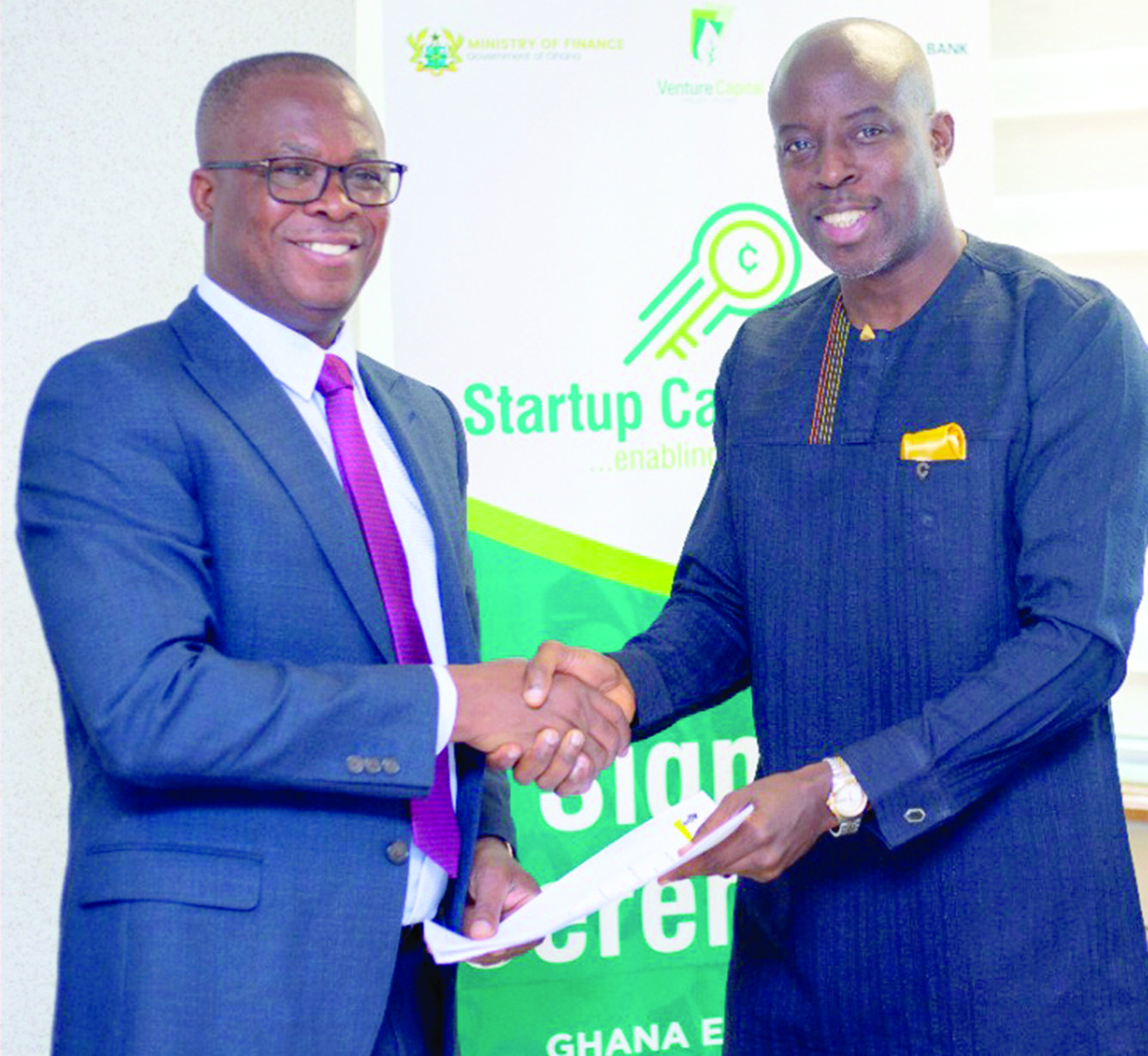 THE VENTURE Capital Trust Fund (VCTF) has signed agreement with Injaro Investment Advisors Limited (Injaro) as part of efforts to support small and medium enterprises (SMEs) in the country.

Under the agreement, VCTF has committed $25 million to Injaro under its special equity fund dubbed Injaro Ghana Venture Capital Fund (IGVCF), meant to support more viable SMEs in the country.

The money is part of the $150 million equity fund being put together by IGVC.

The Chief Executive Officer (CEO) of the Venture Capital Fund, Yaw Owusu-Brempong, signed on behalf of VCTF while the Managing Director (MD) of Injaro, Jerry Parkes, appended his signature for the Injaro Investment Advisors.

The GH¢150 million equity fund is being raised from resources such as local pension funds and international investors.

Speaking at the signing ceremony in Accra, Mr Parkes observed that the fund was expected to inject between GH¢10 million and GH¢15 million per investment.

“The start-ups we are targeting are not early-stage businesses but those that have demonstrated a track record of success, revenue, and proven business model.

“And our capital will be aimed at helping small businesses to scale up, grow and become more profitable in order to make a meaningful impact in the society.

“It is a 10-year fund with a target size of GH¢150 million but we are willing to go up to GH¢200 million if we are oversubscribed,” he said.

The Chief Executive Officer (CEO) of the Venture Capital Fund, Yaw Owusu-Brempong, said the agreement between the two parties was the first investment under the Ghana Economic Transformation Project (GETP).

He said this was a very momentous event for the Trust Fund, and more importantly for the venture capital ecosystem in the country.

I would like to take this opportunity to thank the World Bank and the Ministry of Finance for considering the Trust Fund as a beneficiary under the GETP.

“The funding from this project has recapitalised the Trust Fund with an amount of $40 million.

“I am very happy today because I know that I am committing to this fund and will never default on capital calls from the fund manager because the funds are available,” he said.

He also used the opportunity to congratulate the board and executive of Injaro Investment Advisors, fund managers of Injaro Ghana Venture Capital Fund (IGVCF) for being the first to benefit from the Strategic Industries Fund (SI Fund).

He said the IGVCF was leveraging funding from the pensions industry for the transformation of small and medium enterprises, especially viable young enterprises.

The Head of Financial Market and Innovation at the Ministry of Finance (MoF), Benjamin Torsah-Klu, said the VCTF played a key role in the development of the economy.

This, he said, was done through promotion of innovation, improving capacity of businesses and creating jobs via the various employment opportunities.

He said the VCTF had undergone restructuring after which the World Bank Group under the GETP had recapitalised it with $40 million to enable it to fund more viable start-ups.

The move is to help revive the trust fund and strengthen it to provide funding for investors for the transformation of SMEs,” he said.

Related Topics:InjaroSMEVenture Capital Fund
Up Next