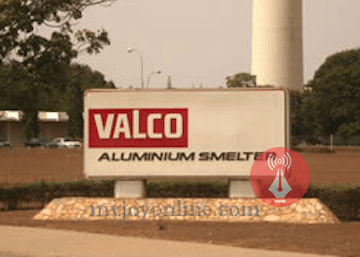 The employees of Volta Aluminum Company Limited (VALCO) want the company to peg their salaries to the exchange rate.

They claim their salaries continue to fall drastically because they are not receiving what they ought to receive.

Edgar Tetteh, the VALCO Workers’ Union’s local chairman, expressed his dissatisfaction with the workers’ present state of affairs. He pleaded with the management to address the problem right away before the worse happens.

According to the employees, since last year, the monthly wage of more than US$300 that is paid in cedi equivalent has not increased despite the appreciation of the dollar against the cedi.

The employees blamed this development on the “overaged managerial staff who have failed to add value to the running of the company”. Adding that there are about 28 staff who are overdue for retirement but are still post.

“The top managers are retirees, and they are determining our fate here. So, when we went to the table and they were proving difficult, we had no option but to get them out after all; they have overstayed,” Edgar Tetteh said.

The company has shut down all 127 cells of the aluminum smelter in response to this worker protest.

“You tell us you don’t have money to increase our salary, but you have money to bring back to life 127 ports that you intentionally and deliberately made a conscious effort to kill yesterday.”