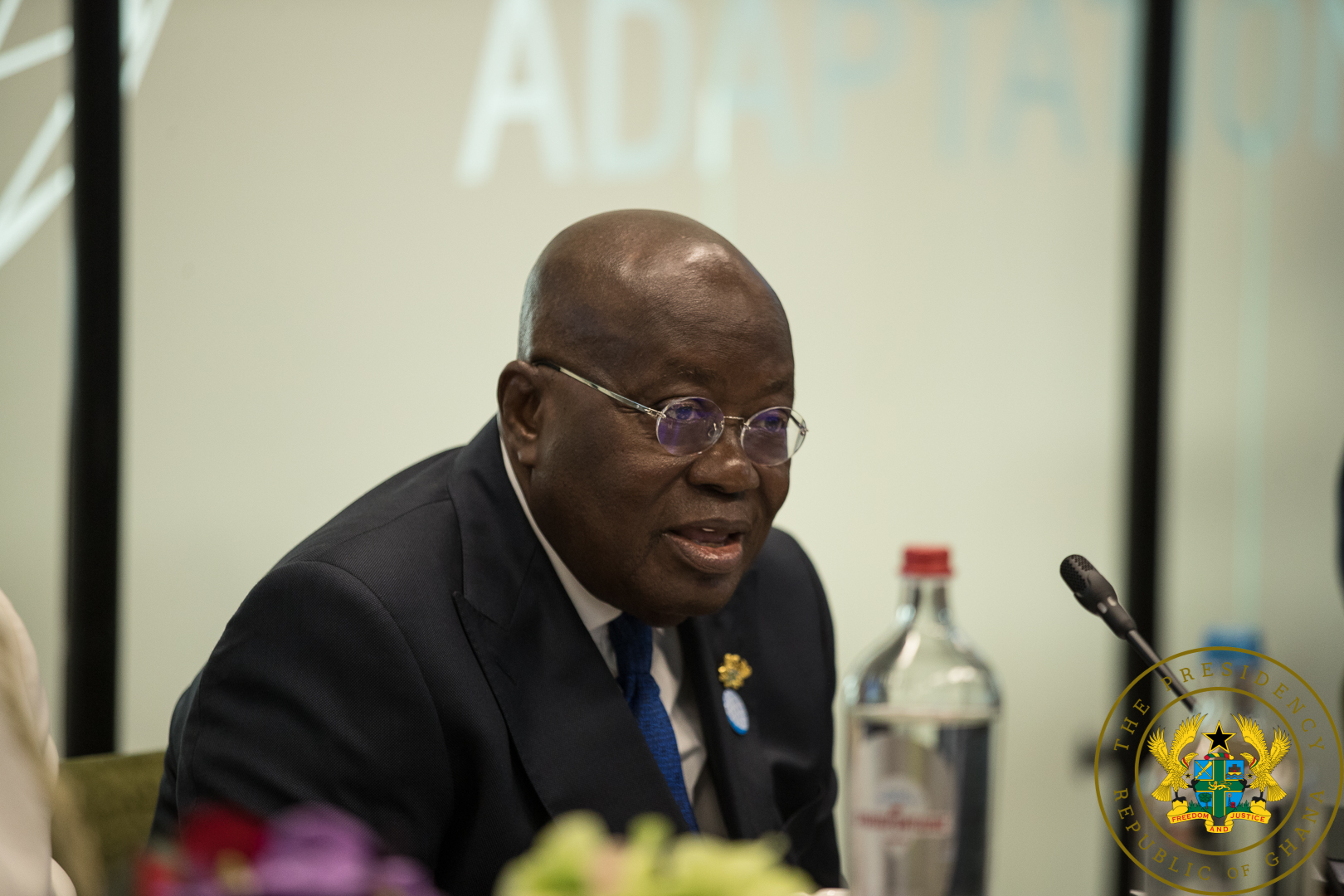 President Nana Addo Dankwa Akufo-Addo, has emphasised Ghana’s determination to push COP27 to deliver on its commitment to double financing towards climate adaption efforts on the continent.

According to the President, “it is time to turn words into deeds, and ambition into action. With the world in flames and under flood waters, the eyes of people everywhere will be on the decision-makers at COP27. They have to deliver if they are to escape the censure of history.”

He was of the belief that, “financing climate adaptation, aside “making economic sense, is much more cost-effective than paying the bills every time they are due, for increasingly frequent and severe climate shocks and disasters.”

The consequence of this, he continued, will mean that, “as a middle-income economy, Ghana stands to lose out to the effects of more acute and frequent climate hazards. Despite significant progress made through the Africa Adaptation Acceleration Programme (AAAP), on climate emergency.”

The President said this at the at the Virtual Climate Adaptation Summit, on Monday, [September 5, 2022], in Rotterdam, Netherlands. 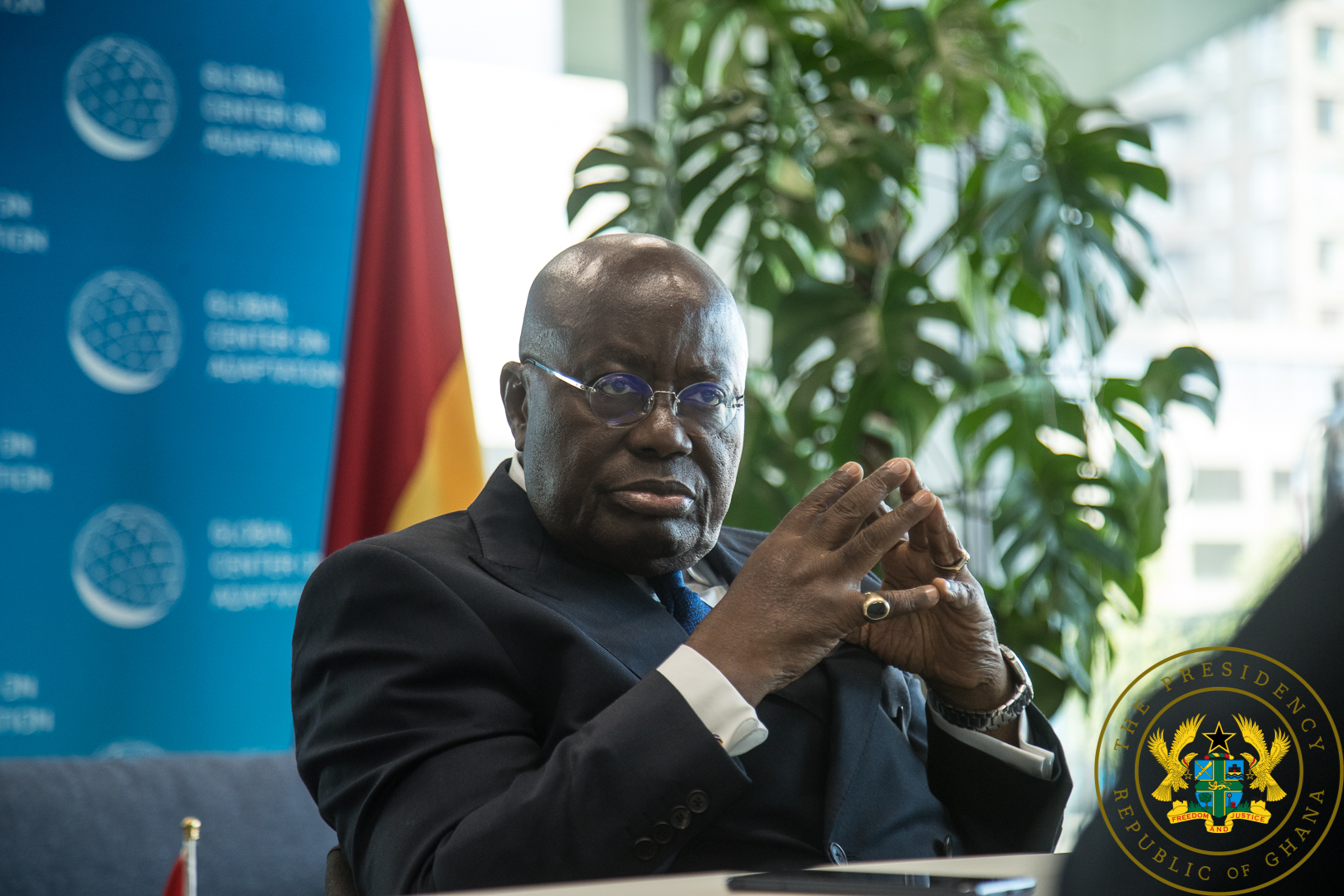 Delivering his opening remarks, President Akufo-Addo said, “we are aware of the current geopolitical circumstances. Food and energy security are at risk across the world; inflation is rapidly rising; and climate change threatens the progress we have made, especially in Africa. COVID-19, which resulted in sub-Saharan Africa’s first recession in some twenty-five (25) years, is still hurting Africa.

He continued that, “some twenty-six million (26 million) people fell into extreme poverty, and thirty million (30 million) jobs were lost due to the repercussions of the pandemic in Africa.”

My country, Ghana, is attempting to use her own fiscal resources to address these risks. The same is true for other African countries. However, the growing food and fuel crises are limiting severely our fiscal space to respond effectively, as the cost of borrowing goes up prohibitively, and access to the capital market tightens dramatically,” he added.

Stating further that, “Africa contributes the least to the climate emergency, yet we are facing increasing and more intense climate-related extreme events. We are at a crossroads. If we want our continent to thrive, we have to adapt to climate change. And, to achieve this, adaptation financing needs to start flowing at scale. Climate action must not become another casualty of the complex geopolitical era that we are experiencing”. 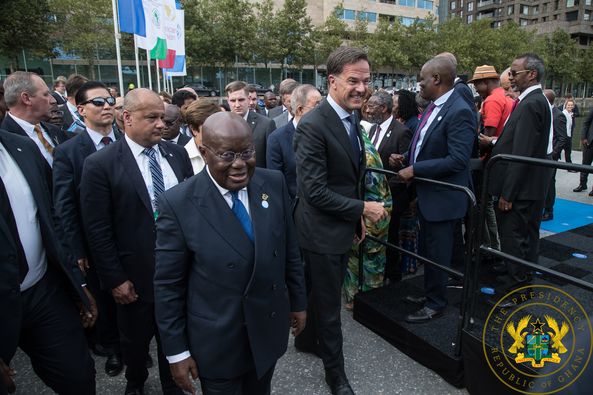 President Akufo-Addo was confident that, “the AAAP, with its laser focus on food security, resilient infrastructure, climate finance, and youth employment, is Africa’s solution to the multiple crises we face.

The programme intends to mobilise some twenty-five billion dollars ($25 billion) over five (5) years to scale up and accelerate adaptation action. The African Development Bank has, in a truly laudable gesture, committed to providing half of this amount. This is evidence that Africa has the leadership and determination to engage in solutions to her problems”

He was quick to add that, however, “Africa needs its friends from across the world, also, to scale up their support for concrete adaptation solutions, delivered through the AAAP. We expect these friends to manifest their solidarity and friendship by delivering the other half, just as we believe that the time is due for the developed countries to make good on their one hundred-billion-dollar (US$100 billion) pledge for climate adaptation.”

Related Topics:climate actionCOP27
Up Next