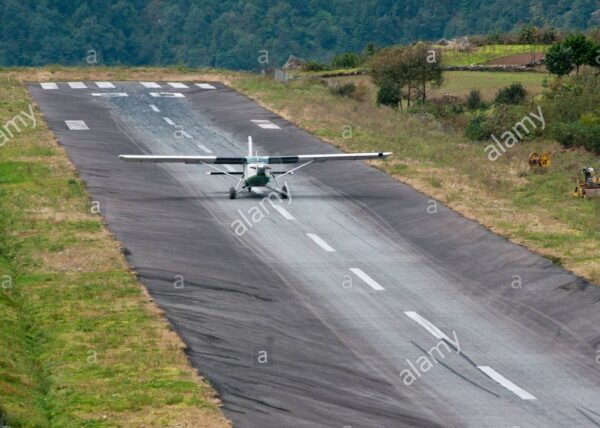 Speaking in an interview after the sod-cutting ceremony of a solid waste treatment plant in Fiaso in the Techiman Municipality, the Omanhene and President of the Techiman Traditional Council Nana Oseadeyo Akumfi-Ameyaw IV, said this request has been put before government and that they are expecting a team of experts from Accra to undertake feasibility studies soon.

The Omanhene added he together with his sub-chiefs have made enough land available for the construction of the airstrip and even a future upgrading of the airstrip into a full-fledged airport.

“With our non-existing chieftaincy and land disputes, we have set aside parcels of land to aid the development of the airstrip,” 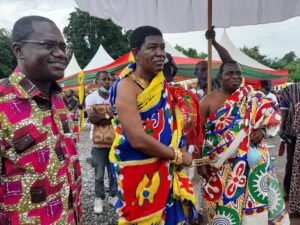 Nana Oseadeyo also pleaded with the government to consider establishing a military barracks in the newly created region to aid in maintaining security in region.

Techiman is one of the oldest towns in Ghana and has the largest market in the West Africa and with a functioning airstrip will propel the region’s much anticipated development,” Nana Oseadeyo observed.

Techiman is a leading market town in South Ghana. Techiman is one of the two major cities and settlements of Bono East region. Techiman has an estimated settlement population of 104,212 people in 2013.

Techiman is located at a historical crossroads of trade routes and the Tano River, and serves as capital of the Techiman Municipal District.

Techiman is connected by road to Sunyani and its domestic airport, the Sunyani Airport. Techiman is not yet serviced by a railway station on the Ghana Railway Corporation, and it has been proposed that a line be extended to Techiman. The Tano River is a navigable river