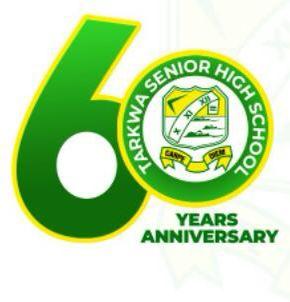 As part of its 60th anniversary celebration, Tarkwa Senior Secondary School (TARSCO) Past Students Association (TARPSA), in conjunction with the Board of Directors of the school, will launch activities earmarked for the anniversary.
The launch, which will come off August 31, 2022 at 6:00 p.m., at the Marriot Hotel, Accra will bring together all year groups of TARPSA in Ghana and abroad.
The theme for the 60th anniversary celebration of TARSCO is “Achieving Academic Excellence through Discipline for National Development.”
Dignitaries who are past students of TARSCO including the Minister for Roads and Highways, Kwesi Amoako-Atta, Deputy Minister of Education, Hon. Gifty Twum Ampofo, among others will grace the occasion.
The 60th anniversary launch of TARSCO will be chaired by the Chief Executive Officer (CEO) of Tobinco Group of Companies, Nana Samuel Amo Tobin, with the Omanhene of Wassa Akropong, Nana Tetrete Okuamoah Sekyi, as the Special Guest of Honour.
In an interview with Hannah Owusu-Koranteng, who is the Chairperson of the TARSCO Past Students Association, the launch is aimed at mobilising resources for the main celebration of the 60th anniversary which is to take place in November 2022.
She indicated that past students of TARSCO have dedicated themselves to undertake a ‘magnificent project’ for their alma mater to mark the school’s anniversary

…and this is part of the effort of the past students to show appreciation for the opportunity that TARSCO granted them to have holistic education which had propelled the students who had passed through the school to achieve excellence in their various careers,” she noted.

In this regard, Owusu-Koranteng made a passionate appeal to all past students of TARSCO to participate actively in all the programmes lined up for the celebration of the 60th anniversary of TARSCO.
Some ministers of state and dignitaries who have been invited to the launch of the programme, she revealed, were the Deputy Minister for Lands and Natural Resources, Hon. Mireku Duker, regional ministers of Western North and Western Regions and all parliamentarians in the Western and Western North Regions and political party chairpersons for NPP and NDC in the Western Region.
Related Topics:Tarkwa Senior Secondary SchoolTARPSATARSCO
Up Next