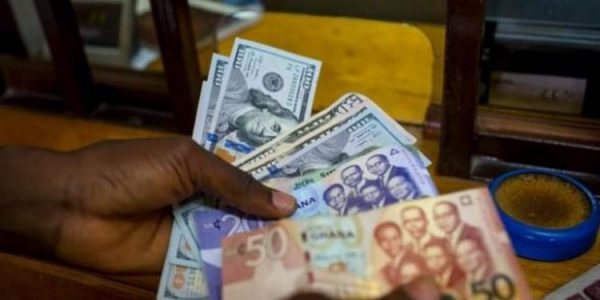 Beginning this year, the woes of the Ghanaian cedi have deepened as it has become one of the worst-performing currencies in Africa.

While a fall in the value of a currency may not in itself be a bad thing – (many countries have used exchange depreciation to increase the volume of exports) – the case of Ghana is unique, in that our problem with the cedi’s depreciation is double-edged.

First, we are unable to take advantage of it to increase our exports; second, we remain unable to limit our reliance on imports for daily consumption. These perennial problems are mainly due to basic flaws in the structure of our economy.

Historical background
During colonial rule, Ghana’s economy was designed to export raw materials to feed the industrialisation agenda of Western economies while being dependent on imports of finished goods from these nations. Since then, there have not been any major attempts (apart, perhaps, from the 1960s) to restructure the nation’s economy to support a more beneficial industrialisation agenda by either reducing its dependence on imports or at least generating enough foreign exchange through increased exports to pay for our imports.

First: our export problem. While there is some value in the liberalisation of the economy, it has resulted in the unfortunate reality that most of the income from Ghana’s major exports – such as gold, diamond, bauxite and oil – remains with private foreign conglomerates that own, manage and control the production of these resources. Essentially, with the exception of cocoa (whose full revenue accrues to the State), only a tiny fraction of revenues from Ghana’s mineral exports actually end up in government coffers. Moreover, practically all the major firms across various industries in the country, whether telecommunication, banking, hospitality, food retail and distribution, aviation, shipping or the like, are also owned, managed and controlled by foreigners.

This, coupled with weak laws and/or enforcement on the repatriation of profits, has led to a situation whereby every first quarter of the year, foreign companies repatriate their profit en masse.

Historical background
Then, our import problem. In addition to being unable to competitively export our goods and services to generate sufficient foreign exchange to support our economy, Ghana has still not been able to produce for basic consumption even the things that it should have some comparative advantage in producing, such as agricultural products like rice, wheat, maize and poultry. It is no secret that Ghana seems to import everything, from cars to toothpicks. According to the OEC, Ghana’s total imports for 2019 amounted to a staggering US$18.4 billion.

The combination of these two factors has led to the country’s perpetual deficit in balance of trade and balance of payment. Because the country continually needs more dollars than we bring in, the Ghanaian currency is fated to be inherently weak compared to the dollar. The depreciation of the cedi will keep confronting the nation though it is really no surprise. Businesses will keep being affected, and the cost of living, especially for nationals, will keep increasing, especially in the first quarter of every year when foreign companies repatriate their profit.

Structural challenges
Because the problem is rooted in the weak foundation of our economy, the Ghanaian cedi crumbles whenever there is an exogenous or endogenous shock to the economy. A careful observation reveals that the greatest depreciation of the currency has occurred in times of external crises. The global financial crises, the global commodity crises and the Russia-Ukraine war all merely exposed the weak foundation of our economy through their ruinous effects on the cedi.

These challenges are well known to many in the country, including our political elite; yet it is easier for them to pretend that they do not exist as we continue to do nothing about them. While in power, politicians are quick to blame the fundamentally weak structure of the economy for our perennial depreciation, but in opposition, they are first to point accusing fingers at the ruling government for incompetence in addressing the issues. It should by now be clear to any fair-minded Ghanaian that no economic magic by any politician– no matter how brilliant or eloquent they may sound– can fix the depreciation of our currency overnight, as long as the structure of our economy remains the same.

The Ghanaian economy can, thus, be likened to the biblical foolish man who built his house on sand and the rain descended, the floods came, and the wind blew and beat on that house and it fell. And great was its fall (Matthew 7:26-27). Instead of questioning the foundation of our building and replacing the sand with rocks, we are quick to blame the rain, the floods and the wind, although there were other structures that went through the storm and did not fall. We also forget that the storms will never cease blowing and, therefore, the obvious solution is to fix the structure and fix it now.

Unfortunately, our approach to solving this recurring problem has been similar, if not the same: the Bank of Ghana increases the policy rate, injects foreign currency into the economy, or the government raises Eurobonds to stabilise the cedi, among others. The challenge persists despite these interventions because these measures only mitigate the problem and give short-term relief instead of fixing the structures. This is no attempt to downplay the effect of these policies. However, after we get some temporary relief, we always conveniently forget the enduring structural problem until disaster strikes again.

The only way forward is to fix the fundamental structure of our economy. COVID-19 taught us to strive as a country to be self-sufficient at least in our essential commodities. We must have a serious national industrialisation plan anchored on our strengths, particularly in agriculture. In this vein, we must promote, support and establish import substitution and export-driven industries based on our comparative advantages. We also need to enforce and/or tighten our laws on repatriation to stop foreign companies from repatriating all their profit at the beginning of every year. Finally, the government needs to stop businesses and institutions– including government agencies– from pricing in dollars. Indeed, if the foundations are destroyed, there is nothing that the righteous can do (Psalm 11:3).

Mars Incorporated supports 14,000 cocoa farmers on a path to a sustainable living income by 2030