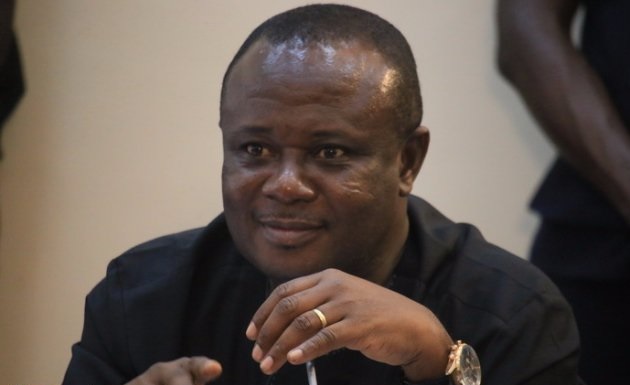 The lack of quorum at Friday’s sitting in Parliament once again forced the House to stop short of approving the €20 million agreement between the government of Ghana and the German Development Bank Group, Frankfurt.

The inability of the House to approve the facility came after the Minority had once again raised concern over the lack of quorum in the House.

That came after the Majority Chief Whip, Frank Annoh-Dompreh, had drawn the First Deputy Speaker’s attention that a debate on the motion for the approval of the €20 million agreement between the government of Ghana and the German Development Bank Group, Frankfurt am Main had been concluded.

He, therefore, asked the First Deputy Speaker, Joseph Osei-Owusu, who was presiding, to put a question on the motion for its approval, a request the Speaker heeded.

What is the money for?

The amount is to finance the Green Credit Line under the Reform and Investment Partnership between the government of Ghana and the Federal Republic of Germany.

The loan, which seeks to expand Ghana’s access to renewable energy, among others, is part of the G20 compact with Africa and will be repaid in 32 year’s period at an interest rate of 12 per cent with grant element of 53.2 per cent.

The overall objective of the project is to achieve the national target of reducing greenhouse gas emissions by 15 per cent by 2030 and achieving a renewable energy (RE) share of 10 per cent of the total energy mix (excluding hydroelectric power plants).

But the National Democratic Congress (NDC) MP for Akatsi South, Bernard Ahiafor, said while the House was about taking a decision, the law was clear that to be able to take decision, “we must have majority of members present.”

Speaker, we are not up to 138 and we will be violating Article 104 (1) of the 1992 Constitution and we will be in contempt of the Supreme Court if we dare take a decision.

“Care must be taken as we are no longer masters of our own rules and we should be careful not to be doing anything unconstitutional,” he said.
Article 104(1) of the Constitution stipulates that “Except as otherwise provided in this Constitution, matters in Parliament shall be determined by the votes of the majority of members present and voting, with at least half of all the members of Parliament present.”

Reacting to Ahiafor’s objection, the Deputy Majority Leader, Alexander Afenyo-Markin, said before motion on the €20 million agreement, the House had considered and adopted a motion on the Criminal and other Offences (Procedure) (Amendment) Bill, 2021 prior to its second reading.

He wondered why Ahiafor who never raised an objection on the motion on the Criminal and other Offences (Procedure) (Amendment) Bill, 2021, would immediately see the need to raise objection against €20 million agreement.

Questioning the constitutionality of the Akatsi South MPs stance against the loan agreement, Mr Afenyo-Markin asked “Is it the case that you are arresting the motion?”

Wading into the argument, the Minority Chief Whip, Mohammed-Mubarak Muntaka, acknowledged that the House might have acted unconstitutionally when it approved the motion on the Criminal and other Offences (Procedure) (Amendment) Bill, 2021, such approval of the motion must be reversed.

Mr Speaker, if it is the case, unless it can be proven that members stepped out, then that decision needs to be rescinded because the numbers were not there,” he stated.

Intervening, the Majority Chief Whip, Frank Annoh-Dompreh, called for calm among both sides of the House.

Mr. Speaker, I think that we have done enough for the day and I want to thank my colleagues for their cooperation,” he then moved for the House to be adjourned.

Adjouning the House, the First Deputy Speaker directed that only members of the House who were in the chamber at the time of the adjournment should be the ones whose names should appear on the Votes and Proceedings for today unless there is evidence that somebody had been in and had gone out.

I will not accept a situation that we come on Tuesday and we have a list of 200 people when we never had the number to take a decision.

“So, please ensure members who have been in only have their names on the Votes and Proceedings. Committee sitting is not plenary sitting.”

I am directing that only MPs who are here now are the ones whose names should appear in the votes and proceedings for today, I will not accept a situation where we come on Tuesday and we have a list of 200 people present when we never had the number to take a decision.”

He added that: “Committee meeting is not plenary sitting. Whether the person wrote his name or not once he or she is not in the chamber, please make sure he or she is marked absent,” he directed.

At Thursday’s sitting, which was presided over by the Second Deputy Speaker, Andrew Asiamah Amoako, the House failed to approve a €20 million agreement between the government of Ghana and the German Development Bank Group, Frankfurt due to lack of quorum.

Related Topics:Parliament€20m agreement
Up Next