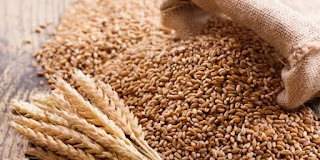 Nigeria has moved to boost the production of wheat in the country as it partners with food and agri-business giant, Olams International Limited, to develop seed varieties of the grain that are suitable for its climate, which will boost local output and reduce the country’s dependence on importation of the product.

This is coming at a time that the global food system has been in crisis due to the pressure from the Russia-Ukraine war.

According to Bloomberg, this was made known by the Country Head for Olam-Agric Nigeria, Ashish Pande, during a virtual media briefing where he said that Olam unit Crown Flour Mill has produced the nucleus seeds suitable for Nigeria’s topography and climate.

The Principal Research Officer at Lake Chad Research Institute, Kachalla Mala, had also at the event said that the new seeds give assurance that the investment of Olam will accelerate production in Nigeria, Africa’s largest buyer of wheat, across the wheat-farming belt.

What you should know

Breastfeeding does not cause sagging – Dr. Benin