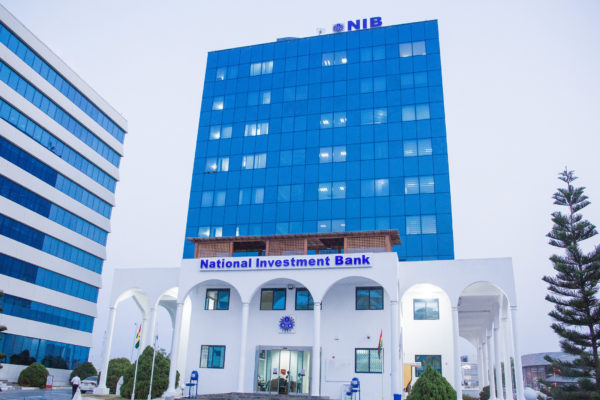 But when his account bulged in the Christmas of 2018, it would be the last for E-Constructions Solutions Ltd.

Police say those transfers into his account were not his company’s monies. The money belonged to the NIB.

In December 2019, the month when Mr. Brew was usually looking forward to the money, it was rather the police that came looking for James Brew.

James Brew had become part of a 12-man ring that allegedly pulled off one of the biggest money heists at the state-owned NIB.

In all, they stole GH¢9.6million NIB cash in three and a half years. An average of more than GH¢228,571 every month dropping in several NIB accounts – unlawfully.

The siphoning was allegedly orchestrated by two heads of department in the bank—Mr. Collins Frank Kubi, head of audit; and Matthew Esumah Amporful, who was head of Finance and Strategy.

The Fourth Estate understands that for some amounts of certain magnitude to move from a bank ledger to a customer’s account, it would pass through a service delivery chain that included supervisors, authorisers and an inputter.

The police say five other staff from the Finance and Strategy Department were roped in facilitate the theft. They are: Saviour Walanyo Balamey, a Senior Supervisor; Eric Turkson, an Authorizer; and Richard Besseah Asante, an inputter. The remaining are two inputters, Francis Kwame Sarfo and Kwabena Amoako Gyamfi, and another staff Bernard Kusi.

The police investigations presented to the Accra Circuit court say the team of external collaborators willing enough to use their bank accounts to receive the transfers were also recruited.

The police investigators say the head of audit department, Collins Kubi, allegedly found an NIB customer with three accounts and who unsuspectingly agreed to go along.

The head of department explained to the customer that he had done some work for NIB and was getting money for it, but the bank did not allow staff of the bank to receive monies through their staff account because it would amount to conflict of interest. The customer agreed to allow Mr. Kubi receive his money through the customer’s account.

This customer, the prosecutors say, is being used as witness.

Bernard Kusi and Francis Sarfo also got NIB account holders to assist in the scheme. But they allegedly cut a deal to do the transaction at a fee.

Bernard Kusi, who was a staff, allegedly also brought in a customer— his private company’s account, Kusben-03 Comms & Services.  The other account was James Brew’s account, E-Constructions Solutions Ltd.

It was Eric Turkson, an authoriser who allegedly opened the account for him. The two knew each other very well. Eric had employed James and they lived together in the same house at Weija, a suburb of Accra.

The police indicated that with the roles defined in the alleged money heist team, the “business” began. According to the facts of the case, the first transaction was carried out in May 2015.

Seven staff members worked together from May to December to transfer monies into the account of, a customer, James Brew’s E-Solutions Constructions Ltd and Eric Kumi’s account.

Within six months of their operation, the seven-member team had facilitated the transfer of GH¢1.09m into these two accounts.

In 2015, an inputter at the bank, Richard Besseah Asante did not join the heist. But after the success, the police say he joined the 2016 operation, which began in January. At least two more customers of the bank also got involved; Michael Kotey and other unspecified customers of the bank.

From the success of siphoning GH¢1.09m in 2015, the team allegedly tripled their efforts 2016. By December, GH¢3.11million had been wiped off and into the accounts of accomplices.

Undetected after two years, five staff members dropped out of the scheme in 2017, according to the facts of the case. But the remaining three did not pull out. Despite a decimated team, the three remaining—Francis Kwame Sarfo, Richard Besseah Asante and the audit department head, Collins Frank Kubi—continued to siphon monies to the accounts of at least three customers of the bank.

The three siphoned GH¢2.83million in nine months, from March to November 2017.

The heist was getting remarkably successful.

When the three staff members tried again in 2018, it was without the cooperation of two known customers, Eric Kumi and Michael Kotey. This time, the three staff used only James Brew and some other unnamed customers of the bank.

Four years of notoriously successful operations, the team entered the fifth year- 2019. And that was when things began to unravel.

Shake-up throws up a scandal

Then the bank decided to also carry out an audit review of the bank’s books. That was when GH¢9.66million was detected to have been illegally and dishonestly transferred into several accounts.

In December 2019, a month when James Brew of E-Construction Solutions would have expected a text message of the deposit, the police came looking for him. He absconded.

Other customers in the heist, Michael Kotey, Good Michael, and Eric Kumi have also been on the run since December 19, 2019.

All the eight staff members, including the two heads of department were arrested. Collins Kubi allegedly participated in every year’s transaction and is seen as the kingpin of the operation.

The eight staff members claimed “surprisingly…that the constant transfers into specific and same account numbers were errors,” according to the police charge sheet. Collins Kubi “being the former head of Audit and Inspection further indicated that, an auditor can only discover such unwarranted transfers upon a tip-off by an insider.”

The police have seized three houses at Spintex, Adenta, and New Aplaku Old Barrier, all in Accra. They also seized four cars, including a Mercedes Benz belonging to Mr. Kubi.

The eight staff were charged variously with 15 counts of conspiracy to steal, stealing and money laundering. The accused persons all pleaded not guilty and were granted bail when they appeared before the Accra Circuit Court on February, 25,2020

The police say at least one of the customers whose account was used for the transfers is now a witness in the case, assisting the police with investigations and prosecution.

The GH¢9million money heist was going on at a time when the Bank of Ghana and the Finance Ministry were undertaking a banking sector clean-up that cost the country $2.1bn and led to the collapse of eight banks.

Despite the NIB’s struggles, it survived the closure of banks. But the precarious state of the wholly state-owned bank has been acknowledged by the Finance Minister, Ken Ofori-Atta, who has charged the board to turn around the fortunes of the company. The bank is now working with Ghana Amalgamated Trust (GAT), a special purpose vehicle set up by government to help the bank recapitalise and reposition as a modern industrial finance institution.

The National Investment Bank was founded in 1963 as Ghana’s first development bank. It was formed to spearhead Ghana’s industrialisation drive. Since then, two banks have been carved out of NIB, the Agricultural Development Bank (now ADB) and Merchant Bank (now Universal Merchant Bank). According to the bank’s website, it has 48 branches and 3 agencies in Ghana.

Why has the case gone two years without prosecution?

While the bank works to attract funding, the fate of the eight accused staff is yet to be determined by the courts. It has been two years since the case was first called in court in February 2020. After the docket was sent to the A-G for advice, the case stalled.

The Fourth Estate’s sources close to the bank say the delay in prosecution has been a major concern to the board and management of the bank, who do not only want the culprits punished, but they also want the stolen money retrieved.

When The Fourth Estate got wind of the delay in the prosecution of the case, it wrote to the Attorney-General on February 3, 2022, for explanation on the protracted delay in prosecution.  The Attorney-General, in a reply dated February 14, 2022, said “advice has been prepared and dispatched to the Director-General/CID for further action.”

Sources have told The Fourth Estate that there has been a sudden revival of prosecutorial interest in the case since the Attorney-General’s Department received the letter from The Fourth Estate.