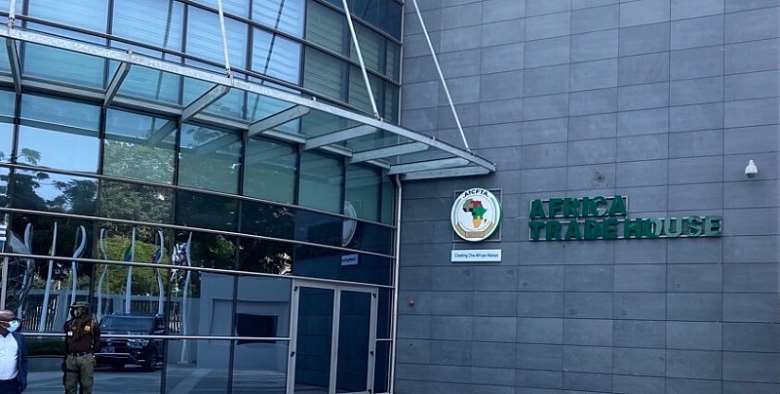 The project was launched at a virtual event on 10 March that brought together the Ministers of Trade of Senegal, Niger and Togo, and government representatives of Guinea, Burkina Faso, and Mauritania.

The project will support the implementation of more than 30 activities in the AfCFTA strategies of Burkina Faso, Côte d’Ivoire, Guinea, Mauritania, Niger, Senegal, Togo, and Tunisia.

By assisting the implementation of priority actions formulated by ECA, the project will help to create an environment where trade can be more efficient and inclusive in the eight beneficiary countries. By the end of the project, their capacity will have been enhanced towards tangible outcomes, such as jobs and other economic opportunities.

Mikael Anzén, Permanent Representative of Sweden to the WTO and Chair of the EIF Steering Committee said “This project represents the EIF’s importance to continue fostering regional programming as well as deepening relationships with partners for their economic recovery.”

It leverages ECA’s extensive expertise and experience on the continent, building on the individual country strategies and the ITFC’s valuable trade skills.”

“ECA values the substantive work and productive collaboration undertaken since August 2021 with ITCF and EIF to support the operationalization of the AfCFTA,” said Vera Songwe, UN Under-Secretary General and Executive Secretary of the ECA.

This joint project can potentially push regional trade levels up from 18% to 25% within a decade. With proper implementation, this could also lead to a US$10 billion decrease in imports from outside the continent, while boosting agriculture and industrial exports by up to US$45 billion (7%) and US$ 21 billion (5%) per year.

ITFC has, since 2008, provided about US$61 billion with US$30 billion extended to Africa. In addition, we support the AfCFTA national strategies implementation in our Member Countries by harmonizing customs codes with new tariff provisions, applying rules of origin, and training AfCFTA national stakeholders. Finally, we must also be quick with our partners, we aim to encourage Africa’s involvement in regional value chains through programs such as the Arab Africa Trade Bridges (AATB) Programme.”

The AfCFTA seeks to bring about the establishment of a common framework and sets of standards across the African continent to ensure trade cooperation, harmonization, and efficiency. It entered into force on 30 May 2019 for the 24 countries that deposited their instruments of ratification by this date. The operational phase was launched on 7 July 2019.

The AfCFTA is expected to spur intra-African trade and to have positive spillover effects on trade among African least-developed countries. It is also expected that the AfCFTA will pave the way for increased inter-African trade due to better access to the intercontinental market.

Only 45% of MASLOC loans paid in five years

GIMPA to launch Endowment Fund on March 31 to raise Ghc1billion