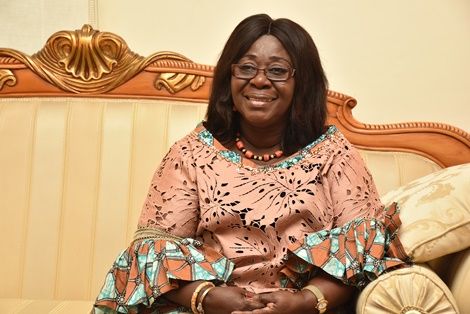 There is an insider job targeted at the Chief of Staff, Mrs. Akosua Frema Osei-Opare, from within government circles, to make her unpopular our sources have reliably gathered.

There have been series of attacks directed at the woman that many see as having brought dignity to the office of the President, Jubilee House.

Latest of such machinations is a letter purported to have been written by the Chief of Staff to the Ghana Immigration Service (GIS) for protocol enlistment.

What is making the letter, dated February 22, 2022, overly fake is the fact that there is no reference number, as done to every letter from the Chief of Staff’s office, and also there is no signature of Mrs. Frema-Opare on it.

Furthermore, the said letter was not copied to the Executive Secretary to the President, as it is done with such letters.

Again, those who wanted to use the letter to dirty the Chief of Staff were not smart enough, as the Minister for the Interior was also not copied, as the GIS is under the Ministry of Interior.

It is widely suspected that the fake letter was circulated by the same elements who instigated some New Patriotic Party (NPP) persons to go after the Chief of Staff when a popular comedian, Valentina Nana Agyeiwaa, popularly known as ‘Afia Schwarzenegger,’ went out bragging that the Chief of Staff gave her some GHC50,000 for her late father’s funeral.

Although, the whole GHC50, 000 saga was a hoax, the people’s dirty agenda against the otherwise respected Chief of Staff succeeded in making her an enemy of the public.

It is common knowledge among persons within and outside government of various attempts to soil the image of the Chief of Staff, but those attempts have failed.

After the NPP won the second term, there were massive attacks on the first female Chief of Staff, all aimed at getting President Nana Addo Dankwa Akufo-Addo to drop her, but those who pursued the agenda failed.