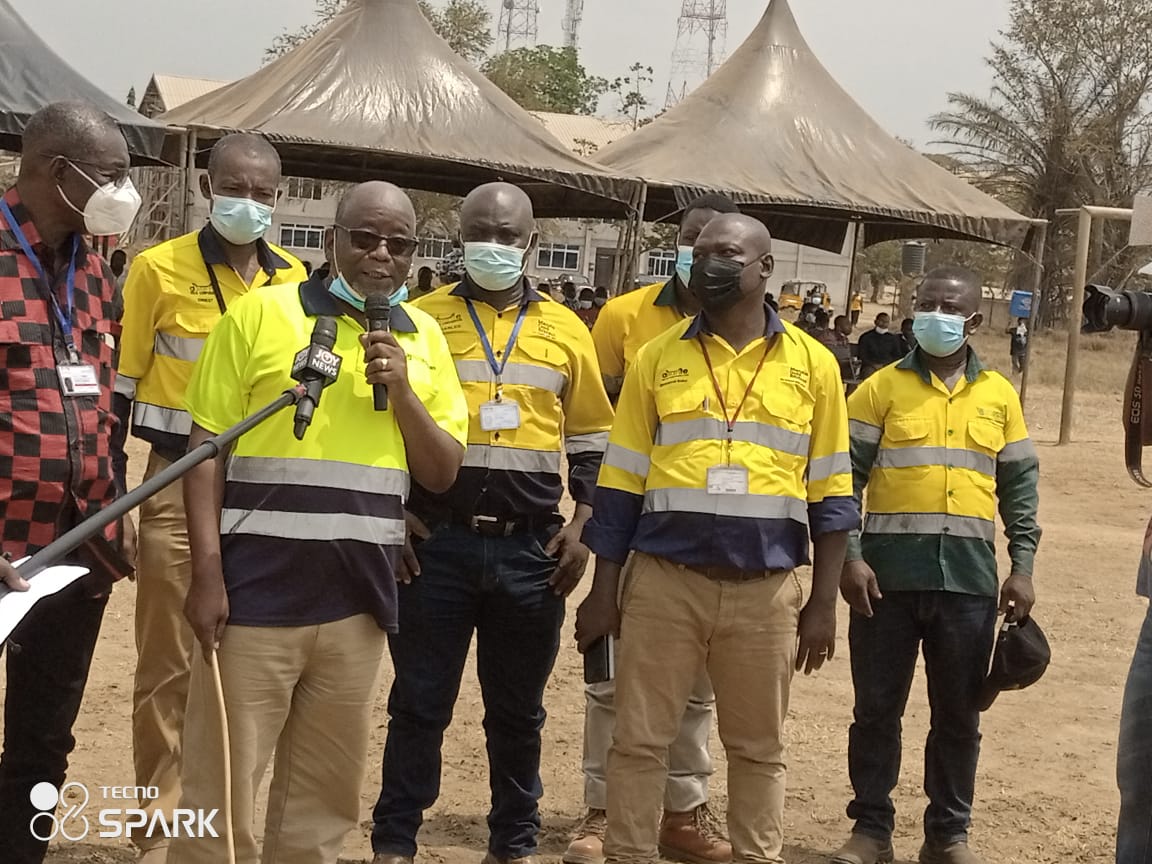 Mensin Gold Bibiani Limited, owned by Canadian-based Asante Gold Corporation, is to resettle more than 70,000 residents in the Bibiani-Anhwiaso-Bekwai Municipality in the Western North region of Ghana as the Environmental Protection Agency (EPA) concludes its public hearing to grant a permit to the firm to begin surface mining.

Chiefly to be affected are the Old town and Zongo community at Bibiani and indeed, the roads that connect the town and Goaso following a likely “pit cut back” (expansion).

Also, a committee is to be put in place to handle all compensation issues especially of those whose farms are to be affected while a special bypass is to be created for those who may have to access the mines before getting to their farms.

At the public hearing at Bibiani on Monday to get the buy-in of residents in the 16 communities, the people led by the president of the National House of Chiefs who also doubles as the head of the Western Regional House of Chiefs, Ogyeahoho Yaw Gyabi, agreed in principle to the draft concept but called for the modification of the diversion of some of the roads and the need to employ more locals in the firm.

The chief for instance urged the EPA to issue out the permit with dispatch but insisted on skills training for the youth within the next four years to enable them to gain employment.

Subsequently, he has donated a site for the construction of a branch of the University of Mines and Technology (UmaT), Tarkwa, to that effect.

Explaining the processes, the Acting Director, Mining Department, EPA, Ing. Michael Ali Sandow, said the concerns raised will be factored into the draft document while it awaits the mandatory 21 days for the general public to present their written suggestions and concerns after which the document will be sent back to Mensin Gold for fine-tuning.

He said once that requirement was done, the permit will be issued for an initial 18 months.

However, he said, on the 12th month of the 18-month period, the mining firm will be expected to present it’s Environmental Management Plan as well as its Resettlement Action Plan for another certificate to be issued for a renewable three-year period.

The Consultant for the project, Dr. Charles Akayuli of the Geosystems, allayed the fears of those to be affected while assuring them that the concerns of road diversion will be addressed.

He said the suggested diversion plan and indeed the general concept was developed taking into account, the environment, human and animal safety.

In a response to some of the concerns raised by the chief, the Corporate Social Responsibility Manager of Mensin Gold, Lawyer Emmanuel Aidoo, said the skills training for the youth has already been rolled out despite the fact that the mine was not in operation.

He said special training for interested for females to handle and drive heavy-duty trucks and machines was also in session.

Indeed, four years ago, when the firm went through a similar process for an underground permit to be issued, the mines rolled out the training process and a number of social interventions including scholarships for brilliant but needy children, which are still in session.

The board chair of Mensin Gold, Kwame Ofosuhene Apenteng and members of a three-member panel constituted to address the people commended the communities for their comportment and the push for the permit to be issued.

In a related development Ogyeahoho Yaw Gyebi has pleaded with the firm to help construct a modern stadium for premiership side Bibiani Gold Stars, currently being sponsored by the firm as well upgrade the Bibiani Hospital to a referral centre.

It begins surface mining once the permit is granted by EPA while maintaining the operative name Mensin Gold Bibiani Limited.

Related Topics:Mensin GoldMining
Up Next

AGA pushing for more women in the mining industry