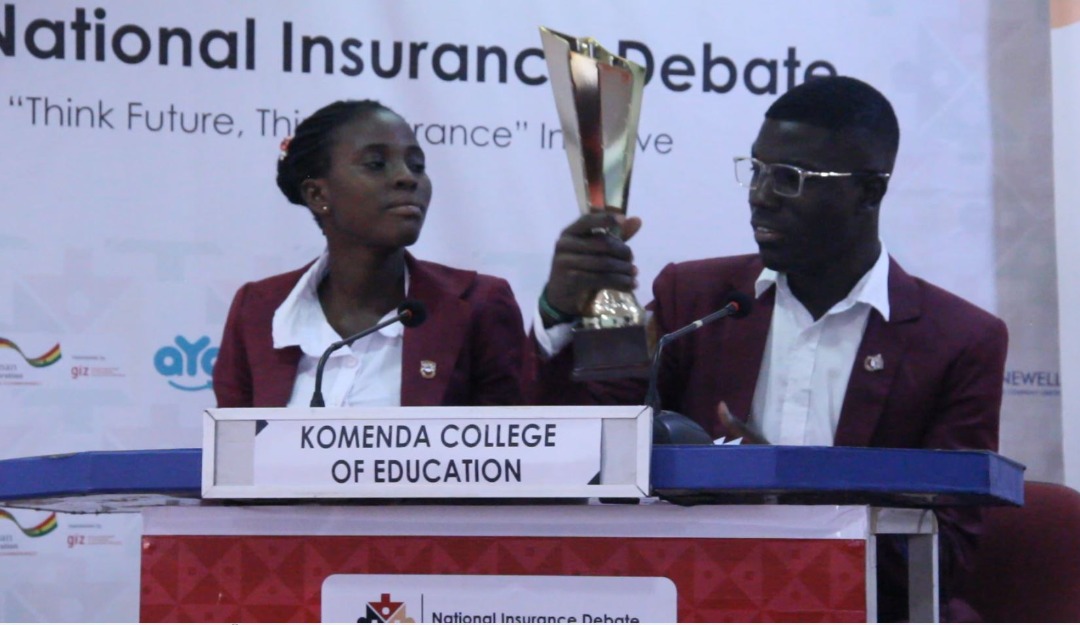 The Komenda College of Education has been crowned winners of the maiden National Insurance Debate for tertiary institutions with a score of 85.3%.

They triumphed over St. John Bosco College of Education who scored 71.6% in the final competition which was held at the National Insurance Commission auditorium in Accra on November 16, 2022.

The Central region-based college of education received the gold blatted trophy, earned the bragging rights and also took home cash award of GHc2000 from Insurance Awareness Coordinators Group (IACG), GHc1500 from the Insurance Brokers Association of Ghana (IBAG) and souvenirs while the first runner-up school had a cash award of GHc1,000 from IACG, and another GHc1,000gh from IBAG as well as souvenirs from sponsors. 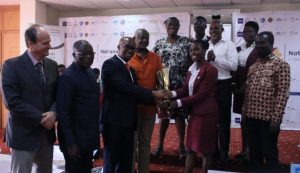 Speaking on behalf of the Commissioner of Insurance, Dr. Justice Ofori, the Head of Reinsurance and Anti-Money Laundering at the National Insurance Commission (NIC), Esther Armah, said increasing insurance penetration and coverage are at the core of the Commission’s mandate. Adding that, a lot of activities have been embarked on to address this matter. One major obstacle however, has been the formula for measurement.

That notwithstanding, provisions are outlined in the Insurance Act, 2021 (Act 1061) to help improve the current position,” she noted.

According to her, insurance is good news, but it is sometimes misconstrued, explaining that it is an investment that promises an invaluable return of putting one’s mind at peace.

“With insurance, you are free to go about your duties knowing that someone has your back within prescribed conditions,” she stressed.

I know that our response to claims payment has not always been pleasant which has negatively impacted public perception about our industry. But it is a perception and as an industry, we are doing all it takes to change it. This is because insurers are in business to pay genuine claims.”, Armah assured.

Armah noted that through this special maiden debate, NIC hopes to glean some ideas on the way forward. 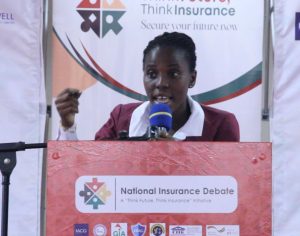 A Principal Economics Officer, Michael Lamptey, who spoke on behalf of the Head of Pensions and Insurance Unit of the Ministry of Finance, Patience Arko-Boham, lamented that even though insurance plays a vital role in the financial ecosystem, the low level of insurance penetration in the country is quite alarming.

According to the 2021 demand survey report which seeks to among others highlights the level of access to financial products, types of products and services used by financially included individuals indicates that “68% of the adult population have health insurance coverage as against 4% for life insurance, 3% for pension; 2% for accident and 1% coverage each for third party, comprehensive vehicle, property damage and education insurance.

The insurance industry also recorded GHS 11.06 billion in total assets as at end June, 2022 compared to GHS 8.7 billion at end June, 2021, indicating an increase of 26.4%. “The sector continues to remain robust and resolute in its year-on-year growth trajectory,” Lamptey stated.

Lamptey noted that, government recognizes that, financial literacy is key to bolster the financial capability of its citizenry and has therefore designed a five-year financial literacy strategy plan for implementation, with insurance remaining a key priority area of focus. The programme was piloted in September 2022 in selected districts and regions adding that government will partner stakeholders from the financial institutions including the insurance industry for implementation of the programme expected to commence in December, 2022.

Additionally, he said, government is creating a financial ecosystem that will drive financial inclusion and an enabling business environment, including the development of a Capital Market Master Plan to attract domestic and international investors including insurance, as well as the establishment of a Domestic Credit Rating Agency (DCRA) to help in the rating of Ghanaian insurance companies and marketing Ghana as an International Financial.

I am particularly excited about the efforts of stakeholders to whip the interest of students through such programmes. May I suggest the debates are organized in the senior secondary schools as well to build their knowledge and interest in insurance,” he suggested. 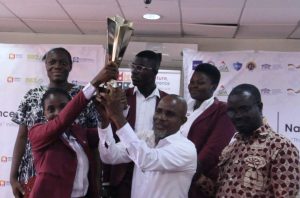 The Head of Programme for Sustainable Economic Development- GIZ, Detlev Axel Jahn, noted that with insurance penetration hovering around 2% and knowing that there is still a large population of Ghanaians in the informal sector who needed to be educated to understand the value of insurance inspired the GIZ to collaborated with the Insurance Awareness Coordinators Group (IACG) on several insurance education and awareness campaigns including the “Think Future Insurance” educational campaign- a roadshow of 39 tertiary educational campuses in Ghana.

He explained that the roadshows helped in sensitizing students on the importance of insurance, instilling the necessary knowledge and background of insurance and empowering them to serve as “insurance education ambassadors” to their households, communities, and the general Ghanaian populace.

He further noted that the German Development Cooperation through its GIZ-implemented Financial Systems Development project has been promoting consumer protection and financial literacy among Ghanaians since 2014.

We believe that the more of this we do the more people get educated about what insurance is and students are encouraged to develop the habit of investing and insuring while still in school,” he observed. 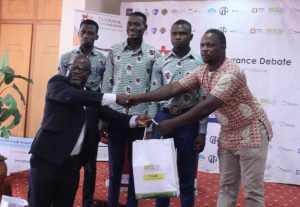 Again, since 2010, the German government has been supporting the microfinance and insurance sectors through the Programme for Sustainable Economic Development. It aims to promote access to finance and financial stability for Micro, Small, and Medium Enterprises (MSMEs).

We are achieving this through close collaboration with state regulators such as the Bank of Ghana, the National Insurance Commission, and other sector associations,” Jahn noted.

According to the President of the Ghana Insurance Association (GIA), Seth Kobla Aklasi, the GIA has agreed to hold the National Insurance Debate annually.

Insurance is one of the surest ways to eliminate poverty in our continent”, IBAG president, Shaibu Ali said. 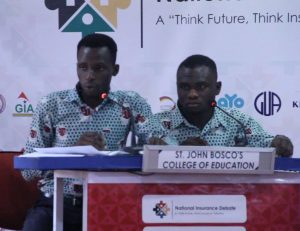 In all, a total of 16 Insurance Awareness Clubs from selected tertiary institutions nationwide participated in the maiden edition of the National Insurance Debate from November 4 – 16, 2022 at the Kwame Nkrumah University of Science & Technology and the University of Cape Coast.

Insurance Brokers are the gateway for excellent customer service