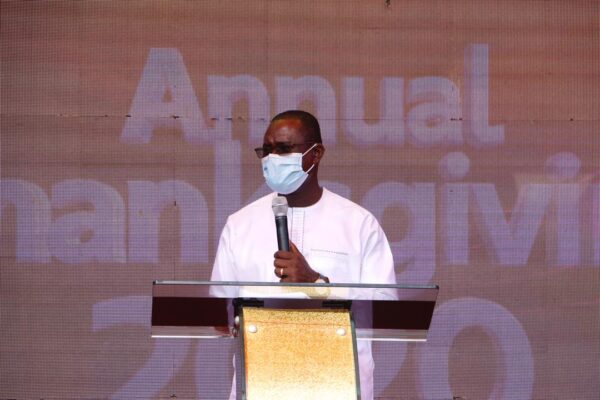 The Jospong Group of Companies (JGC) today (November 27, 2020) held its annual thanksgiving on the theme “Blessed the Lord oh my soul”, to appreciate what the Lord has done for them and also to appreciate stakeholders for their support over the years.

Dr. Joseph Siaw Agyepong, Chairman of the JGC used the occasion to commend both past and present governments for giving him the opportunity to contribute his quota to the development of the country.

Dr. Lawrence Tetteh, the world-renowned evangelist, during his word ministration, said one of the reasons for Dr. Siaw Adjepong’s success is that he has been focused over the years and does not indulge in social vices. 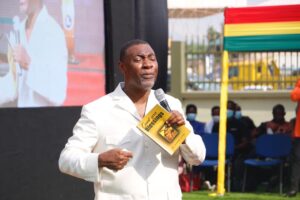 He doesn’t smoke, drink or engage in other vices and this is why he is successful”, he noted.

Ministering on the topic “Count your blessings”, Dr. Tetteh couched his message from Psalm 103:1-7.

Count your blessings and forget not your God and your humble beginnings” he cautioned.

Dr. Tetteh encouraged the congregants to continue to pray, adding that a “prayerful nation is a powerful nation”

He also asked that Ghanaians seek the face of God and move away from their wicked ways. 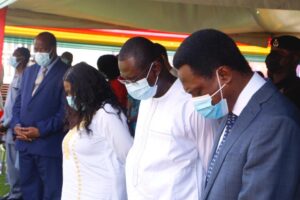 Madam Cecilia Dapaah, the Minister for Sanitation and Water Resources who was the Guest of Honour, commended the chairman and the Jospong Group of Companies for the good works in serving the country.

She noted that her ministry has a good relationship with the Jospong Group of companies as well as the other private sanitation providers. 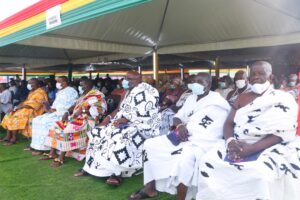 She further advised that Ghanaian should keep the peace during the December 7th general elections and should not do anything untoward to marred the peace.

Madam Dapaah, who was celebrating her 66th birthday on the day thank God for His blessings and prayed for strength to continue to serve the nation.

For without God I can do nothing,” she stressed.

The thanksgiving took place simultaneously at all the offices of Zoomlion across the country. A minute silence was also observed in memory of the late former president Jerry John Rawlings.