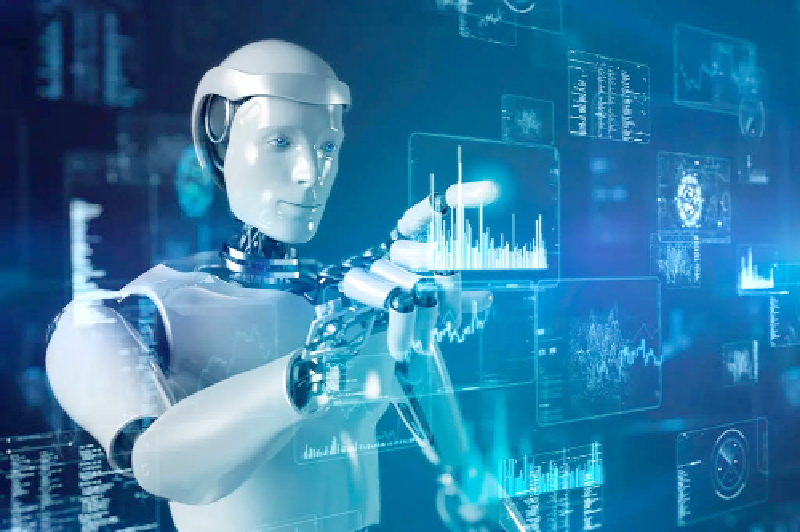 The topic of automation and artificial intelligence replacing jobs is one that seems to come up again and again.

In this three-part series, we will be exploring AI, ChatBot GPT and the risk (opportunities and threats) posed by an increasingly automated world of work.

In the last few weeks, the topic of AI’s ability to steal jobs has reemerged as centre-stage with the launch of ChatBot GPT (Chat GPT) by OpenAI. Co-founded by billionaire Elon Musk and former Y Combinator president, Sam Altman, Chat GPT broke the internet in early December as millions of people took to the internet to share its many capabilities – from writing essays, love letters, recipes, job descriptions, code and decoding, testing and fixing code vulnerabilities as well as querying databases and returning feedback in seconds – queries that would otherwise take hours or perhaps even days.

In its first week, Chat GPT gained over a million new users and led to Google issuing a “code red” for the impact of the application on its Search business.

So what is AI?

AI (Artificial Intelligence) is a broad term used to refer to the ability of machines to perform tasks that would typically require human-like intelligence. It includes language processing, coding, research, recognising images, decision-making and problem-solving. Common examples of everyday AI tools that we use include: self-driving cars, voice assistants like Siri or Alexa, and language transcription and translation software.

There are three main stages of AI, including:

ANI refers to machines that are trained to perform specific singular tasks, such as playing chess. The AGI stage will refer to machines who are able to view and understand the world as humans do. For example, entering a home and knowing how to make a cup of coffee autonomously. The third and final stage is ASI, which is self-explanatory. Oxford Philosopher, Nick Bostrom, described ASI as “any intellect that greatly exceeds the cognitive performance of humans in virtually all domains of interest”. We are seeing great developments in ANI now and are not quite at the AGI or ASI stage, which many fear may offer great opportunity, but also great risk to human existence.

What is Chat GPT?

Chat GPT is a chatbot application built on top of OpenAI’s GPT-3.5 family of language models which is fine-tuned with both supervised and reinforcement learning techniques. GPT stands for generative pre-trained transformer. Via an interface, users can interact with the language models by making a manner of requests that are quickly actioned. Since its launch, it has been noted by some that the range of requests the application can respond to has been limited due to the nature of questions users were asking in its nascent stages. Prompts deemed dangerous, unethical or illegal have been blocked.

Are concerns over AI new?

Concerns around AI taking jobs are not new. Much has been said over the past decade about this prospect. Let’s look at one role in particular; a role in the creative sector. A sector initially considered “safe”. The role of the “Content Writer”. About 10 years ago, content writers were people who simply wrote articles for your blog. You would then have to search for someone else to produce images and video. Over time and with increasing access to free stock image files and video, the expectation of content writers changed and the call was answered by forward-thinking content writers who self-styled as content creators – stacking value and providing the whole package, from text, to audio, images and video. These most innovative content creators stayed abreast of things by seeking-out the latest tools to make their work easier and increased production quality and speed. They could only be beaten by business owners who knew and had ready access to some of the tools they were using.

This is just on the production side. There was also money to be made on the scheduling side – these were mainly social media agencies who added automation to their value stack. Sadly, soon after scheduling became a thing, so too did the tools that helped automate scheduling. One such app is Canva, which went from image generation to scheduling directly from the asset generation tool. Canva since inception, has evolved rapidly into a powerhouse that conveys incredible advantage to its users and the ability to generate media assets such as videos websites and product mockups in just a few clicks – something that would previously have required numerous people to participate in the value chain, project management effort and funds.

We now also have incredibly powerful tools, such as Semrush not only to conduct research and schedule posts, but also now using AI to identify the best times to post to reach your most loyal and engaged audiences in a way that provides positive reinforcement to platform algorithms to highlight your account as relevant.

Where does this leave content creators? Well until about a month or so ago, content creators could still hold their ground, especially in niche content areas. However, now and with the advent of OpenAI’s Chat GPT, which can generate great content in a matter of seconds, content creators are going to be faced with a tough choice to really get on top of their game to stay ahead or get left behind. Much like when image repositories and generators started popping up, innovative content creators will need to learn how to use these emerging tools to improve their work. People have already started creating marketing agencies based on a number of discrete jobs for which they have mastered commands on Chat GPT with their USP being quicker turnaround times and quality. Those who do not understand and utilise these emerging technologies will eventually be pushed out by smarter content creators and business owners with direct access to the tools.

Just think for a second about the cost associated with hiring a content creator for a month to generate one article per day, which is circa $800/Month, compared to a free or subscription-based tool for circa $20/Month for upgraded features and unlimited options for generating a whole range of information. On the content creation side alone, this represents a 97.5 per cent saving.

Let’s consider the role of the Blockchain Developer. In recent years, the demand for Blockchain Developers has soared as businesses and innovators alike have clamoured to build applications that support Web 3 and the decentralised web. Given the sudden rise in demand versus the supply, Blockchain developers have been able to command salaries north of $100,000 even from countries such as Ghana, because of the growth of decentralised workplaces and changing attitudes to remote work. It has been a seller’s market and one where it was not uncommon for developers to hear “name your price”. Now, it is possible to issue a simple two-line prompt in chat GPT requesting it to build a Solidity contract for you.

This concludes part I of the article. Tune in for section II, which will delve deeper into the business case and financial incentives for businesses to keep abreast of developments such as Chat GPT.