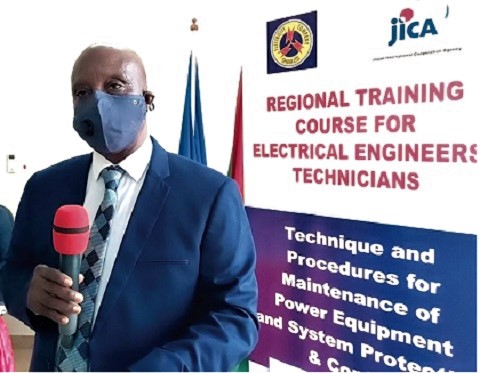 A skills enhancement training for electrical engineers and technicians from four West African countries is underway in Tema, the Greater Accra Region.

The Japan International Cooperation Agency (JICA) organised the five-day exercise as part of its electrical engineers training for African countries project, under its technical cooperation support for Africa.

The training, which started at the Electricity Company of Ghana (ECG) Training School in Tema last Monday, is being participated by 28 representatives from power generation and distribution companies in Ghana, Sierra Leone, Liberia and The Gambia.

It is aimed at enhancing the skills and knowledge of participants in the operation and maintenance of power equipment and distribution systems to improve the operational efficiency of their respective entities.

The Deputy Managing Director of the ECG in charge of Sales and Customer Service, Jones Ofori-Addo, said the training would build the capacity of the trainees to ensure that their countries enjoyed stable power supply.

He commended the JICA Ghana Office and the Japanese government for their continuous support to the country, including the training programme, which was initiated in 2013.

The Chief Representative of JICA Ghana, Yasumichi Araki, said his organisation was committed to continuing its support for the sub-region in power production, supply and distribution systems.

He said for nearly 60 years, JICA had cooperated with Ghana, Liberia, The Gambia and Sierra Leone, using Japanese technology to contribute to the economic and social development of the beneficiary countries.

Araki said the energy sector, particularly electricity, had been prioritised for many years under JICA’s cooperation support.

He added that in Ghana, JICA used the grant aid scheme to implement a $38-million project for the reinforcement of power supply to Accra Central and a $15 million for the improvement of the power distribution system, which were completed in 2015 and 2018, respectively.

He added that $39.3 million was used for power distribution improvement in Sierra Leone and $20 million for the rehabilitation of Monrovia’s power supply system in Liberia.

According to Araki, every year, JICA provided technical training in Japan for officers and engineers in the energy sector to enhance their capacity.

For his part, the Director of Training at the ECG, Dr George Yaw Marfo, said although Ghana’s power generation and distribution had improved over the years, more needed to be done to deal with operational losses.

Over a trillion chips were sold in 2021