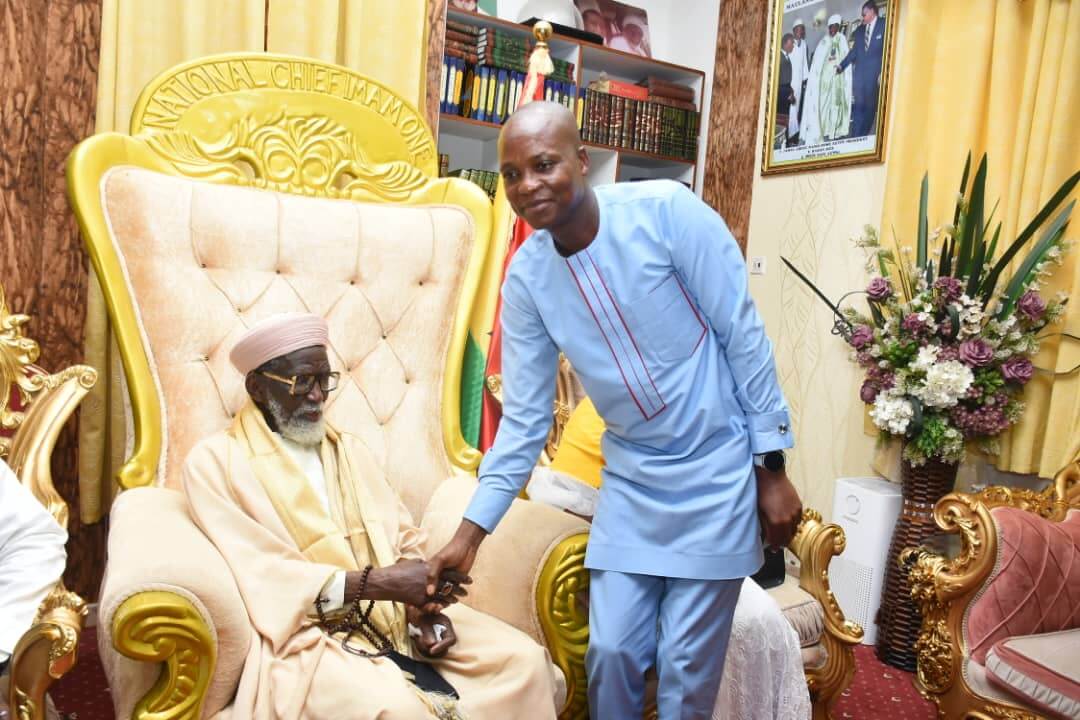 The Managing Director of Imperial General Assurance, Mr. Robert Wugah has commended the National Chief Imam, Sheikh Osman Nuhu Sharubutu, for serving as a symbol of religious tolerance for the peace and unity of the country.

He said the Chief Imam’s love and support for people from different religious backgrounds and all walks of life is worthy of emulation.

Mr. Wugah made these comments during a courtesy call on the National Chief Imam at which ceremony he also presented a cash donation, bags of rice, gallons of cooking oil and other foodstuff on behalf of the Board, Management and Staff of the company to the office of the Chief Imam.

The Board Chairman of Imperial General Assurance, Mr. Ivan Avereriyeh, used the occasion to congratulate the Chief Imam for celebrating his 103th birthday and asked for his prayers for the company.

He appealed to Muslim youth to be cautious in their celebration during Eid-al-Fitr, the end of Ramadan, to avoid motorcycle accidents.

For his part, Sheikh Sharubutu thanked Imperial for its kind gesture and underscored the importance of giving, particularly during Ramadan, to invoke the blessings of Allah.

He called on Ghanaians to protect the peace of the country by living in peace and harmony with each other.