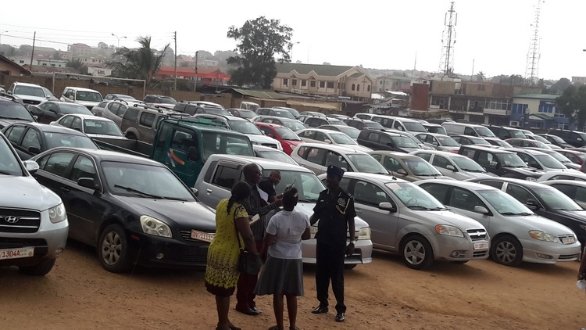 The Auditor-General (A-G) has cited the Ghana Revenue Authority (GRA) for failing to account for 97 vehicles the authority seized between January 2015 and October 2017.

The A-G blamed the authority for falling short of ensuring reliable and appropriate auction procedures for the confiscated vehicles.

In its 2018 report on ministries, departments and agencies (MDAs), the A-G said the authority could not provide proper documentation on the reserve price list of the vehicles, auction sales report and internal audit report covering the auctioning of 1,719 confiscated vehicles during the period 2015 to 2017.

However, yesterday when officials of the GRA appeared before the Public Accounts Committee (PAC) of Parliament to answer questions on infractions for which the A-G had cited the authority in 2018, the Commissioner of the Customs Division of the GRA, Colonel Kwadwo Damoah (retd), denied any corrupt deals associated with the missing vehicles.

We had these challenges when we were doing the auction manually. Everything had to be done manually, right from the beginning of the process when vehicles were not cleared within the stipulated time of 60 days,” he said.

The 25-member committee, chaired by the Deputy Minority Leader, Dr. James Klutse Avedzi, is probing infractions cited by the A-G against the Ministry of Finance, led by a Deputy Minister, Mrs. Abena Osei-Asare, and officials from the various agencies under the ministry, including the GRA and the Controller and Accountant General’s Department (CAGD), in 2018.

Providing details on what accounted for the missing vehicles, Col Damoah said since officials, including auditors of the authority, had to resort to the manual auctioning process, matters that had to do with physical examination and the taking and keeping of details of such processes had to be executed manually.

So the manual way of doing things created some problems for documentation,” he acknowledged.

He, however, indicated that during the period under review, the Customs Division of the GRA managed to produce documentation covering 1,622 vehicles, which had been forwarded to the A-G.

Gradually, we are interpreting our data and we have managed to reduce the number of vehicles the auditors initially observed as unaccounted for. As of the last count, the figure has come down to 97 and we are still in the process, engaging with auditors who are verifying the data we are providing them,” he added.

The commissioner was happy that the recent auction process had been “tidier now than it had been in the past”.

He attributed that to the introduction of what he called the Integrated Customs Management Systems (ICUM) as part of efforts to digitalise operations at the port.

We believe that with the introduction of the ICUM systems and the plan to automate the auction process, [reports of unaccounted vehicles] will become a thing of the past,” he assured the committee.

When the committee members sought to know from the A-G if the account Col Damoah had given of the 1,622 vehicles which had not been accounted for, an official from the A-G’s Department said the A-G was still vetting some of the documentation being made available by the authority.

So far, some of the documents made available to us are the gazettes and a list from their system which authenticates the auctions made so far. So we are still going through the process with them,” he said.