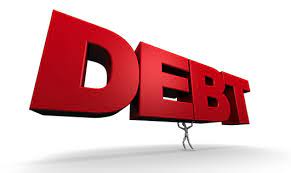 The Central Government, through the Ministry of Finance (MoF), has taken on fresh debt amounting to some GHS 2.22bn through the issuance of its 91 and 182 day treasury bills.

The short-term debt instruments auctioned on Friday, September 9, and to be issued on Monday, September 12, exceeded government’s initial target of GHS 1.68bn.

Bids tendered for the 91-day T-bill amounted to GHS 1,427m of which the government accepted GHS 1,410m rejecting some GHS 17m bids tendered by the various banks, insurance firms and other institutional investors.

For the 182 day, bids tendered amounted to GHS 860m of which the Central Government accepted GHS 815m rejecting bids to the tune of GHS 45m.

For the 182-day T-bill, interest rate on the short-term debt instrument is almost the same as the country’s headline inflation which stands at 31.7% as at July 2022.

The Ghana Statistical Service (GSS) is expected to announce the country’s headline inflation for the month of August in the coming days.

Should the country record a disinflation (decline in inflation rate) for the month of August, the 31.1% interest rate on the 182-day T-bill (and possibly for the 91-day T-bill), will result in positive real returns on the debt security.

The GHS 2.22bn debt auctioned last Friday by the government, adds to its domestic debt stock.

Meanwhile, the government, coming this Friday, September 15, will once again be looking to issue the 91, 182 and 364 day T-bills with the hope of raising some GHS 1.77bn in new debt.

6 ways to get funding for your business in Africa