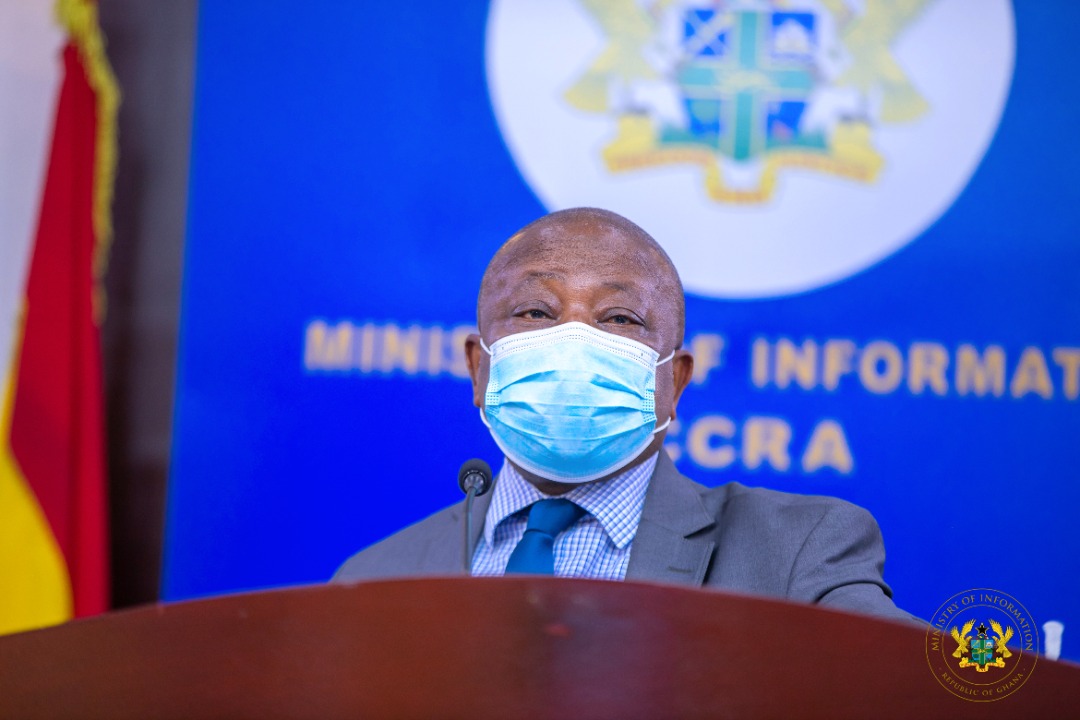 The government spent about GH¢662.5 million to address issues relating to the coronavirus disease (COVID-19) pandemic in 2021.

An additional $305 million out of the $430 million received from the World Bank was expended on COVID-19-related issues.

The funds were used to provide personal protective equipment (PPE), cleaning materials, sanitiser and paper towels, vehicles, infection prevention control commodities, drugs, among others, for agencies and during the reopening of schools.

The Minister of Health, Kwaku Agyeman-Manu, gave this breakdown in Accra yesterday when he took his turn at the minister’s press briefing to highlight activities regarding health service delivery in the country.

He indicated that other ministries, departments and agencies were also involved in helping to fight the pandemic, just like the private health sector, which supported with personnel to deliver quality services in the face of the threatening pandemic.

Agyeman-Manu said the interventions rolled out when the pandemic broke out were huge, stressing that the ministry would be ready to answer any queries which would be raised by auditors.

If the auditors’ report come out and there are questions, we will answer them because I don’t think anybody will be found culpable for having spent recklessly. We were moving up and down trying to resolve the issues emanating from the outbreak of the pandemic, ” he explained.

Giving an update on the vaccines administered to people in the country, Mr Agyeman-Manu said about 4.5 million people, representing 22.4 per cent of the targeted 20 million Ghanaians, had been fully vaccinated as of February 7, 2022.

Furthermore, 11,835,359 vaccines had been administered within the period, he added.

Sixty-seven thousand, one hundred and four people had received the first booster, while 8,325,791 people, representing 41.6 per cent of the targeted 20 million people, had received at least one single dose of vaccine.

For the booster, so far 67,104 doses had been administered, he said.

Giving an update on the case situation in the country, the Minister of Health said as of February 5, 2022, there were five severe and two critical cases, with 1,426 deaths.

Five hundred and twenty-seven had been recorded as active cases, he added.

He said between March 2020 and February this year, 2,272,998 people had been tested under routine surveillance, enhanced contact tracing and international travellers (Kotoka International Airport) category.

He therefore all Ghanaians to get vaccinated against the COVID-19 virus and discard any myths about the vaccination.

The Health Minister intimated that the World Health Organisation (WHO) had acknowledged Ghana and South Korea as the two countries that had managed the pandemic appreciably well globally.

Testing, tracing, treatment and vaccination have been carried out successfully, leading to the effective management of the COVID-19 pandemic,” he pointed out.

Agyeman-Manu noted that about 6,000 teams had been deployed nationwide as part of the COVID-19 Vaccine Deployment and Vaccination Plan for 2021 to vaccinate the entire population, including pregnant women and children.

We are trying to vaccinate as many people as we can within a very short time. Last week, we started the vaccination day, where we dedicated five days which we have expanded to try and make sure that people get vaccinated,” he further stated.

All these interventions, he noted, incurred huge expenditure, adding that the pandemic equally impacted negatively on trade, industry and tourism.

On his update on health infrastructure, Agyeman-Manu said the ministry had completed projects started by the previous government, as well as upgraded some hospitals and polyclinics nationwide, with others still on going.

He explained that they included phase one of the 597-bed capacity at the University of Ghana Hospital at Legon which has been completed with phase two almost completed.

Some of the completed projects included the 15 polyclinics in Central and Greater Accra Regions as well as five out of the eight Regional and District hospitals in the Upper West Regions. The rest included the construction of 15 new Community Health Planning and Services(CHPS) compounds which are all at various levels of completion as well as the completion of Bekwai District Hospital.

There are a number of ongoing Regional and District hospital projects located in the Ashanti, Western, Upper East, Eastern, and Greater Accra and Savannah Regions. Work on a proposed Diabetes Management, Research and Training Centre at the Korle-Bu Teaching Hospital is also ongoing.

Related Topics:COVID 19Government
Up Next