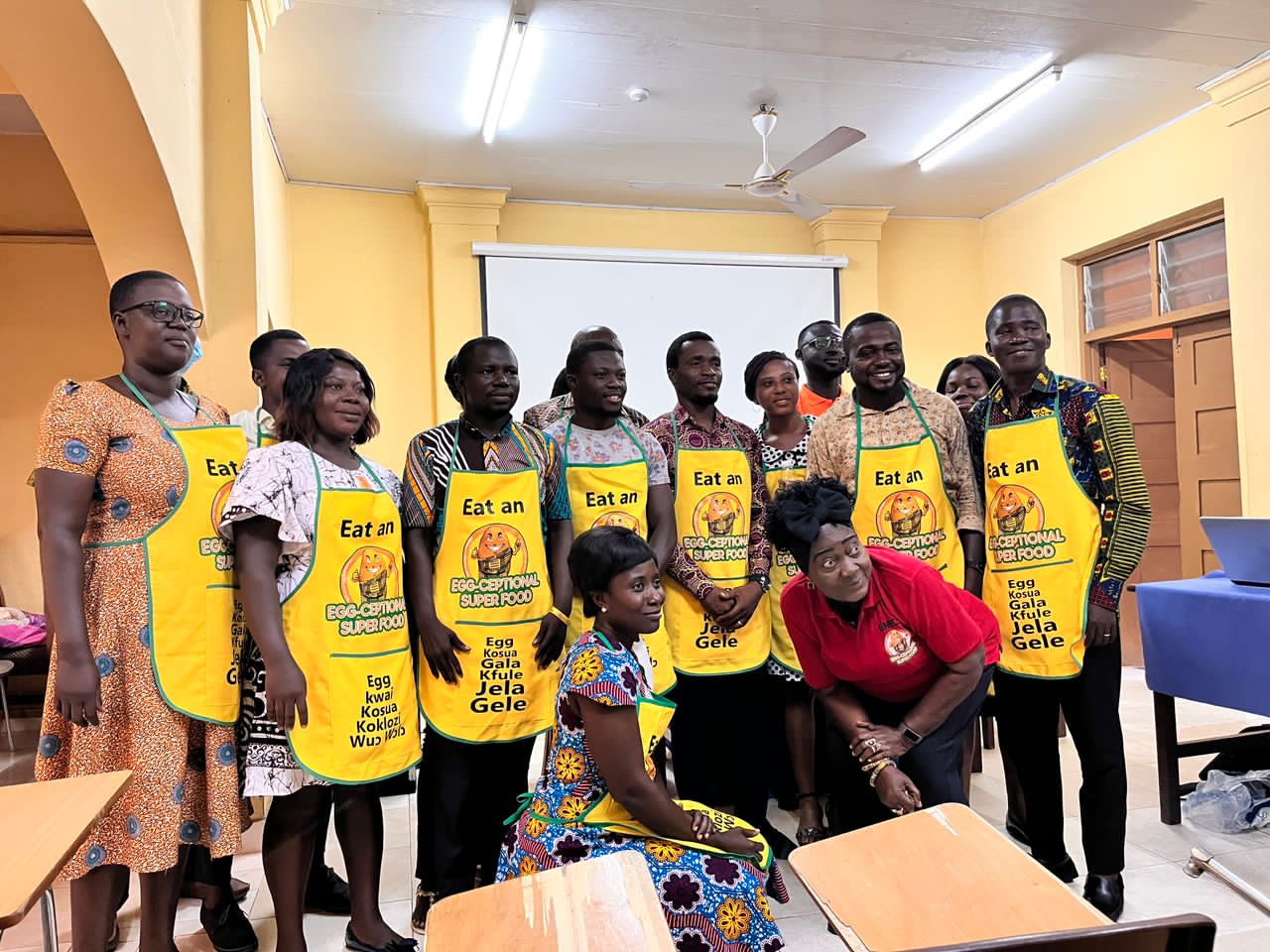 The Ghana National Egg Campaign Secretariat (GNECS) with support from its stakeholders have trained nutrition officers in the Western Region on the benefits of egg consumption.

The National Coordinator for GNECS, Comfort Kyerewa Acheampong, at the training emphasized that eating eggs, particularly among the aged, has the potential to control cardiovascular diseases and diabetes.

She explained that the choline in eggs, among other essential vitamins and minerals, also prevents the risk of strokes as well as controls the rise in blood sugar significantly, since it fights against crave crazy.

She noted that taking one egg a day was ideal for all ages to improve upon brain function and smoothen skin whilst fighting malnutrition in children and promoting total wellness.

Children after six months of exclusive breastfeeding could have eggs incorporated in their diets, and pregnant mothers, youth and aged population should feed on whole egg for proper development,” she added.

Acheampong, who is also the Secretary to the Ghana Office of the World Poultry Science Association, said the need to choose a healthy lifestyle was critical to nib in the bud emerging disease conditions that continued to increase healthcare burden.

She said evidence-based research did not prohibit any persons from eating eggs throughout the lifecycle since it had many health benefits such as for the eye, blood, muscles, bone, brain, heart and the stomach.

as part of the training, the Coordinator called for proper storage and handling of the egg, the need to avoid overcooking, adding, “eggs only take between two to three minutes to cook”.

She also spoke against myths and misconceptions that eggs were only good for administering curses, and not good for pregnant mothers, adding, “no science supports these activities, rather pregnant mothers need more eggs for their development and that of the unborn child”.

The country, she announced, had developed pictorial quality standards for edible eggs in shell to regulate the production of eggs.

The quality standards developed together with the Ghana Standards Authority, the Ghana Poultry Project and the Ghana National Egg Campaign Secretariat would ensure a harmonized environment for production and sales to achieve optimum benefits from eggs.