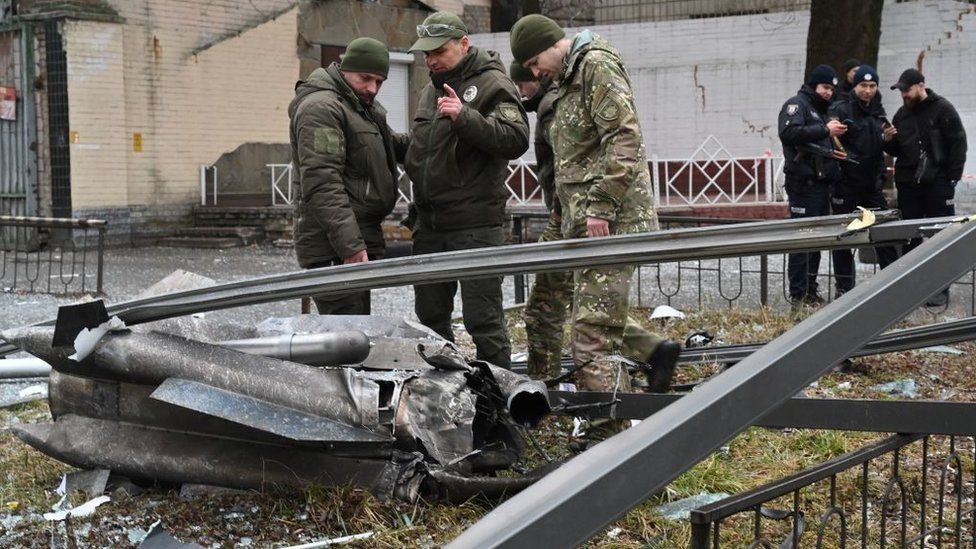 Ghanaian nationals have been directed by the country’s Ministry of Foreign Affairs and Regional Integration to seek shelter after Russian President Vladimir Putin launched a wide-scale, pre-dawn attack Thursday against Ukraine.

The Ministry of Foreign Affairs and Regional Integration in a tweet said it was gravely concerned about the security and safety of over 1000 students and other Ghanaians in Ukraine.

It said it was engaging with authorities in Ukraine and other relevant diplomatic missions on further measures.

The Government of Ghana is gravely concerned about the security and safety of our over 1000 students and other Ghanaians in Ukraine and has asked them to shelter in place in their homes or in government places of shelter, as we engage the authorities, our relevant diplomatic missions and our honorary consul on further measures” the tweet said.

Meanwhile, the National Union of Ghana Students (NUGS) has called on government to take urgent steps to evacuate students from Ukraine and Russia.

We believe that the model used for the evacuation of students from China at the peak of the COVID-19 pandemic could be adopted in this instance as well. We are thus asking for the evacuation of students from the Eastern Provinces of Ukraine which is the present nucleus of the conflict, and out of Russia as the country may pose an overall hostile environment to our students.

Read also: Why oil prices are crashing and what it means

Students may be temporarily resettled in the Western provinces of Ukraine which remain calm at present, or most preferably, out of the country altogether and back home till a resolution is reached on this crisis,” a statement issued on Thursday said.

It was not immediately clear how extensive the damage or casualties were in the initial stages of the assault, but Ukrainian authorities said Russian forces had struck military assets and other important defence facilities and were attacking border units. Explosions were heard thudding across cities throughout Ukraine, including in the capital, Kyiv.

US President Joe Biden condemned the “unprovoked and unjustified attack” shortly after it began and vowed that the world would hold Russia and Putin accountable for the aggression, which threatened to create global upheaval and escalate into the largest military conflict on European soil since the end of World War II.

President Putin has chosen a premeditated war that will bring a catastrophic loss of life and human suffering,” Biden said in a statement after Putin announced military action against Ukraine.

Just minutes earlier, President Putin had said in a televised address to his country that Russia will conduct a military operation in eastern Ukraine.

The Russian president said the attack was needed to protect civilians in eastern Ukraine — a false claim the U.S. had predicted he would make as a pretext for an invasion. And he claimed that Russia doesn’t intend to occupy Ukraine but will move to “demilitarize” it and bring those who committed crimes to justice.